To mark their new show that opened this week at BC Gallery, the 10 member France-based collective known as “Da Mental Vaporz” release this panoply of inventive and tight wall work and, as it turns out, canvasses. It is reassuring to see original thinking and solid skills still can win the day, and good to see artists sticking together to make great collaborations.

“The works of these artists can speak for themselves independently, differentiating from each other mostly in medium as in style and technique that which as soon as they are shown in a common context, creates an extraordinarily interesting and thrilling relationship. As can be deduced from the name ‘Da Mental Vaporz’, which, translated, means “The Vapors of the Psyche” it is for the artists a matter of concern to make the observer aware of the abyss of the personal psyche.” – from the description on Vimeo.

YZ – Lost in the City

YZ takes us on a trip through her city and invites us to get lost with her. For those non-French speakers, it is still a rewarding discovery that comes two thirds of the way through the small film that features jazz rhythms that wend you through the avenues of Paris, the suburban streets and into her studio.

“All of my family – my dad, my grandpa, they all are hunters,” says Nychos at the picnic table as he explains his fascination for slicing apart animals and allowing us to see what organs and systems are arranged within. While listening to heavy metal you learn that Nychos was elated when he discovered his love of depicting dissection in graphic detail. He said, “Okay this is something I can stick to and go crazy on it.” May we all be so fortunate to find that thing too.

“It’s like looking at a collection of hunting trophies severed from their natural environment,” our narrator intones, “stuffed into frames and soon to be seen by the privileged few”. Fair enough, you say, as long as I’m one of them. Wendy Hurrell says in her description of her new documentary “Stealing Banksy”, that she has been following Banksy’s work for a decade or more, and “it has been my privilege to wallow through the moral dilemma that is taking his works from the streets, legally and selling them for charity – never to be seen by the masses again.”

The Blind Eye Factory shot this very large mural painted on the wall of a cemetary for the 2014 Memorie Urbane Street Srt festival in Gaeta, Italy 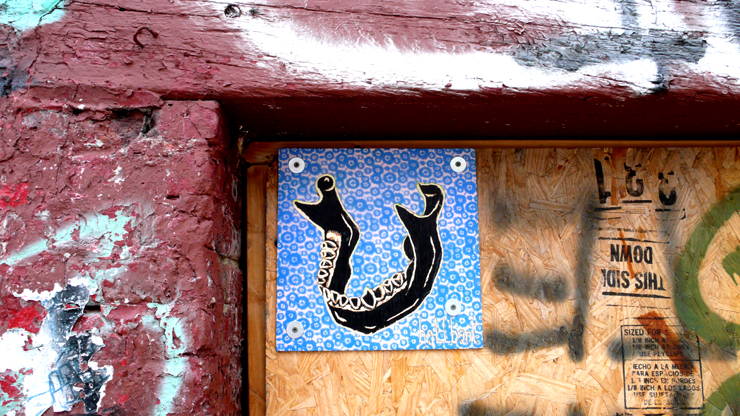 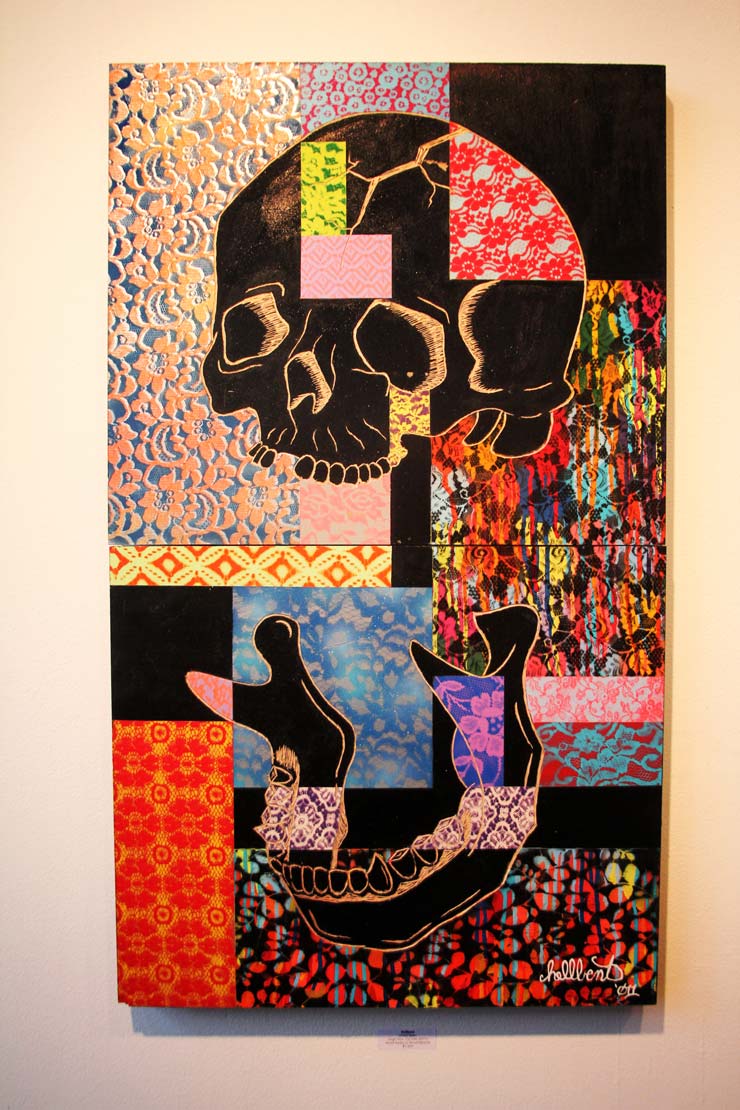