You know that a Street Artist is heading toward serious consideration as a collectible artist, no, painter, when they begin invoking the imagery and trappings of European so-called classicism. Here Rone temperately unveils the sweeping view of an estate, the tinkling of grand ivories, the complex mourning of strings, the long veiled windows of the sitting room. It all serves as a set piece for a portrait of the light-skinned royal. This one takes the entire wall and has no gilded frame. But it does have drips, so you know we’re keeping it real, bro.

No candalabras, you ask? Hang in there, Whitaker, they’re coming.

A secret installation inside the Burnham Beeches mansion in Sherbrooke, Victoria, the artist has a velvet crush on the ghosts who may still live here. He sets the stage for their and invites you to tour the handsome estate just east of . Bring your gin and vermouth, darling, and enjoy the EMPIRE, while it lasts.

Switching hemispheres, we fly to lake Översjön in Stockholm and find Vegan Flava writing in the snow, contemplating existence.  First he sets the pristine stage of this two chapter story. Or rather nature does.

Then he defiles the crystalline palette with aerosol (biodegradeable black chalk), smudging matter together like a charcoal portraitist. As the camera pulls away we see the portrait, or relic in the snow.

“How we produce food, consume, and the burning of fossil fuels leaves the footprints of collapsed ecosystems,” he says, “melting the worlds glaciers, dead ocean floors, logged and burned forests, dirty air and waters.”

Sometimes the most impactful art is the kind that begins the conversation with you and can go deeper with you if you would like it to, but can stay on the surface if that is all you can countenance on that particular day.

Perhaps the rapid romance that fans have had with muralist Nina Chanel Abney is her self-described approach of creating “deceptively simple investigations of contemporary cultural issues.” on exhibition at ICA Boston, her work is described by the organizer as “Deeply invested in creating imagery that is legible and accessible, Nina Chanel Abney (b. 1982, Chicago) is known for weaving colorful geometric shapes, cartoons, language, and symbols into chaotic and energetic compositions.”

When you are ready to go there, she will too. Ready? Let’s go! 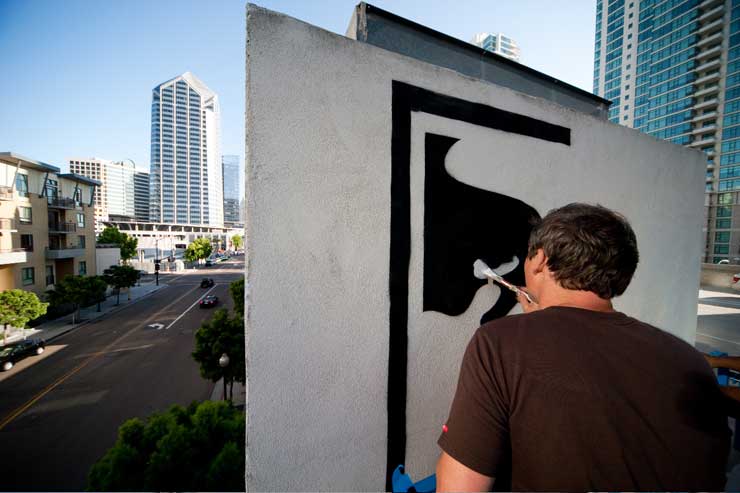 It’s very exciting to be a part of a growing and ever-evolving art movement comprised of so many diverse artists and talents.  Among them of course are the photographers who enable us to see what is happening without leaving our computers. Sometimes they are simply documenting pieces so you have the opportunity to see what the street artist created.  Other times a photographer will open other doors of understanding, write a bit of poetry with the moment.

We are so impressed with Geoff Hargadon and his deft positioning of the frame and his storytelling ability.  During the installation of the city-wide street art show “Viva la Revolución” that is running right now in San Diego, Hargadon was given unprecedented access to the artists as they immersed themselves in their work. We asked Geoff to tell us a story with his images of that exceptional experience. 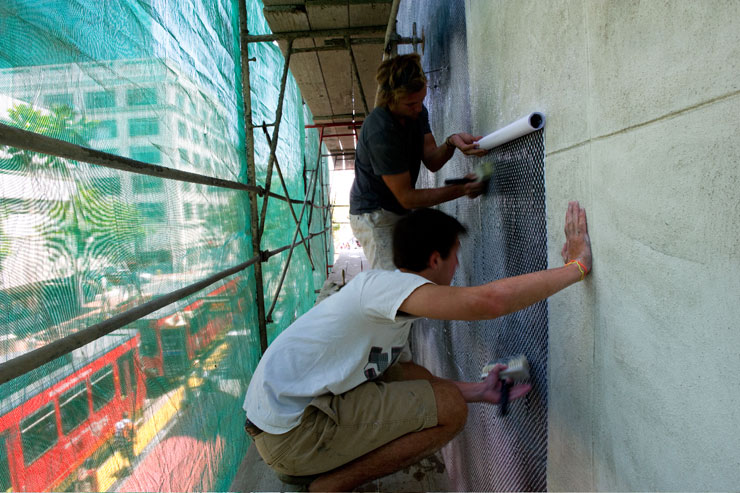 ” ‘Viva la Revolución,’ curated by my good friend, Pedro Alonzo, opened last week at the Museum of Contemporary Art San Diego. Pedro and I got to know each other well during Shepard Fairey’s museum show in Boston at the Institute of Contemporary Art, which he also curated, and through that show he became acquainted with the photography I had done on Shepard’s work in Boston and Miami. When I heard he was putting this show together, with 20 of the best artists in the world, I urged him to document the outdoor work well, and offered to spend 10 days following the artists around.

My proposal was to be everywhere at once, and to get as close to them as possible without getting in the way. Without exception, the artists were gracious and welcoming. The result was 45GB of photographs, from which the museum will select a bunch for inclusion in the show’s catalog, media coverage, and potentially some commemorative prints. Here I have selected, with some difficulty, a handful that attempt to capture the diversity of the work, the varied processes the artists used, the wide range of locations in San Diego, and the spirit of street art itself.” 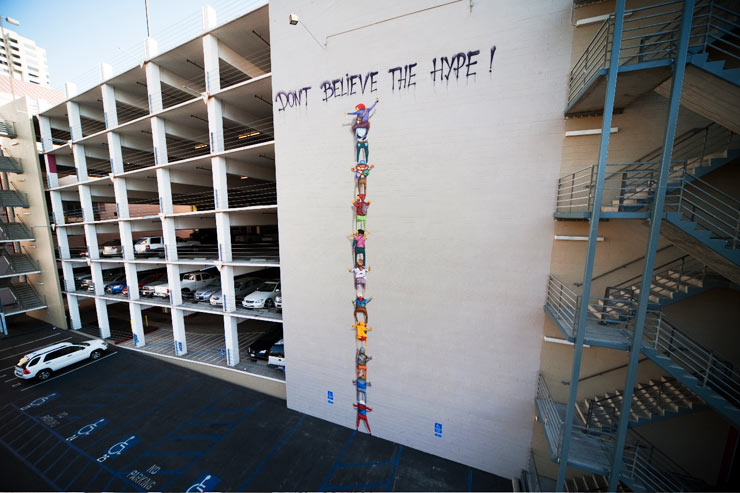 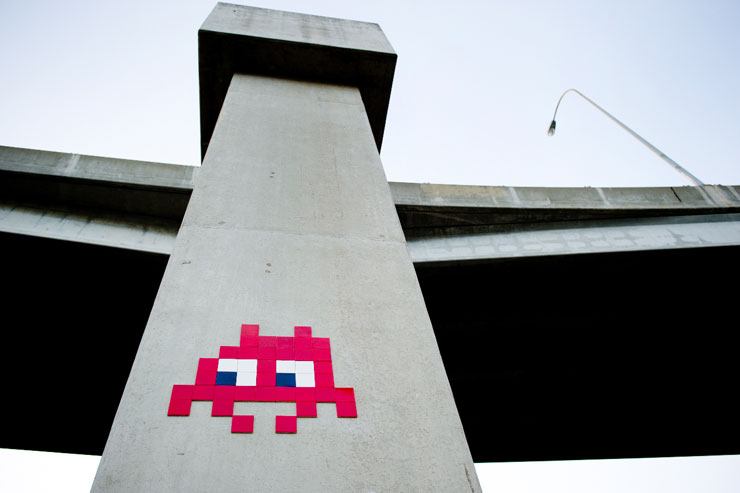 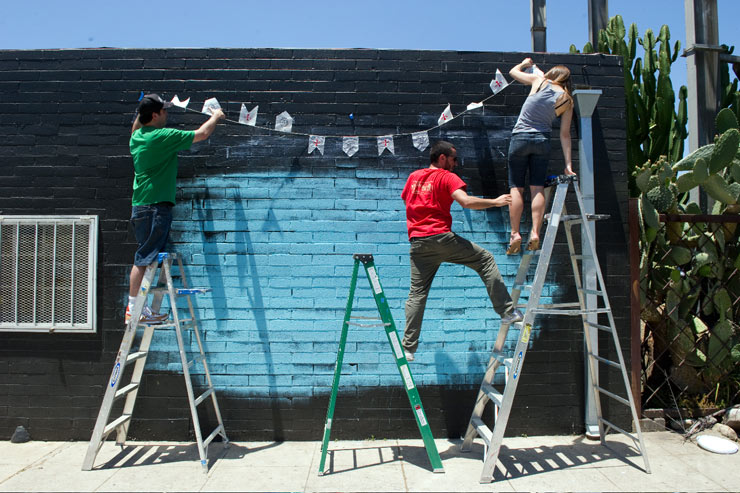 The preparation of a piece by Stephan Doitschinoff, also known as Calma (© Geoff Hargadon) 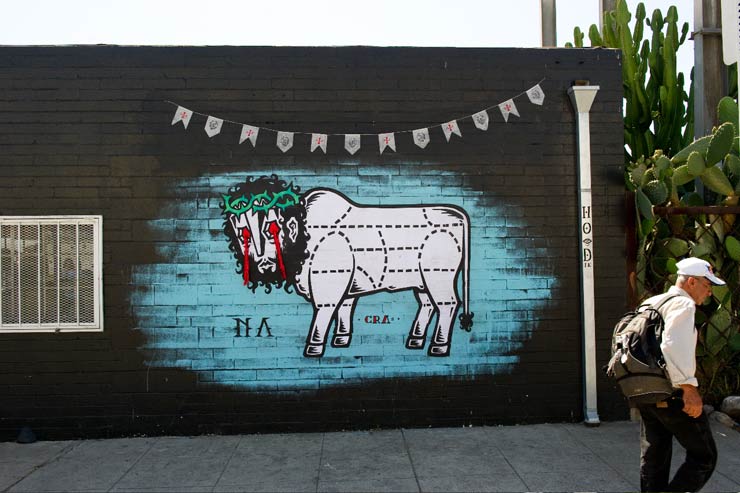 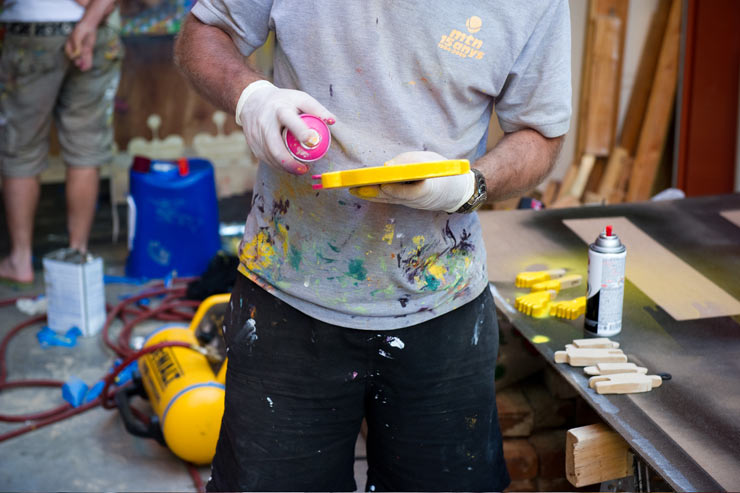 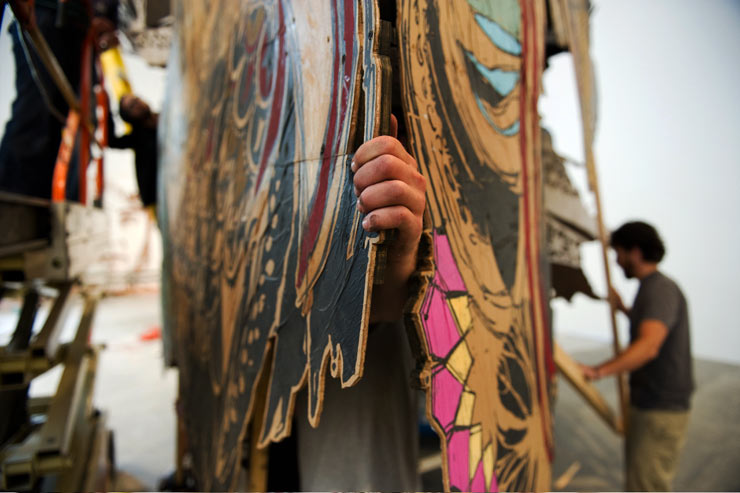 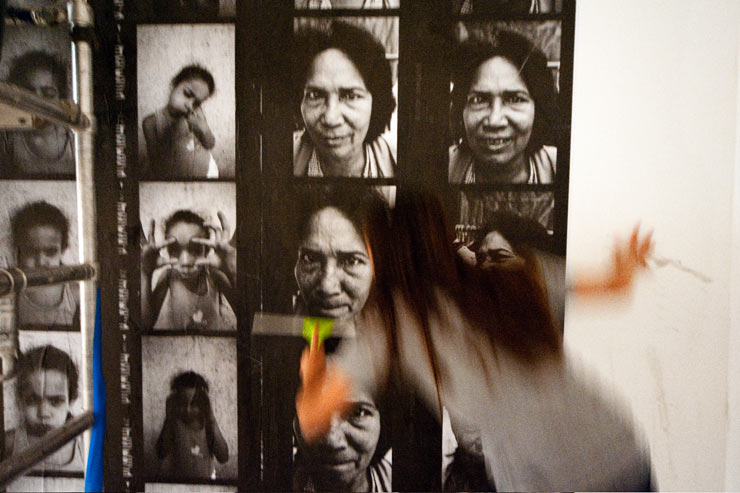 A JR installation in progress with the help of an intern at the museum.”It’s the left wall of a mini theatre in which he shows
one of his recent video works – a brilliant and moving piece.”(© Geoff Hargadon) 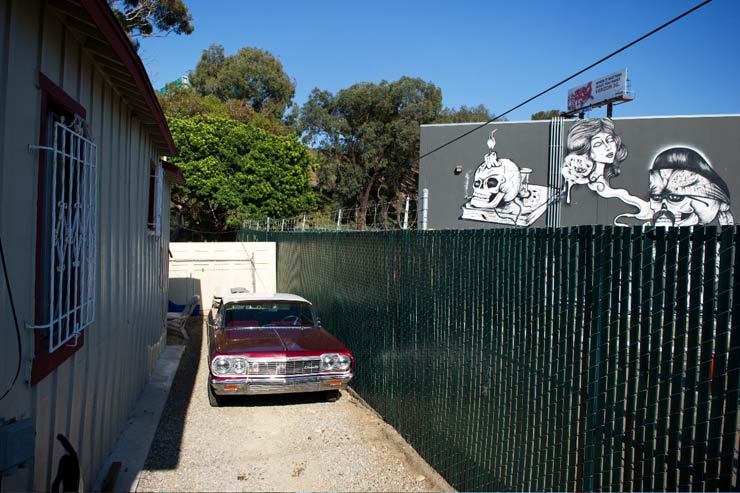 Mexican tattoo artist Dr. Lakra installed a mural in a lot next to this low rider, which continued to beckon him during his work.  (© Geoff Hargadon)