Irish Street Artist and fine artist Conor Harrington is currently visiting his motherland and he has decided to explore the Wild West on walls…he’s been  painting a series of cowboys and cow herders to continue his exploration of manhood and the excesses of bulls and markets. 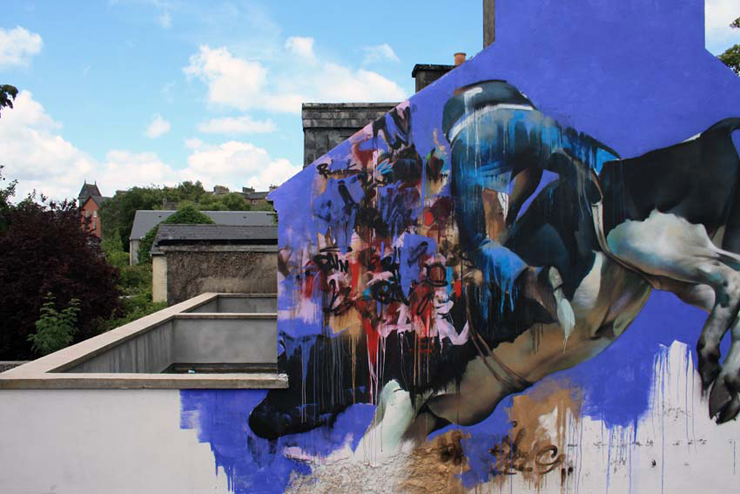 “I’m home in Ireland for 10 days painting a few walls and making another short film with Monsieur Andy Telling. Its a lil different this time, no soldiers or colonial garb. I decided to do a project a little more relevant to what’s going on in Ireland at the moment. For those that aren’t aware, Ireland is balls deep in a recession thanks to the Holy Trinity of Irish corruption – the politicians, bankers and developers.” 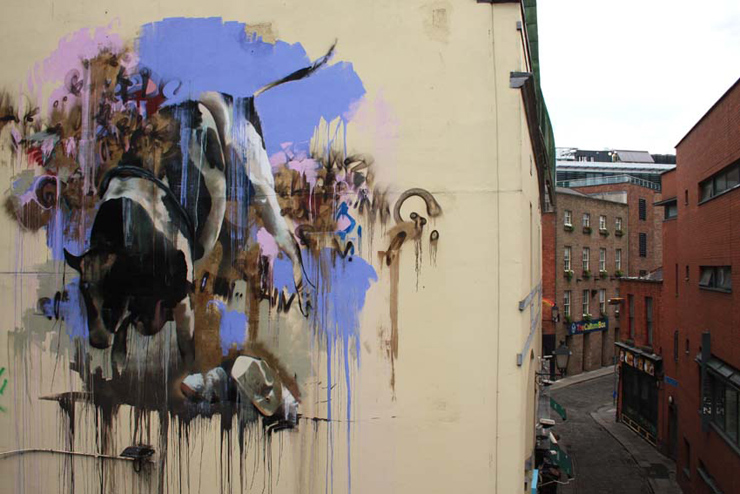 “We arrived in Ennis on Monday evening and started work straight away. Good to be over in the West, took a drive up the coast and even braved the Atlantic for about 3 minutes Painting these spots is always good. People are amazing, they appreciate what you do as opposed to in most big cities where they stand there and think ‘I could do better’.” Conor Harrington

Click here to go to Conor’s site and continue reading….