Before there was the Internet, there were magazines. Just a primer there for the Gen Y kids with the multiple electronic devices sticking out of your pockets.  Paper was used by ancient civilizations (pre-2002) for recording and distributing “content”, not just rolling cigarettes.

Also, Kingbrown is an Australian slang term for a 40 oz beer. There! Now we have your attention! 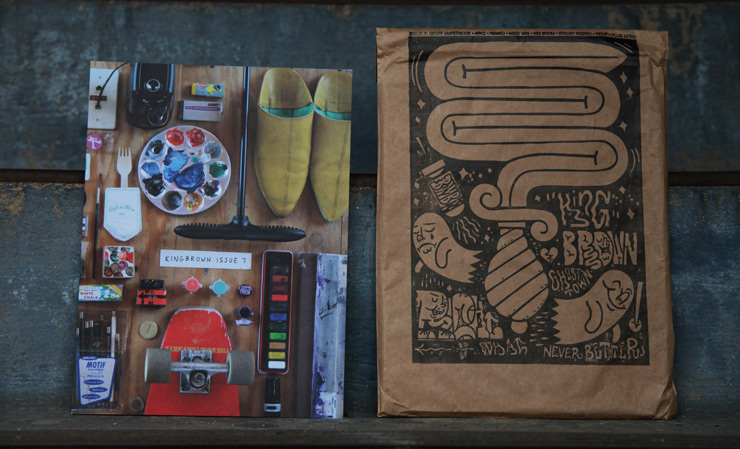 Almost as tasty as a 40 oz is Kingbrown magazine, produced by two guys from Perth, Australia named The Yok and Ian Mutch. Known for quality of design, packaging and smart editorial, Kingbrown has bubbled beneath the surface of many people’s attention on this North American land mass even as the two friends have labored for about six years to turn their view of popular street culture into a rugged and refreshing well-produced magazine.  We are certainly mindful and appreciative of the great efforts that go into making anything happen when you are starting up something creative, let alone producing a high quality printed magazine in an era where digital is king and the costs of printing are sky high.

Now just about to launch their 8th Issue in New York City, Yok and Ian have a lot to be proud of. We took a break from dashing through NYC’s crazed summer city streets to enjoy a quiet minute on a ratty overstuffed couch with an iced coffee to look at their 7th issue in preparation for what we have been told it will be a spectacular Issue # 8. 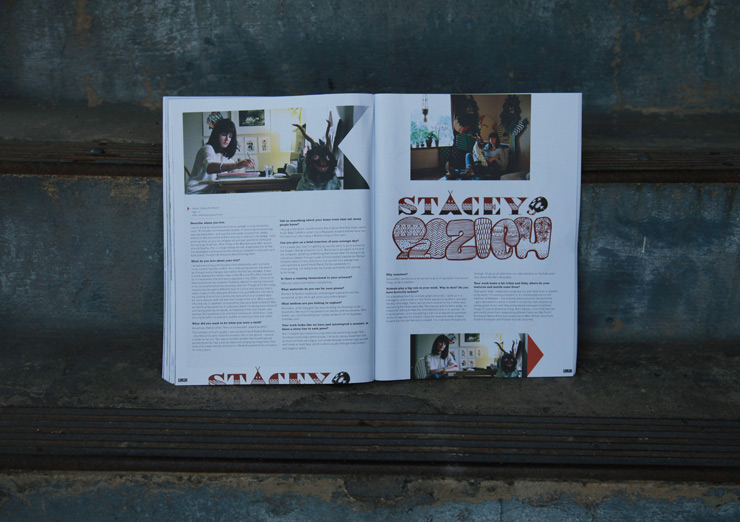 Issue # 7, like all the KB issues before, came wrapped in a silk screened brown bag that’s fit for framing The colorful front and back covers are embossed, crisp and clean. The content, which is what matters, is dedicated to 14 different artists from several countries with interviews and images of them working at their studios as well as photos of their work on the streets and/or for the gallery. It’s always good for people who follow Street Art to pause for a moment to read about what’s behind the art that they see on the streets. These interviews in Issue #7 give you a glimpse into the world of the artists and the genesis of their artistic output.

We selected some images from a handful of the artists profiled in Issue #7 to share with you in the hopes that your interest would piqued to support this magazine, first by buying it and secondly by going to the launch opening of Issue #8 this Thursday, August 26 at Klughaus Gallery in Chinatown, Manhattan. Click on the link on the bottom of this posting for further details. By the way, this is not a paid advertisement in case you were wondering. 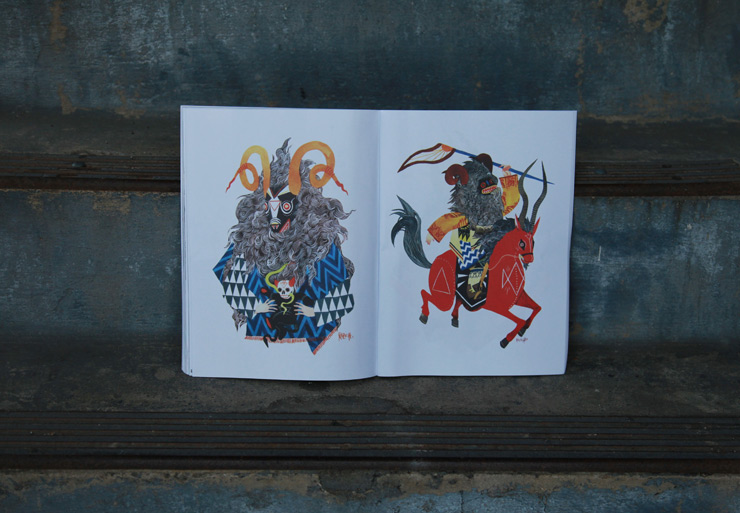 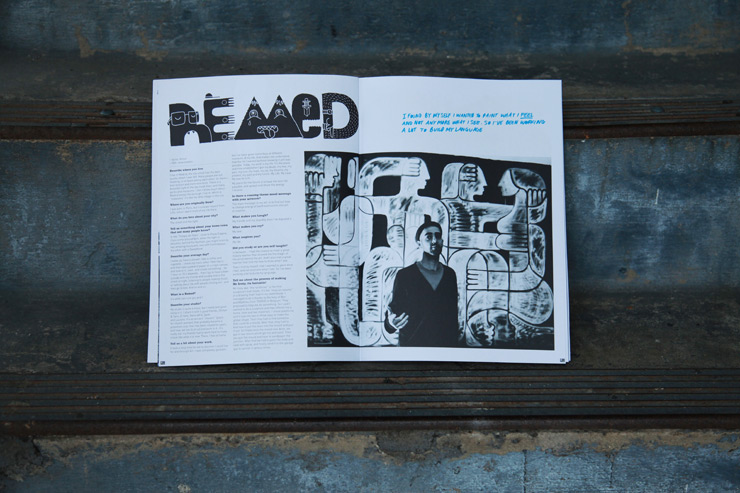 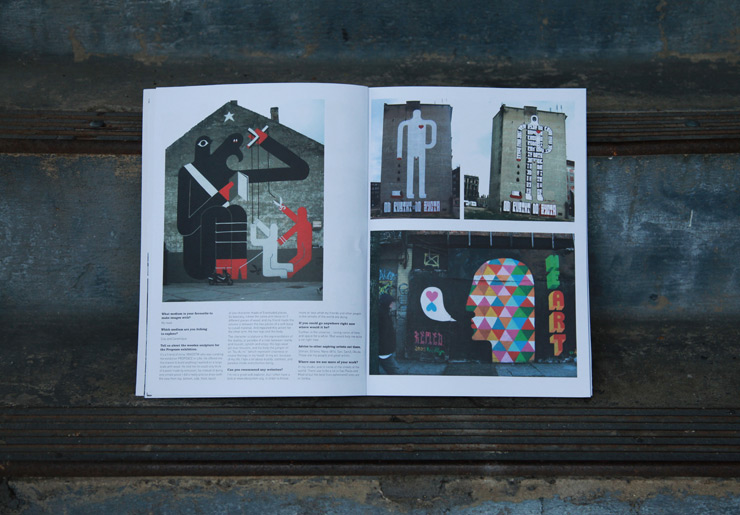 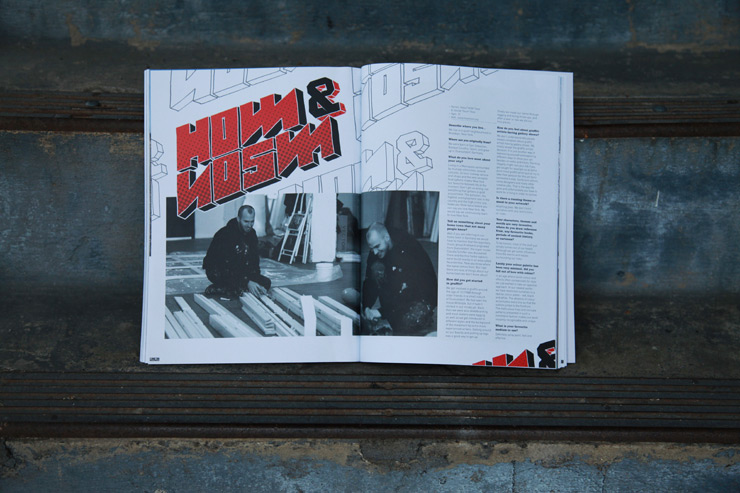 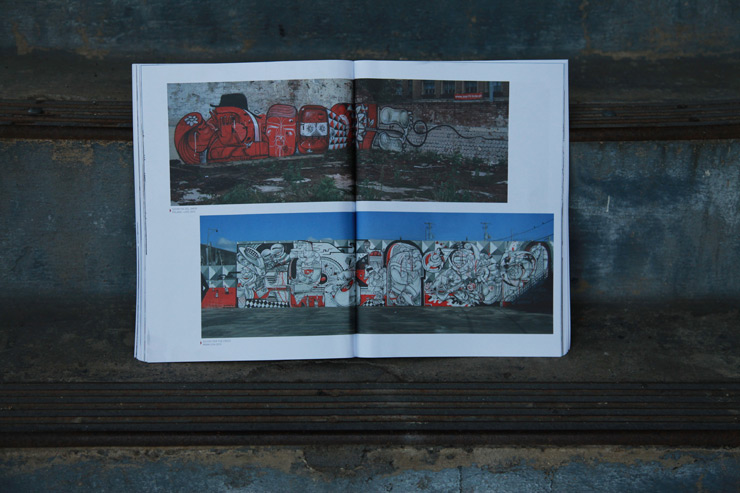 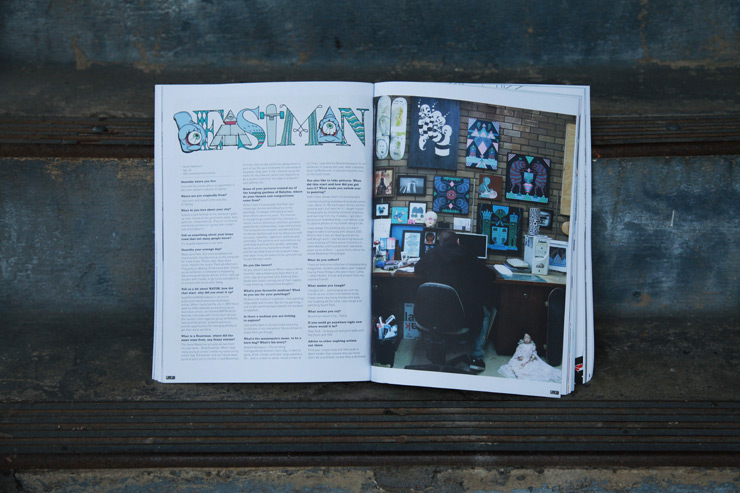 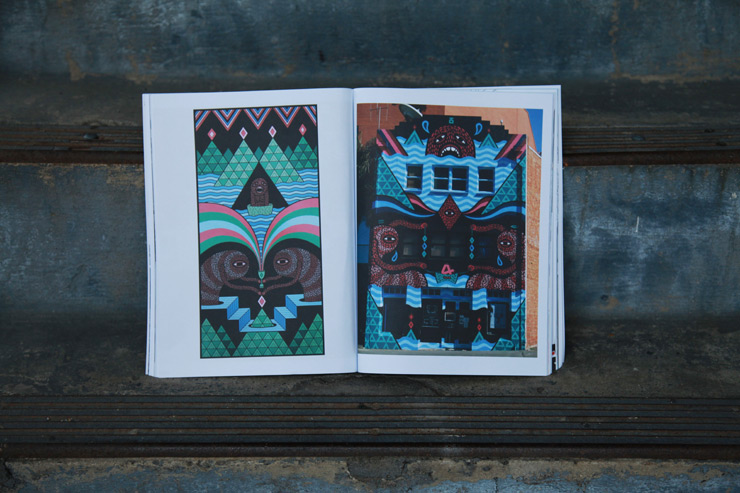 Click here for further information regarding the opening reception for the launch of Kingbrown Issue #8 at Klughaus Gallery.