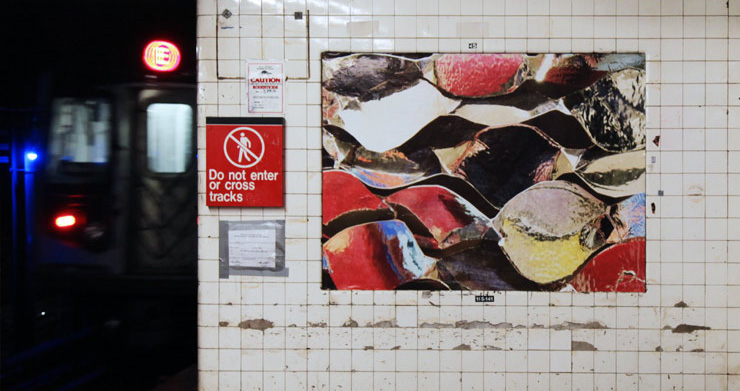 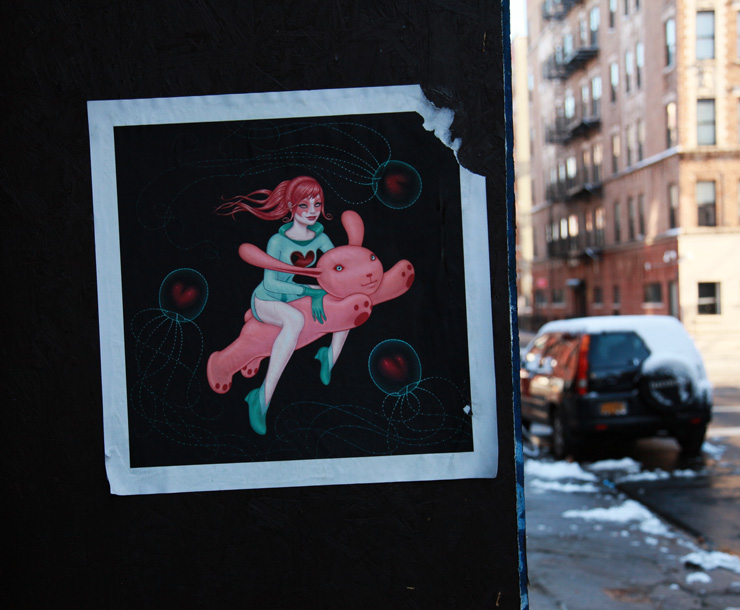 Our top image: Tara McPherson is not usually someone whose work you see on the street but here it is… (photo © Jaime Rojo) 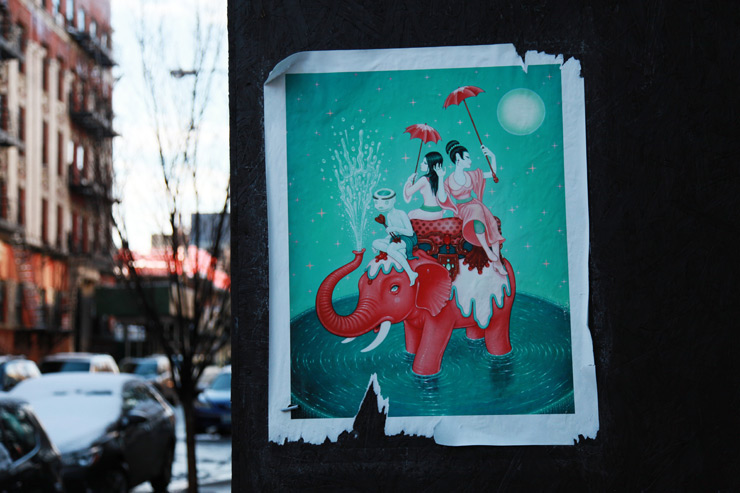 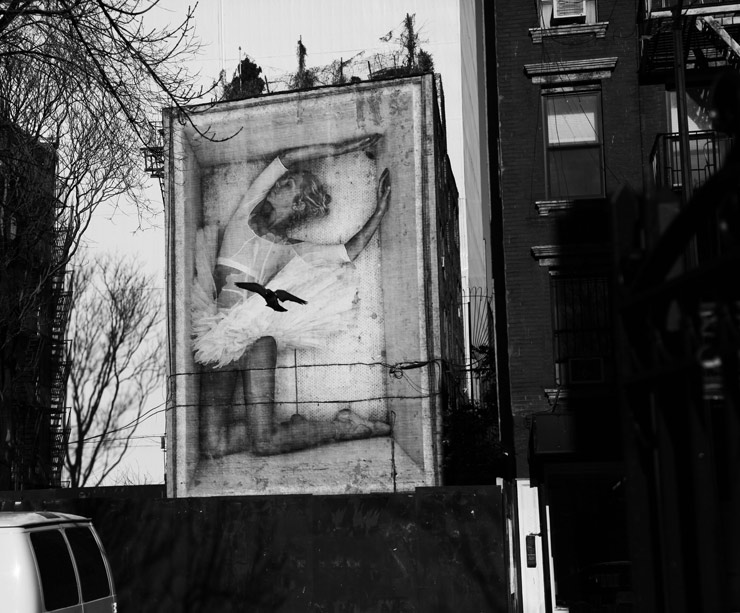 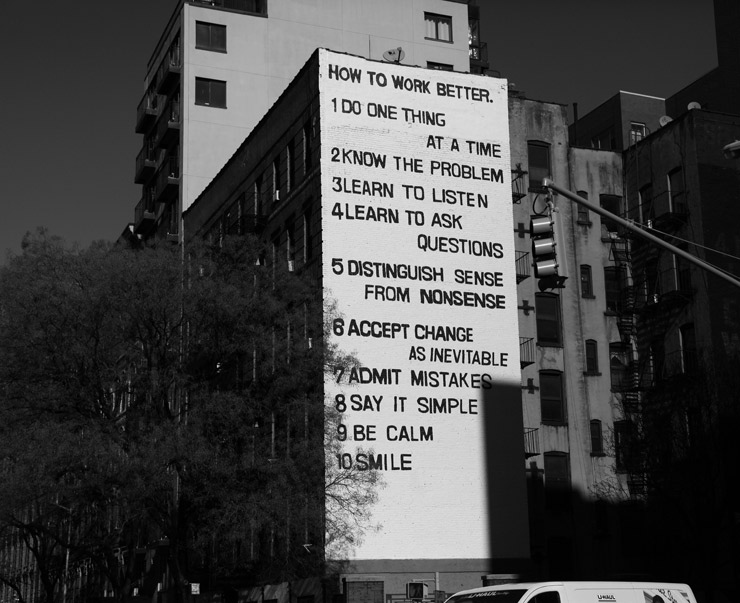 Artist Unknown or is this mural an advert? Actually, the latter. The Guggenheim uses this ten-point motivational sign to advertise the restrospective of Swiss artists Peter Fischli and David Weiss. According to the artists the original sign was found in a factory in Thailand. (photo © Jaime Rojo) 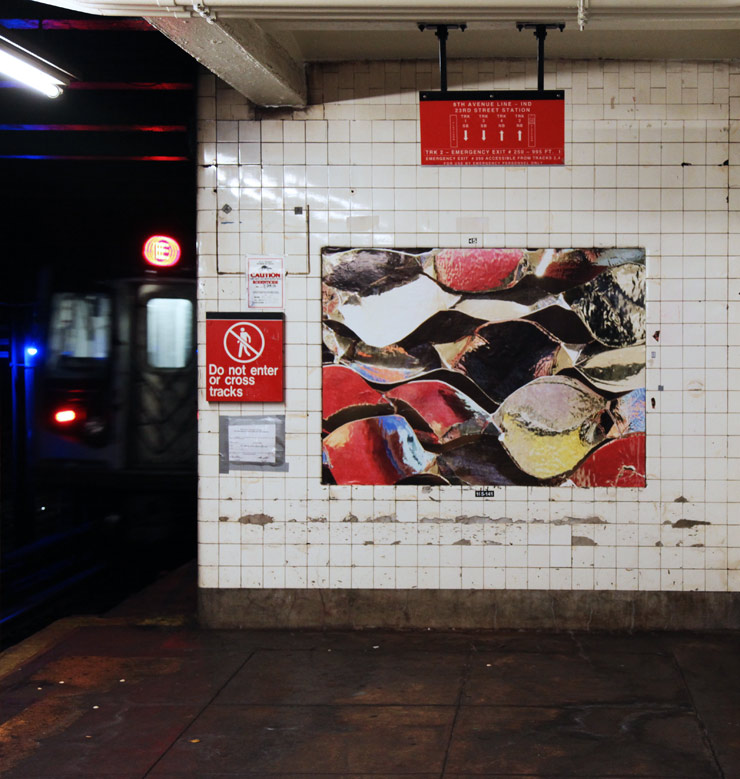 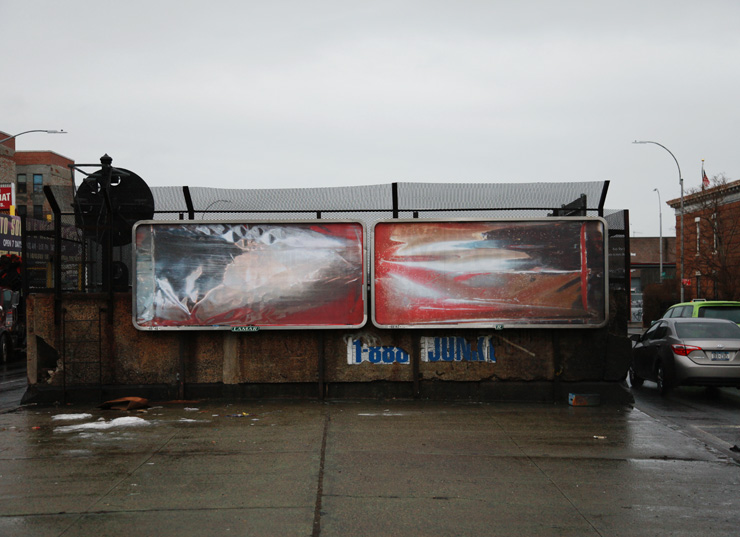 Specter does an abstract billboard take over in Brooklyn. (photo © Jaime Rojo) 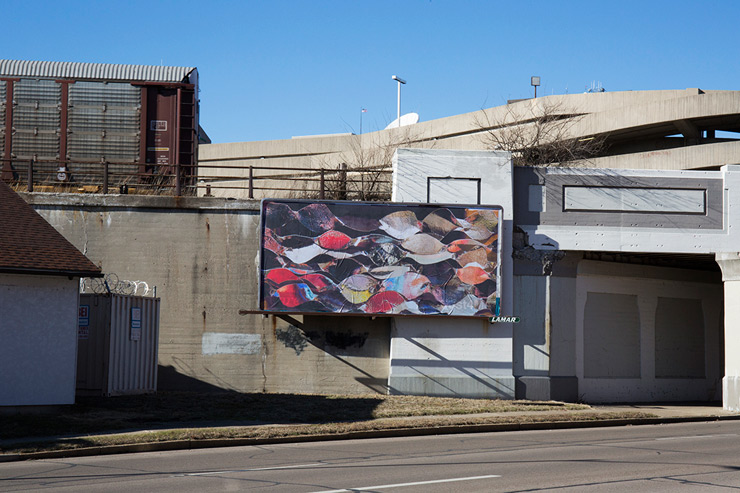 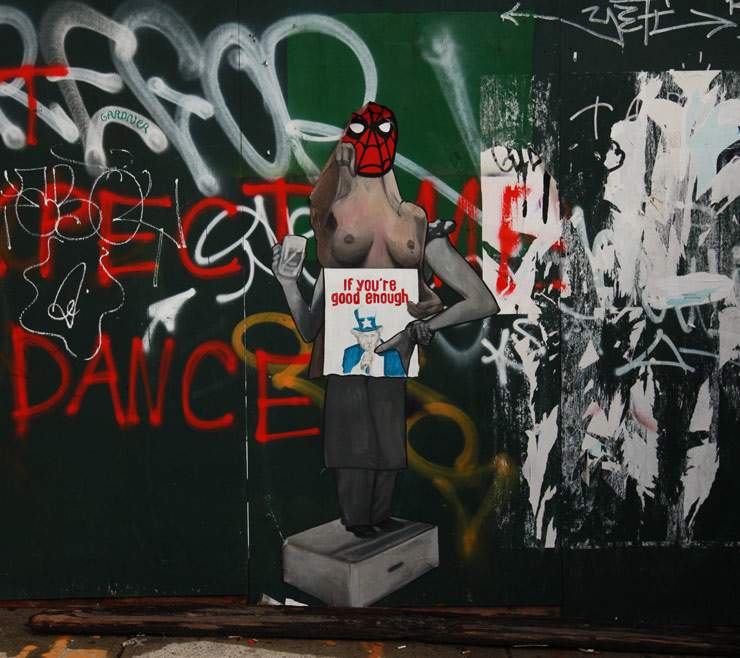 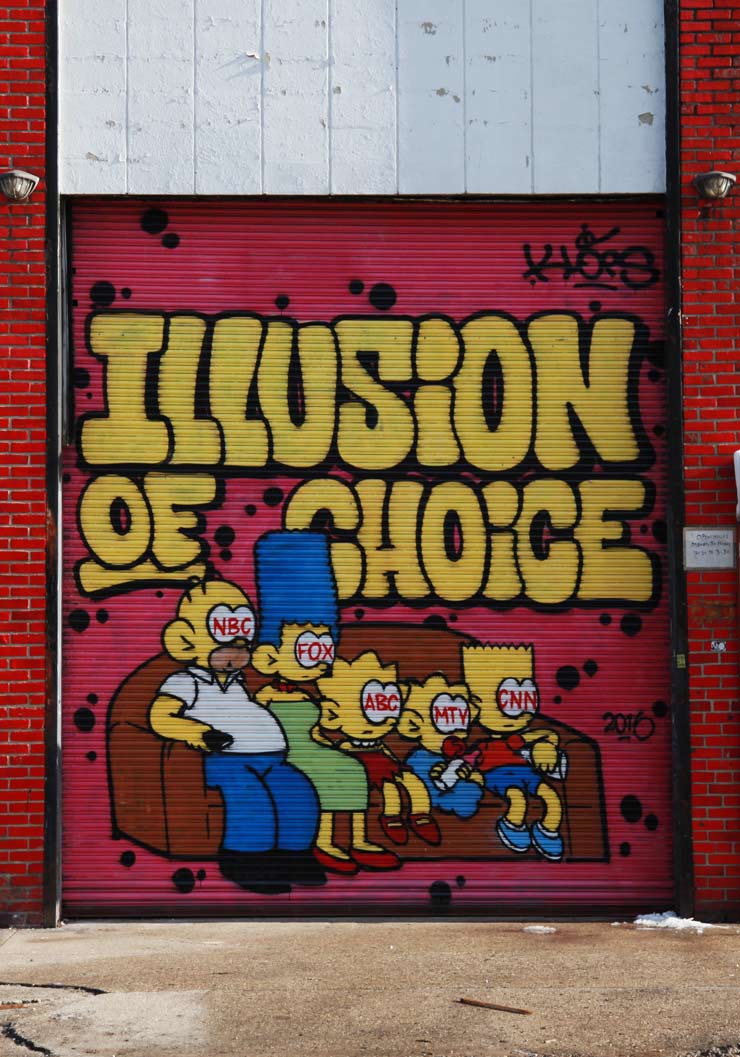 Klops for The Bushwick Collective illuminates the concentration of 90% of the media in the hands of 6 companies. In 1983 there were 50. (photo © Jaime Rojo) 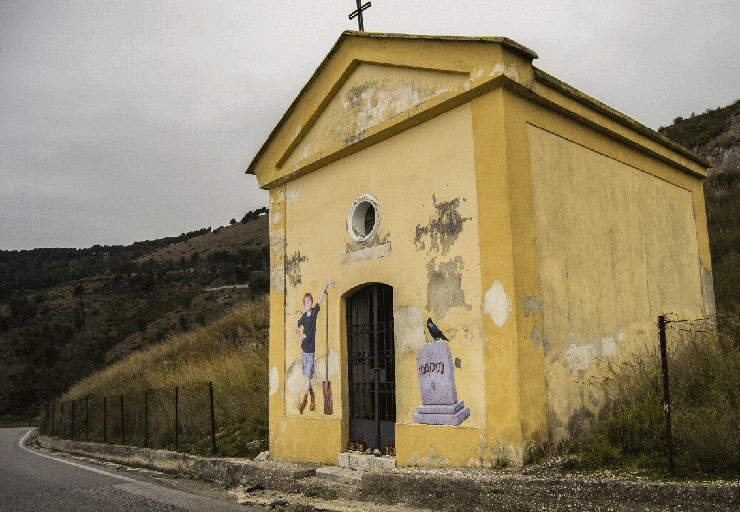 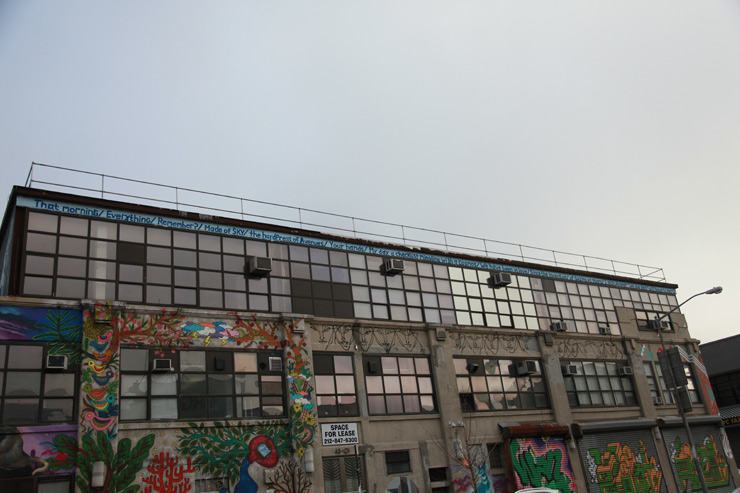 The sky poem along the top reads: That Morning / Everything / Remember? / Made of SKY / The hardpress of Avenues / Your hands / My day a checklist mingling with a cosmos / We have been in love / Since the invention of gazing at stars / I still whisper “We one day / will have to party”/ 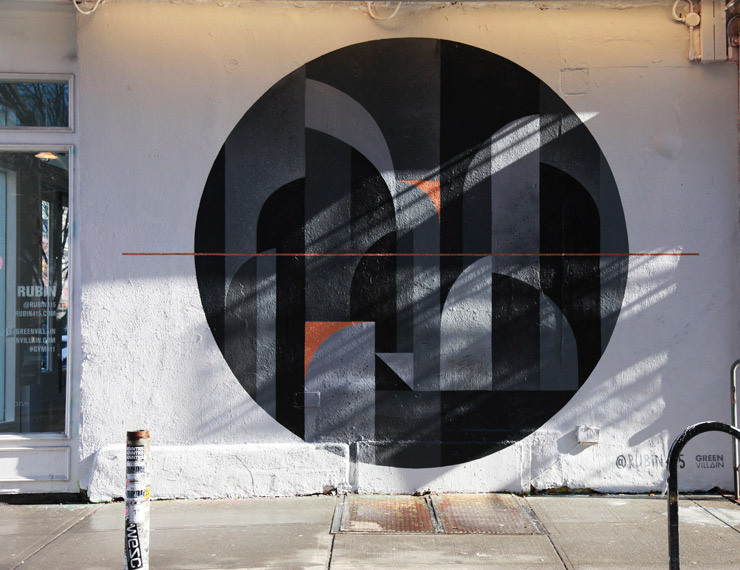 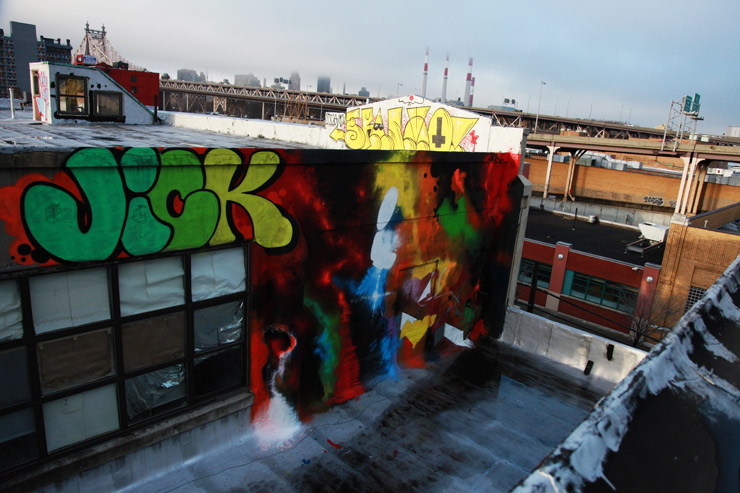 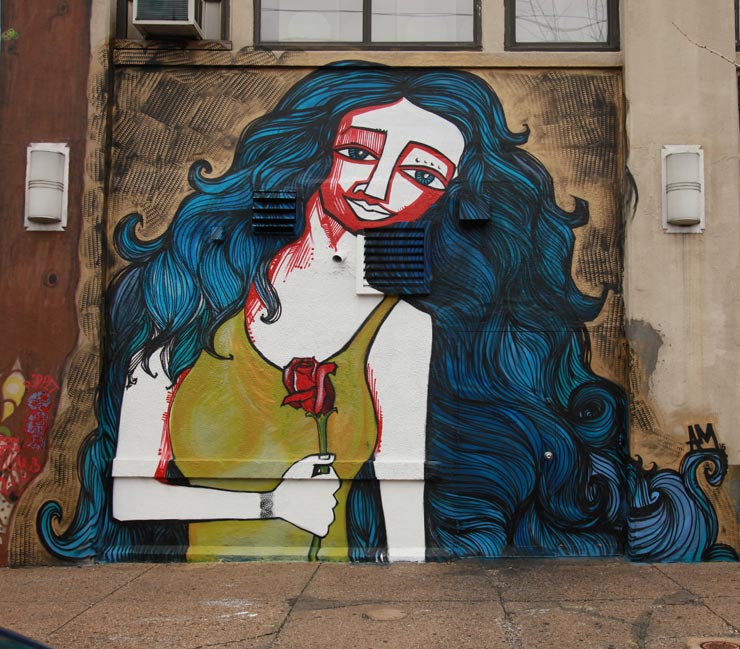 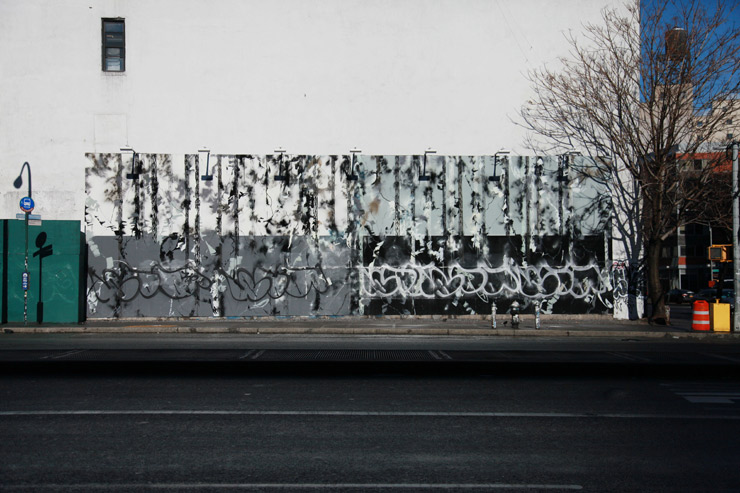 Futura dissed. This is Futura’s Houston/Bowery wall in Manhattan which we published as he was painting it. Honestly! Actually, now that you see the choice of black on grey and white on black, you may even say this is a collaboration. (photo © Jaime Rojo) 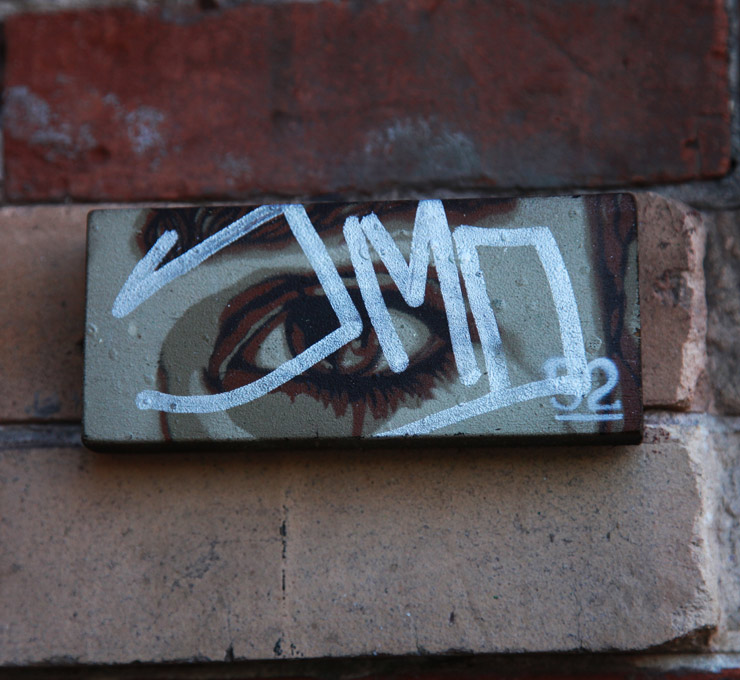 92. Apparently in fact there is no respect; Neither for the masters nor for the emerging artists. (photo © Jaime Rojo) 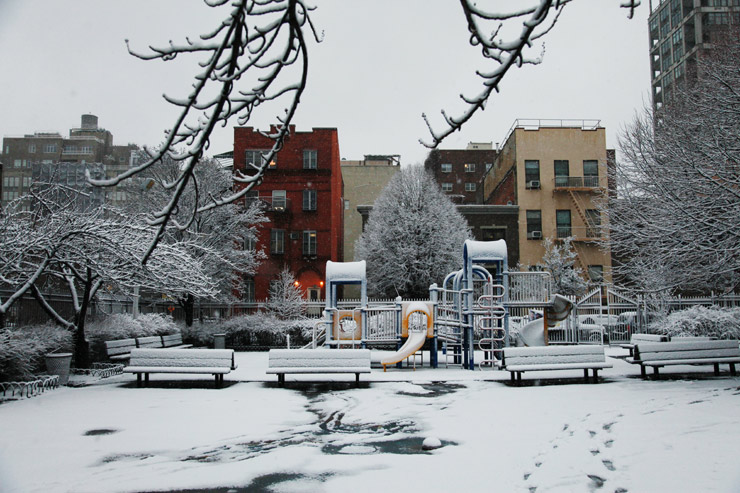