Well, it happened. May Day Arrived.

The immigration reform marches
in major cities across the U.S.?

The day that the British Petroleum oil spill
started lapping up on gulf shores?

The occasion of a mis-fired car bomb in Times Square? 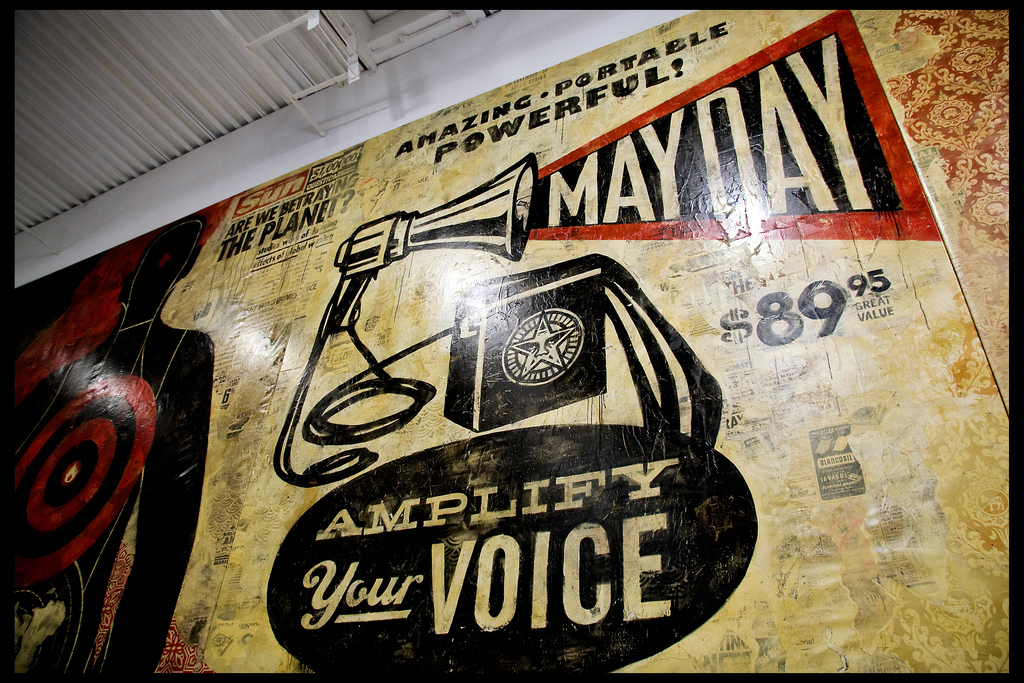 Part of the MayDay Mural piece displayed – a mirror image of the mural on Houston Street nearby. (photo © Reana Kovalcik)

The crowds bloated the streets outside, possibly dwarfing the crowd inside. Some old-timers said attendance may have also dwarfed the famed Haring and Hirst shows of years past and there was plenty of visual stimulation on the pavement, including a motorcycle gang and a fair amount of actual street art to gander, so even those hapless who were penned outside the formal show didn’t seem hopeless. 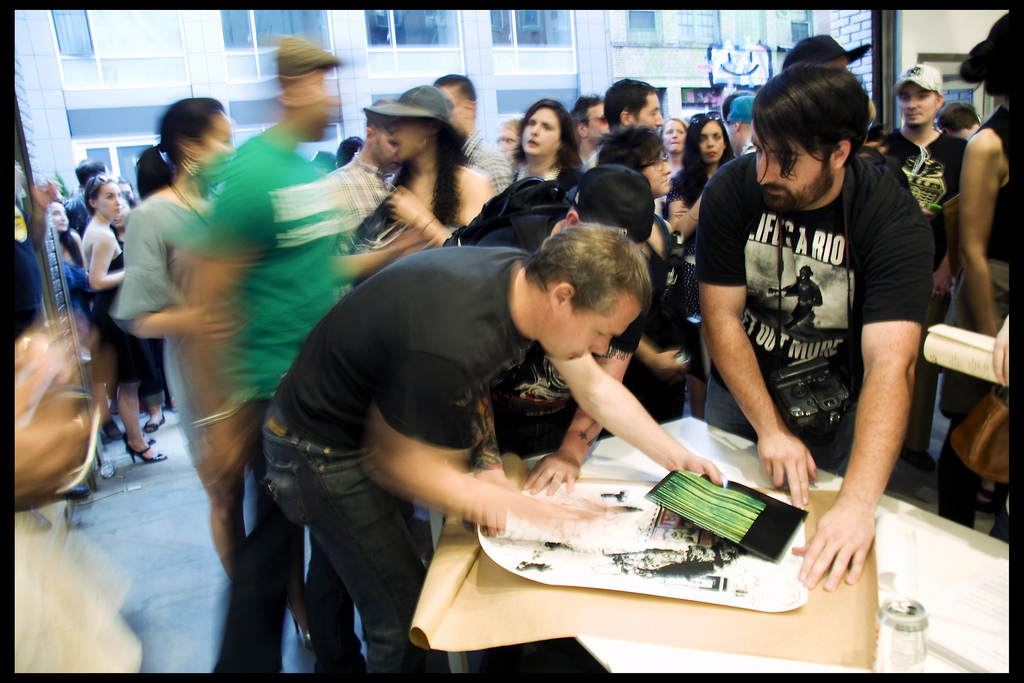 The artist signing work for his fans (photo © Reana Kovalcik)

The artist and the gallerist were in attendance, which is always nice, and minions of fans and insiders mixed with assorted downtown celebrities and catty journalists.  Mr. Fairey, in an interview with BSA earlier in the week , told us that HYPE is everywhere today, and one could say that the air felt kind of warm and summery thick with it. 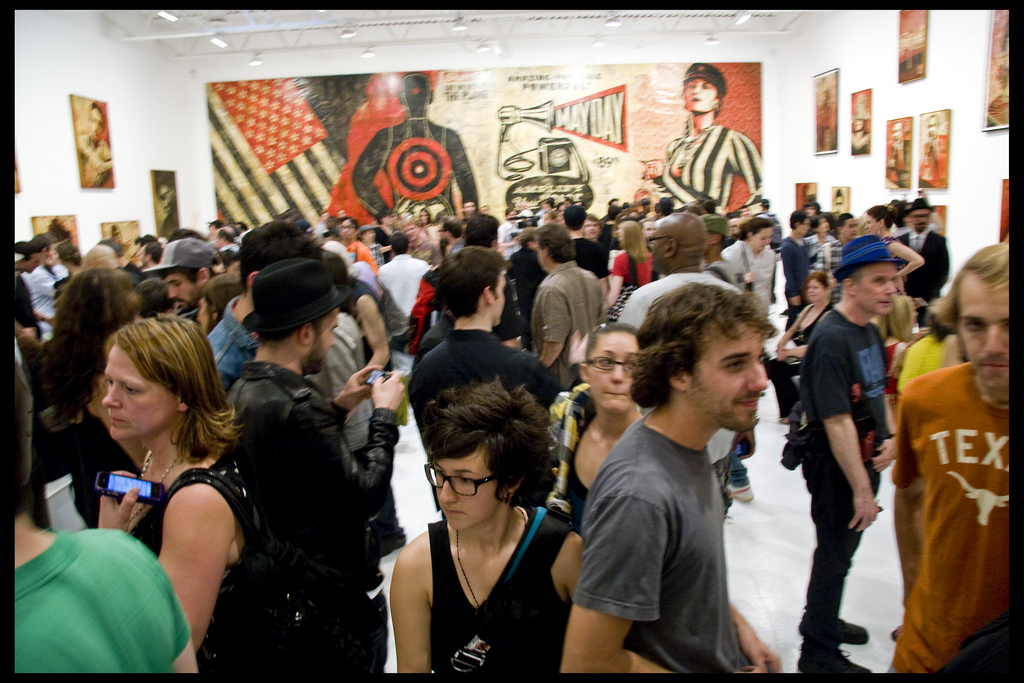 And fun!  Did I mention Fun? 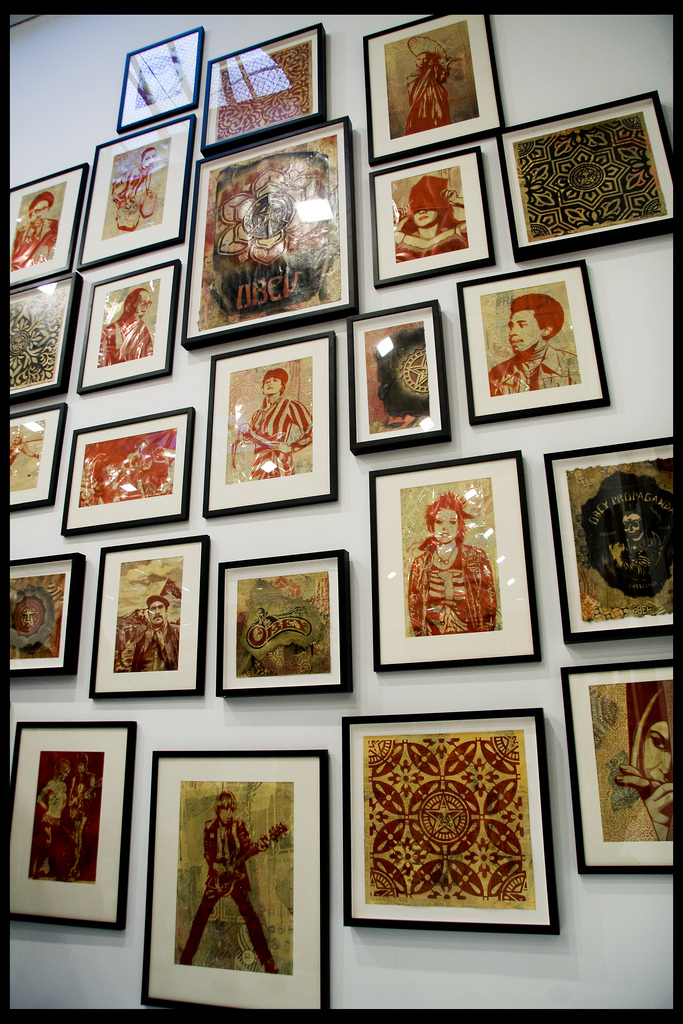 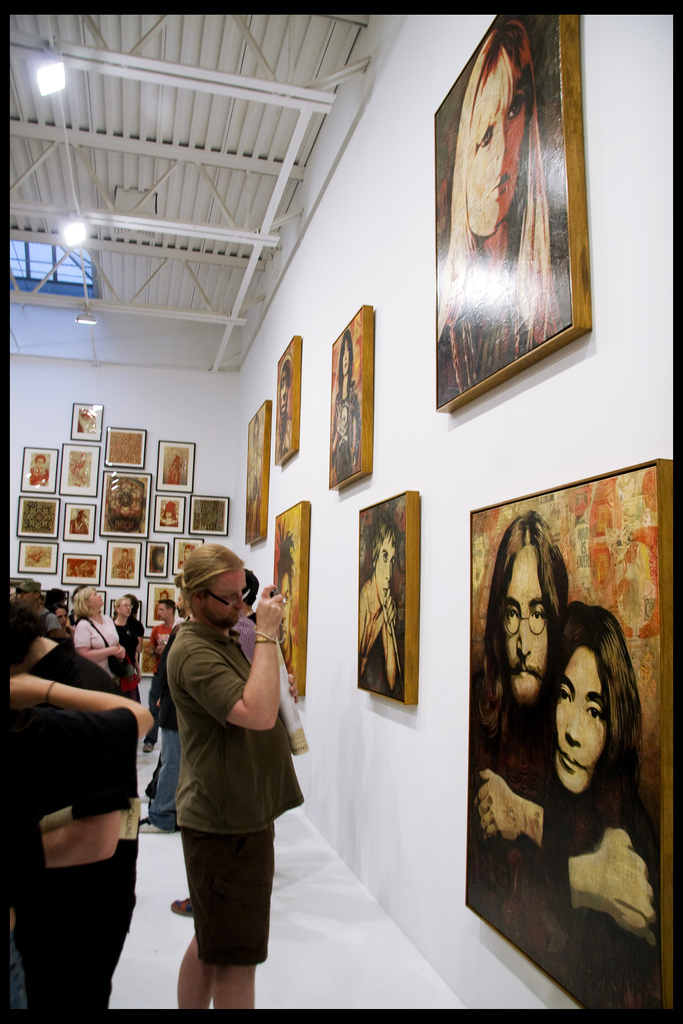 John and Yoko in the foreground (photo © Reana Kovalcik) 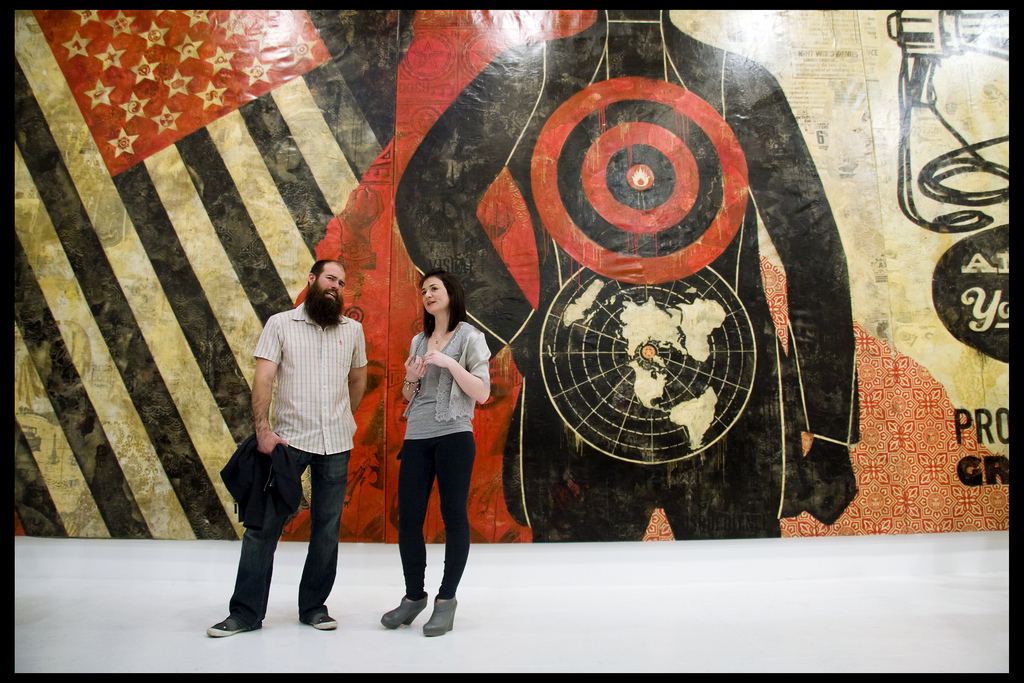 A little Brooklyn style was in the house. (photo © Reana Kovalcik)