Our preferred punk rock lopsided Anti-Fair, Fountain, is in full effect right now and this year is showing Street Artists like none of the stuffy one’s could bear; Just one step removed from the street. Some of New York’s current players hit up a 100 foot long wall with whatever they wanted. The eclectic result is a bit more “finished” than raw, but it’s a cross-section of chaotic influences  that feels authentic.  Here are a few shots of the art from the wall, followed by pieces inside the main exhibition. Fountain is running right now and has a musical show planned tonight with Ninjasonik and NSR and a Lomography Picture Party featuring thousands of blinding flashbulbs. 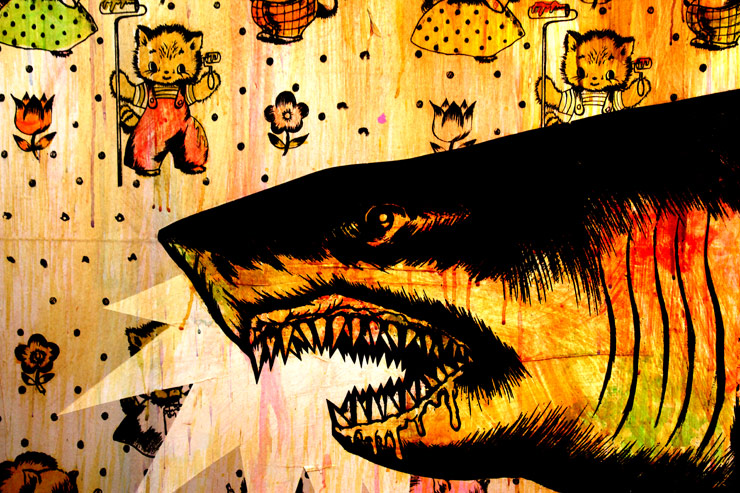 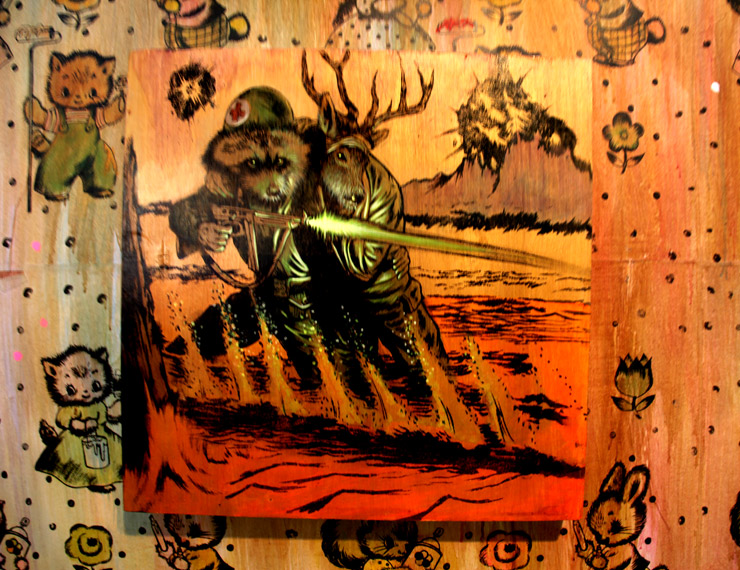 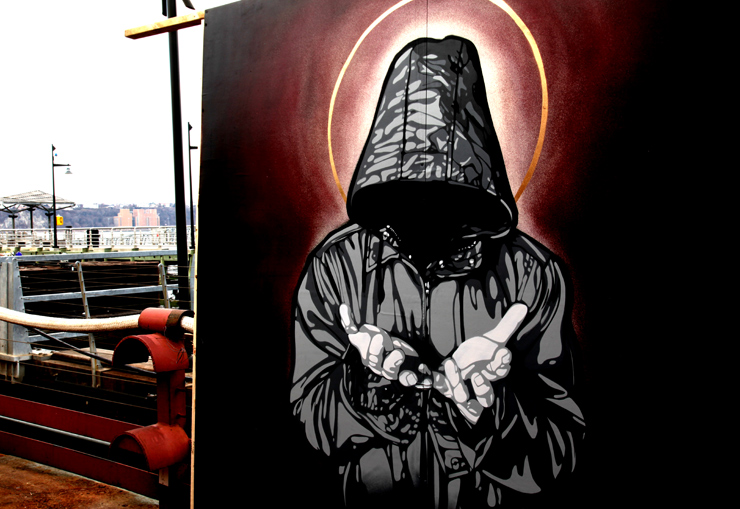 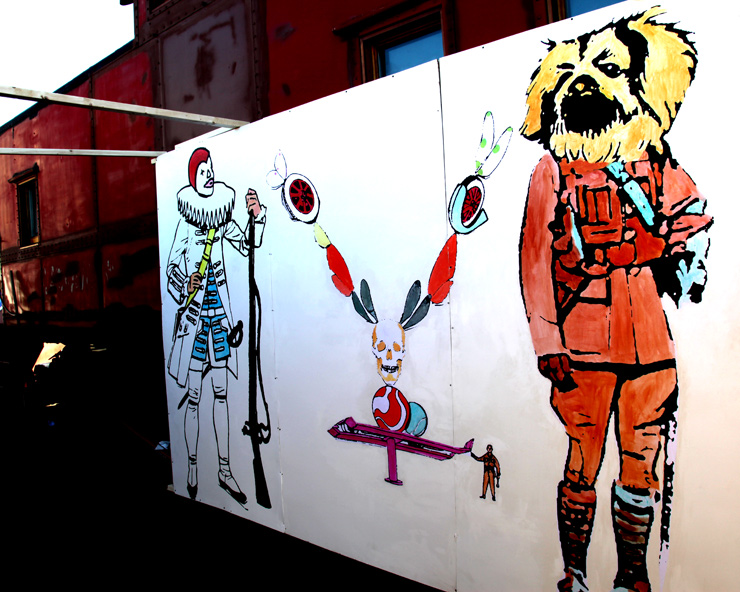 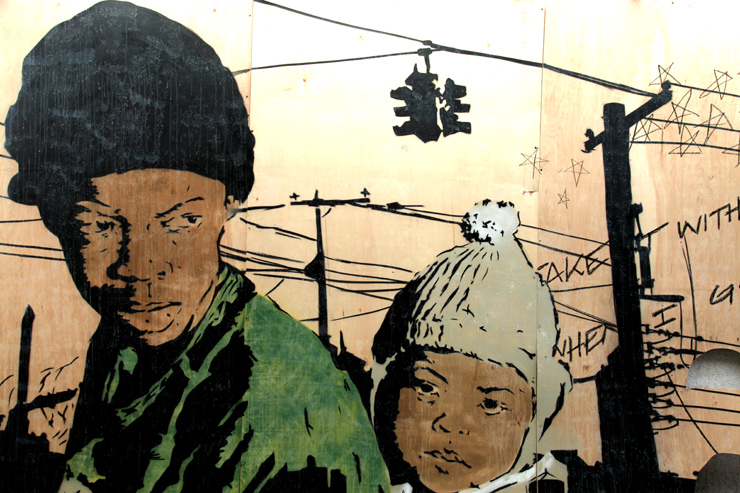 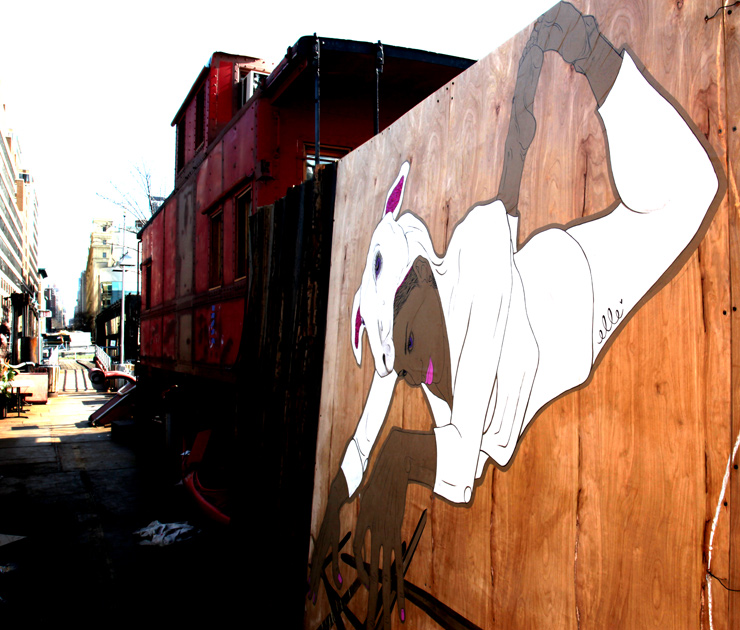 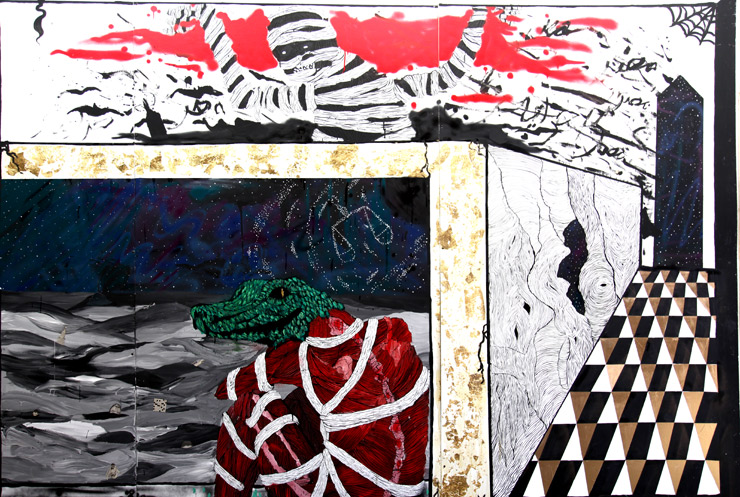 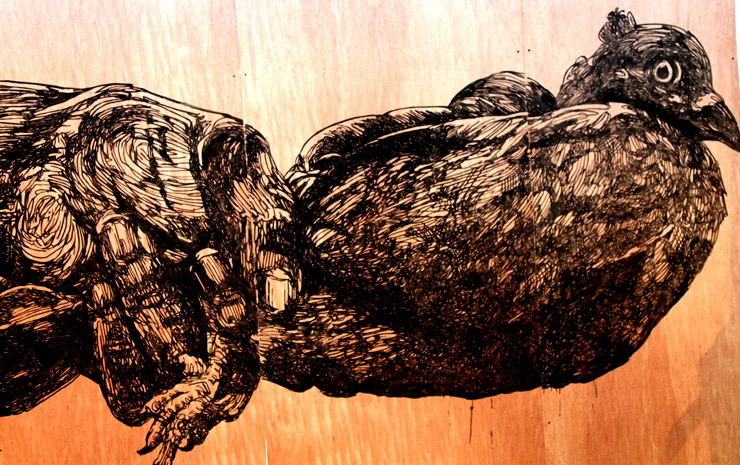 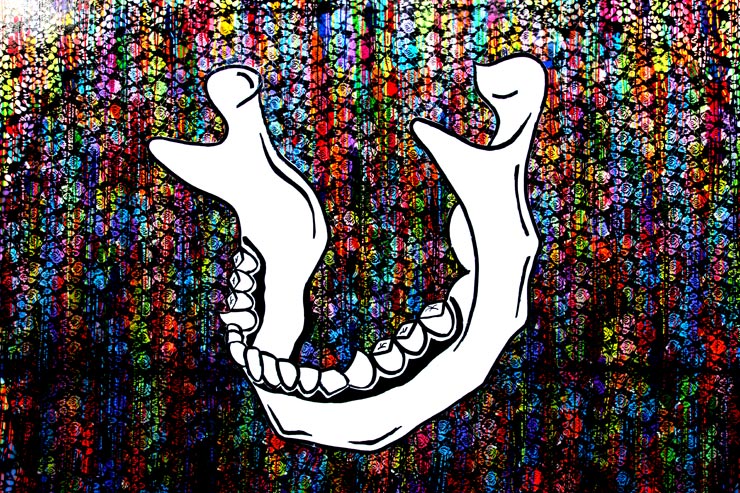 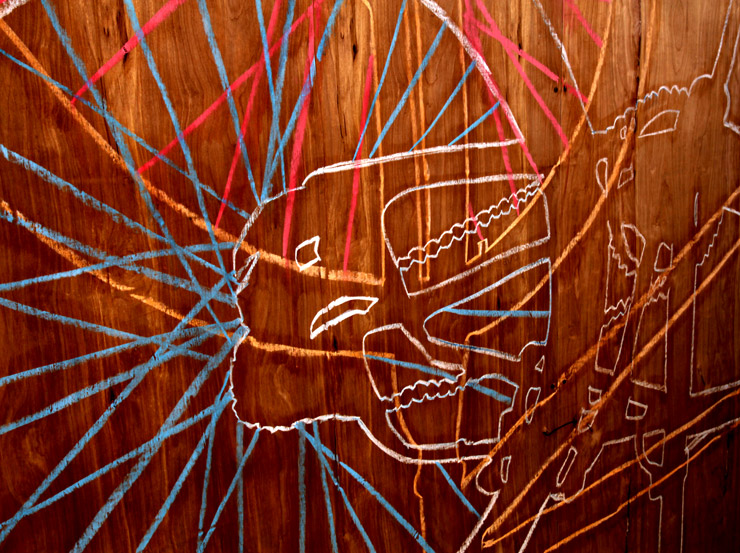 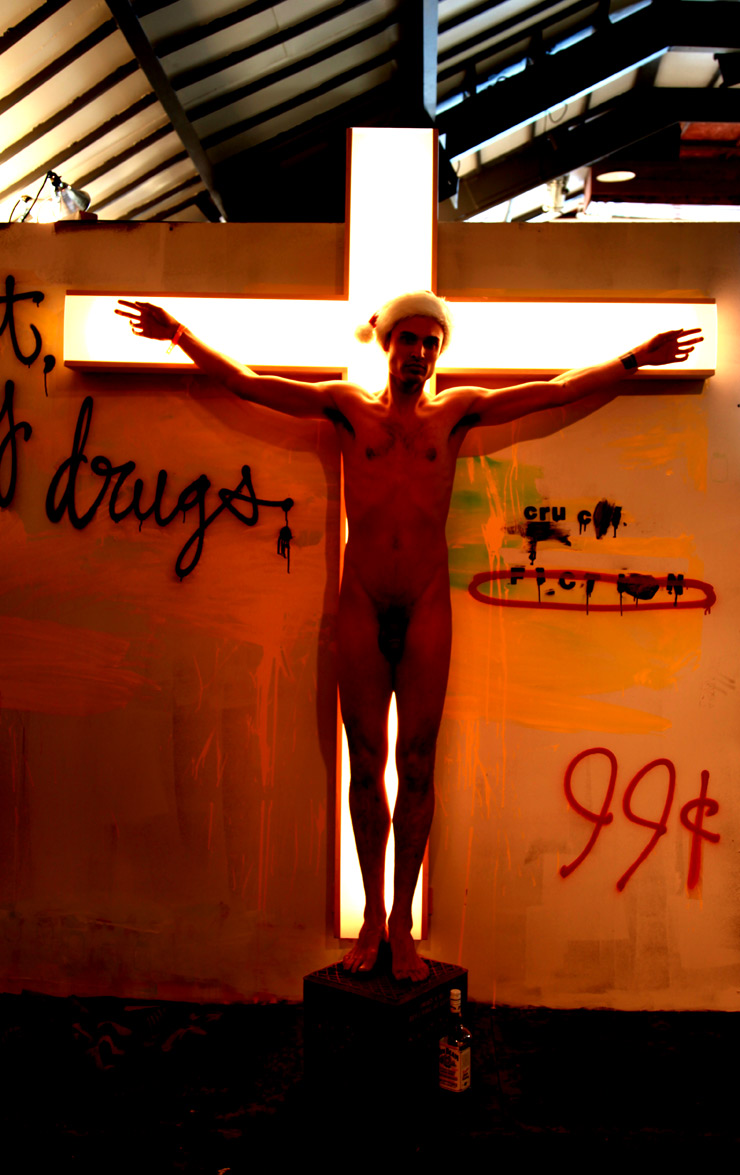 Inside the tent several galleries are offering the works of other Street Artists from around the country. 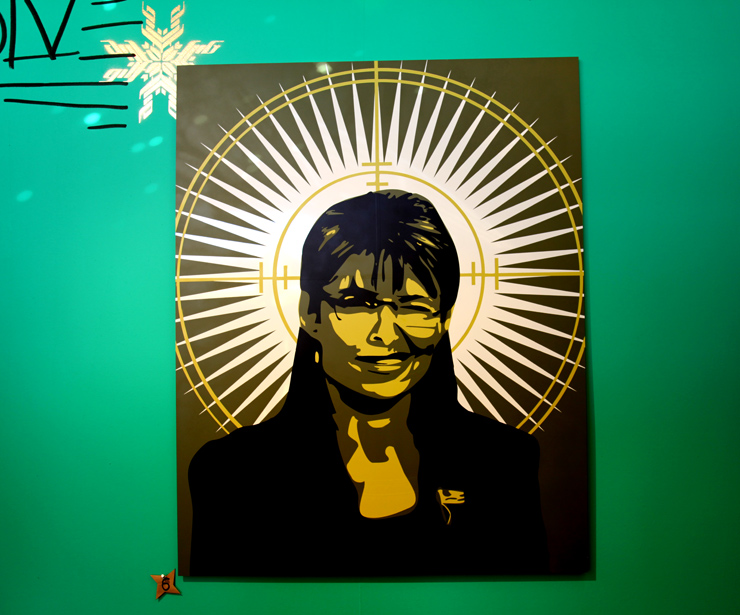 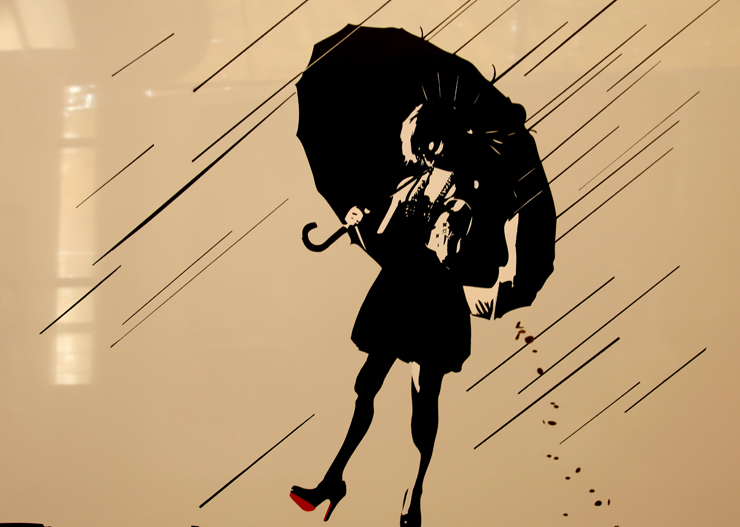 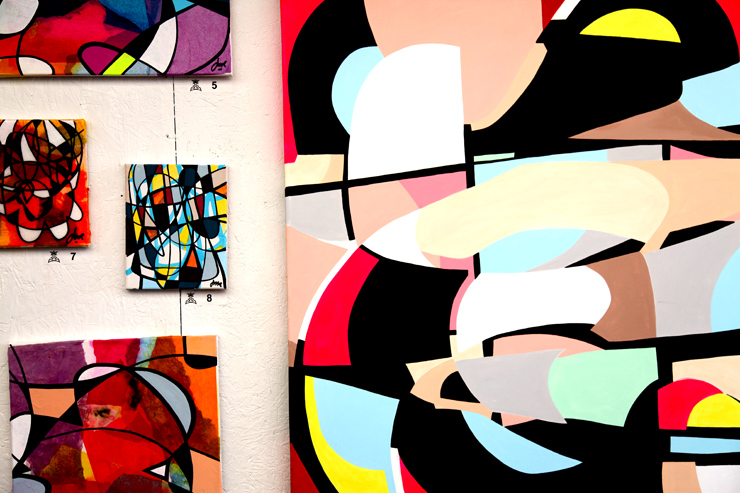 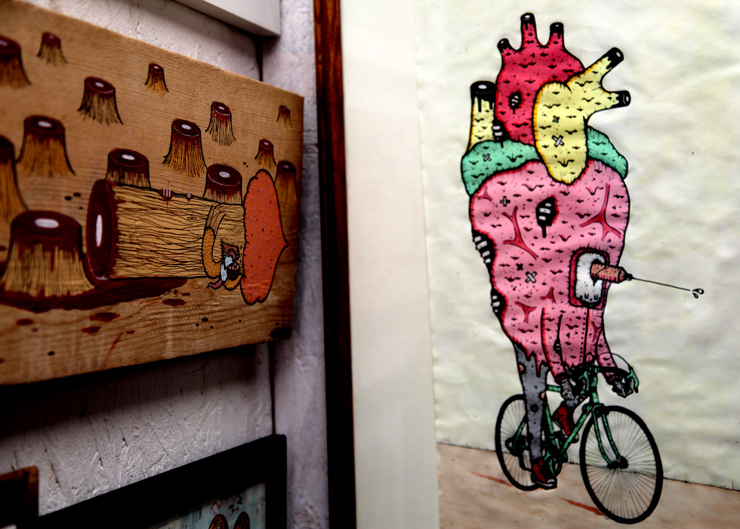 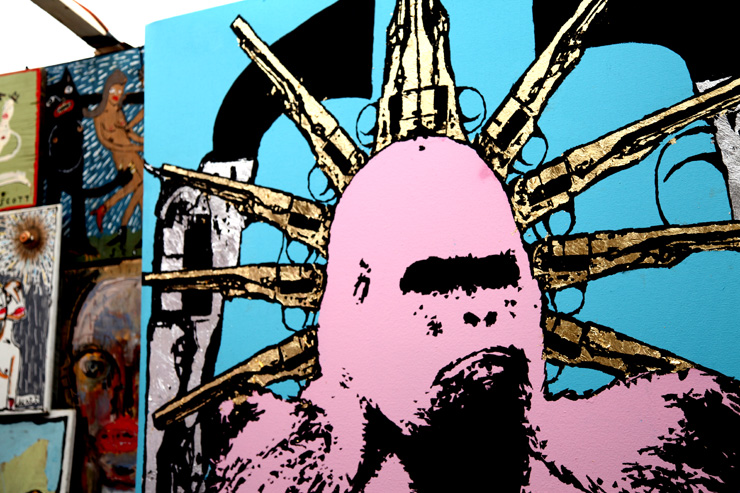 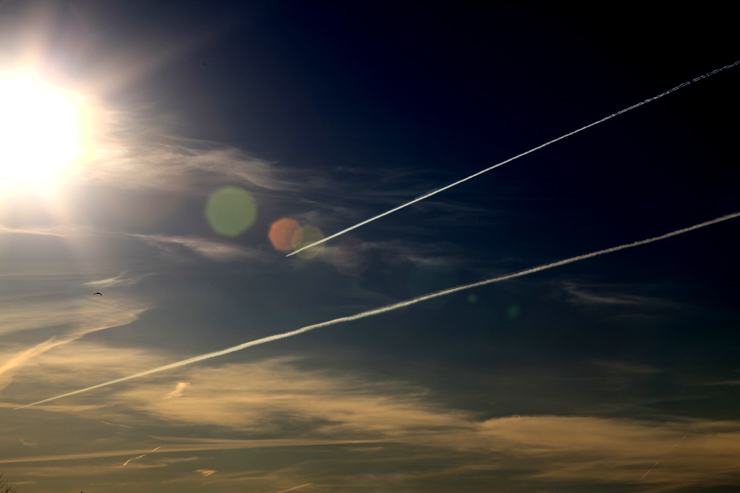 The sky landscape above Pier 66 on The Hudson River. (photo © Jaime Rojo)