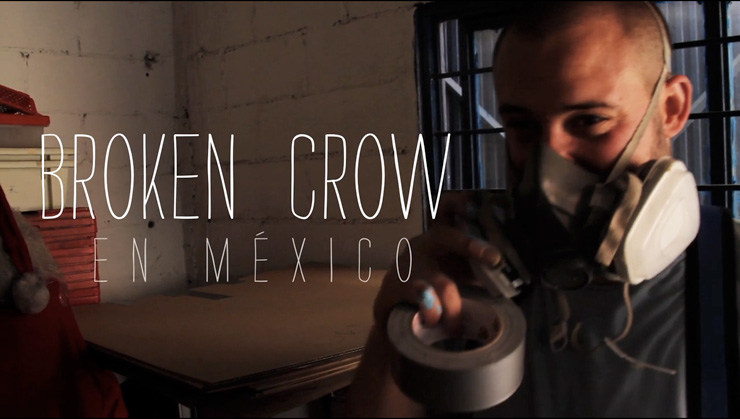 Here it is – a fantastic documentary-style short about Street Art duo Broken Crow’s first trip to Mexico City and some of the stencil based installations they undertook as guests of MAMUTT Arte and the Antique Toy Museum of Mexico (MUJAM). We don’t usually see this level of sophistication in a graffiti/Street Art video, so these guys are taking it up a notch. 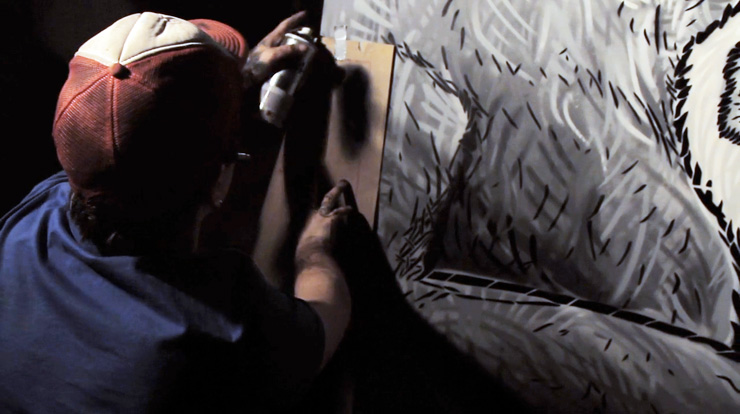 As you may remember from the two missives (1) (2) we posted in March for their Mexican Travelog, Broken Crow painted a total of five murals in different locations in D.F. The new video, which we proudly debut here, shows some of their work along with a very personal insight into their relationship as friends and painting partners. The larger piece entitled “Robot Thief” drew a regular crowd during it’s installation, while some of the smaller pieces were a more personal scale.

Congratulations to the Broken Crow gents and to Filmaciones De La Ciudad for making such a compelling and insightful piece. Enjoy.

Another point of interest in the video is the placement of “Robot Thief” next to a huge installation by Street Artist ROA, who also worked with the esteemed team of Roberto Shimizu of MUJAM and Gonzalo Alvarez of Mamutt Arte during his visit to Mexico previously. With friends/fans/promoters like Shimizu and Alvarez, international Street Art is quickly gaining a solid foundation in a city already blessed with a rich arts and cultural scene, historical and modern.