You may never know for sure who or what will influence the work of a Street Artist, but sometimes you know instantly. As we mark this month the 25th anniversary of his death, it could easily be said that the single most influential artist on the work of this generation is 20th century pop art superstar Andy Warhol.  His aesthetic sensibility and merging of commercial advertising with fine art continues to appear in new work daily. 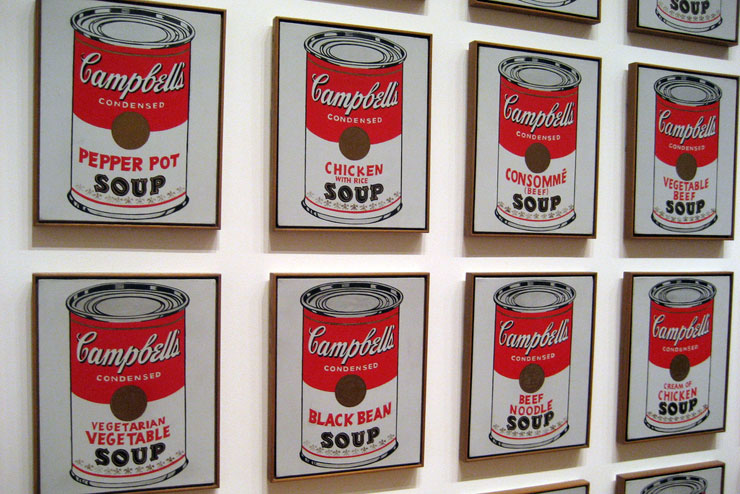 Street Artist LUDO is currently in frozen Rotterdam where he is installing his own Warhol-inspired Del Monte cans wheat pastes in bitter cold that has dipped to -15°C.  Rather than elevating the pedestrian to art status as Warhol did, LUDOs somewhat darker work has a more serious mission of drawing attention to modern methods of food production and the legacy of our scientific  manipulation of the natural world. The large wheat pastes feature food items merged with symbols of death and bathed in his signature acid green wash.

When in Los Angeles last August to participate in the BSA “Street Art Stories” show he toured the MoCA museum while attending our panel discussion at the museum and he says at that moment he gained some new appreciation for the can.

Says the artist, “Funny because the first time I really saw the Warhol Campbell cans, it was when I went to the MOCA panel this August with you – there was some kind of retrospective. Then I thought I would do mine, ‘Del Monte Cans’.” 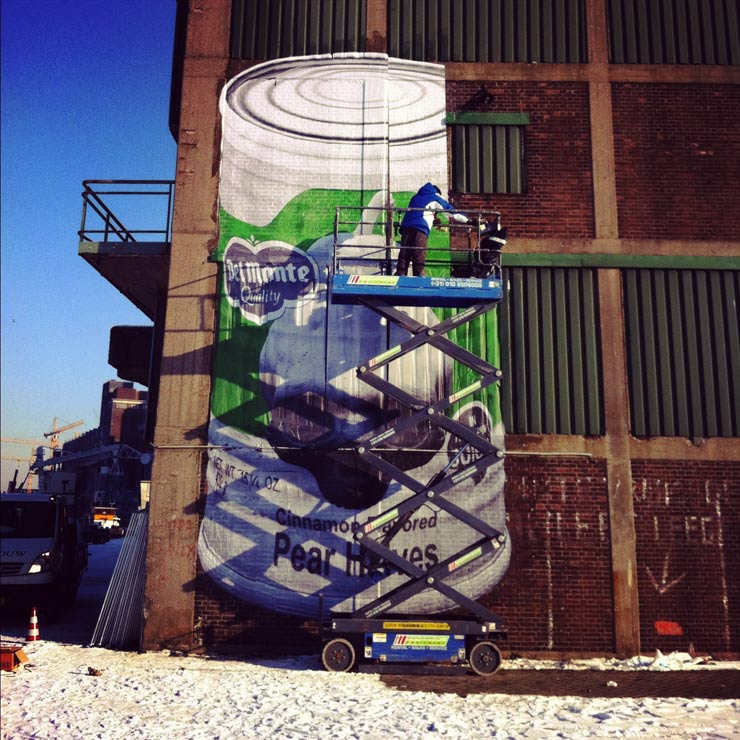 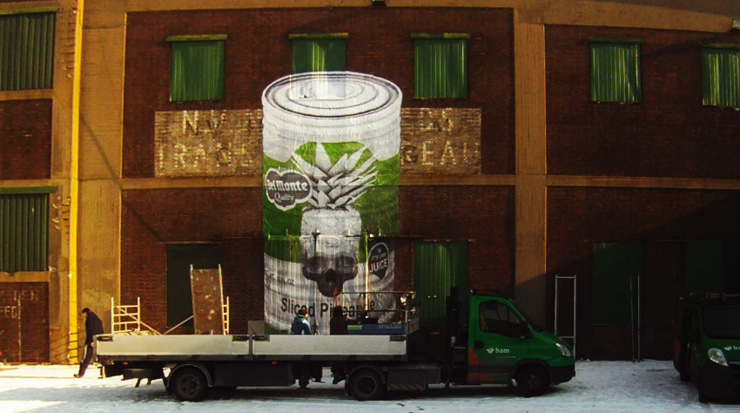 Ludo (image still from the video) 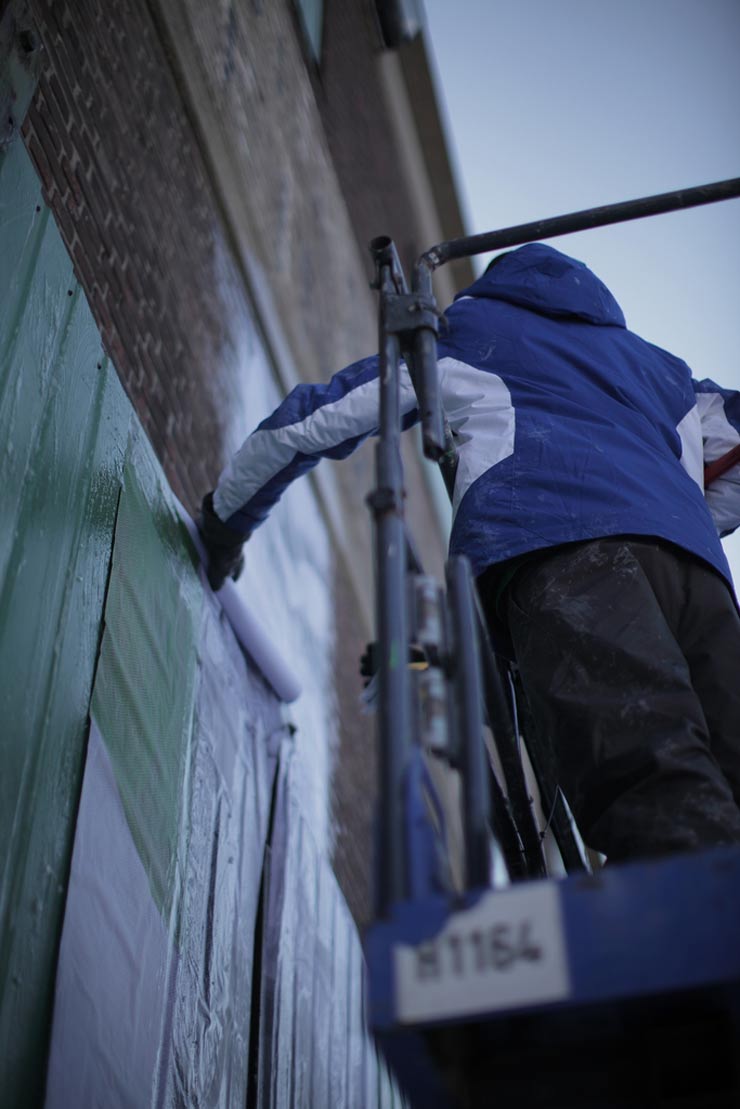 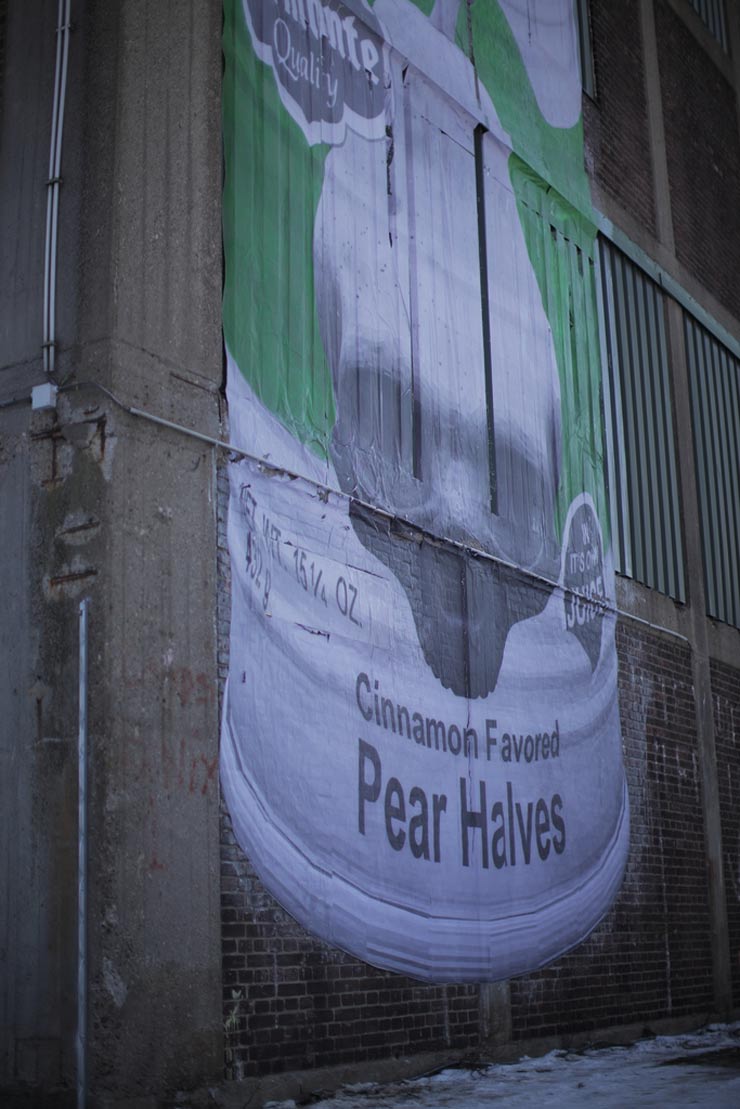