It’s been a rough year for Former Italian prime minister Silvio Berlusconi – In June he was found guilty of paying for sex with an underage prostitute, in September he was accused by judges of dealings with the Mafia, and just last Friday a panel of the Italian Senate recommended his expulsion from the chamber over his conviction for tax fraud. 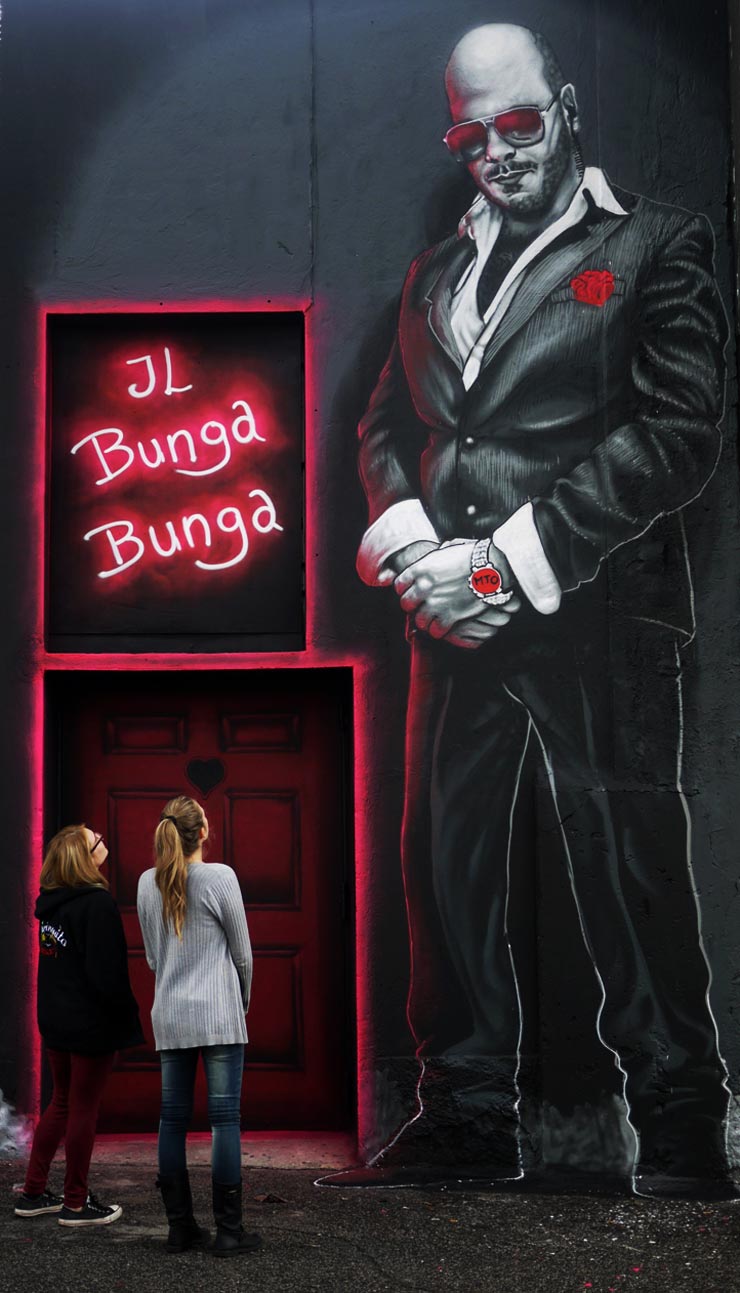 Italian Street Artist MTO was responding to at least some of the various scandals when he put up this new piece next to a Sten and Lex outside a nightclub in Rome recently and the title in the flourescent sign seems to indicate that just past this door you are likely to encounter some “Bunga Bunga”. We weren’t sure exactly what this term meant either, but Google translates it to mean “flowers”. Judging from the description of events that allegedly took place during Berlusconi’s “Bunga Bunga” parties, it may be closer to “de-flower”.

Looks like a nice place but the guy by the door is kind of big, yo. 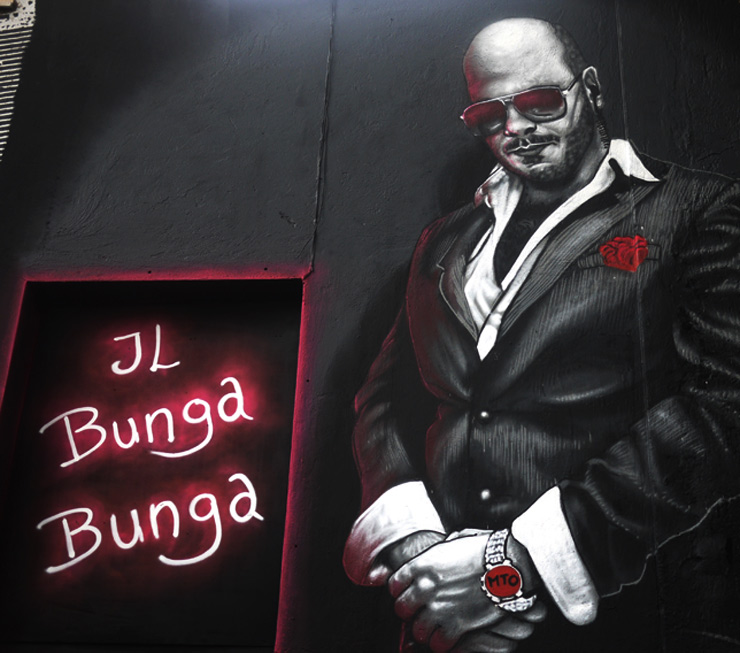 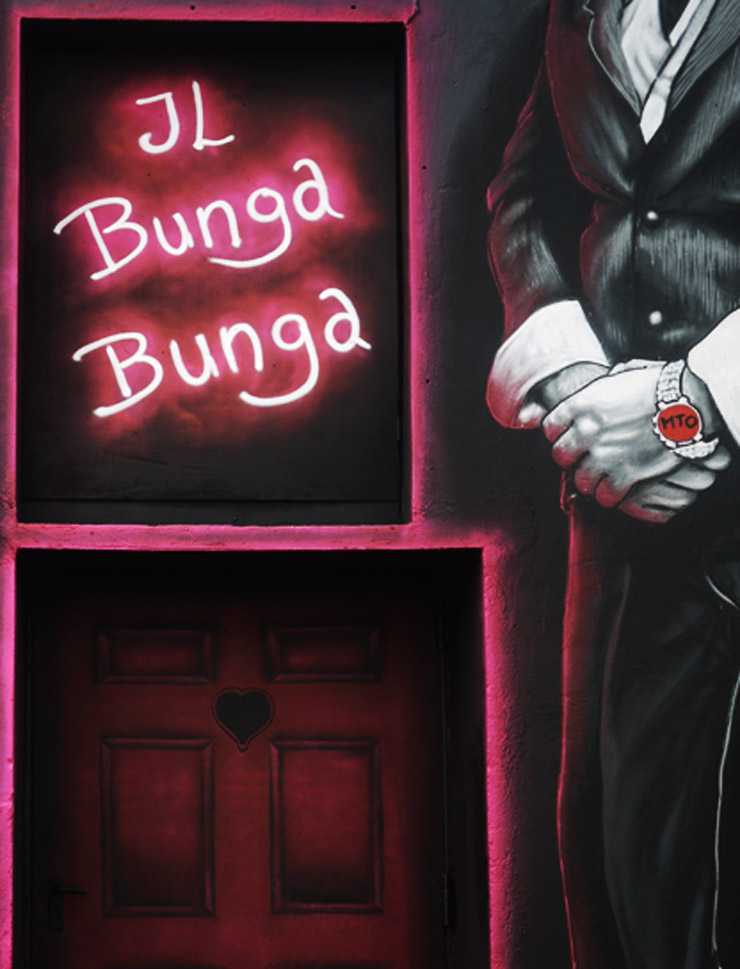 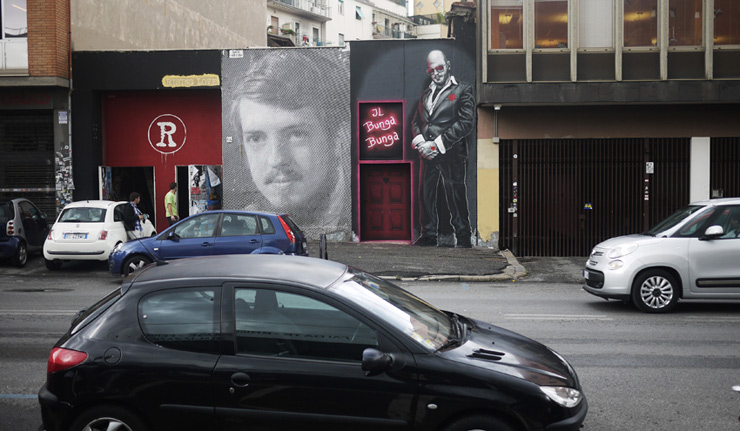 MTO “La Casa Di Silvio” Rome, Italy. October 2013. The portrait on the left is by the Italian duo Sten & Lex and it is not related to MTO installation. (photo © MTO)