For those who felt that they lost a friend when David Bowie died two years ago, a new exhibition organized by The Brooklyn Museum will bring him back to you for a moment. For those who refuse to speak about him in the past, David Bowie is makes perfect sense to name an exhibition. As renaissance man whose work continues to influence the route of music, fashion, and culture, David Bowie is still here in New York City.

“From Central Park to shanty town, I’ve always heard that crazy sound.” A cut-out image of Bowie in the park accompanied by a lyric from “Don’t Look Down” (link at bottom of posting). Photograph by Brian Duffy. © @duffy_archive & The David Bowie Archive. Photo: @BrooklynMuseum / @thebrookelynway

Of course Bowie’s image is always reappearing in the streets of New York and other cities, as it did before and now more after his passing. A touchstone for many creatives and artists, his image is a reminder to pursue your own vision, however outside the norm. Eventually they catch up. Or not.

Gazlay  2009 portrait of David Bowie on the streets of Brooklyn. (photo © Jaime Rojo) 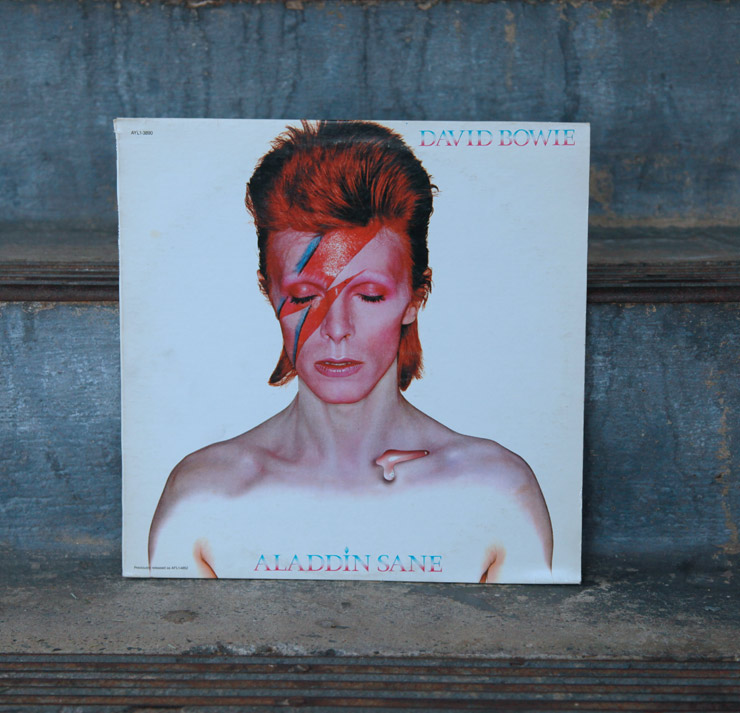 Follow @brooklynmusem on Instagram   for developing news about the exhibit and associated programming, including the “Night of 1000 Bowies”. 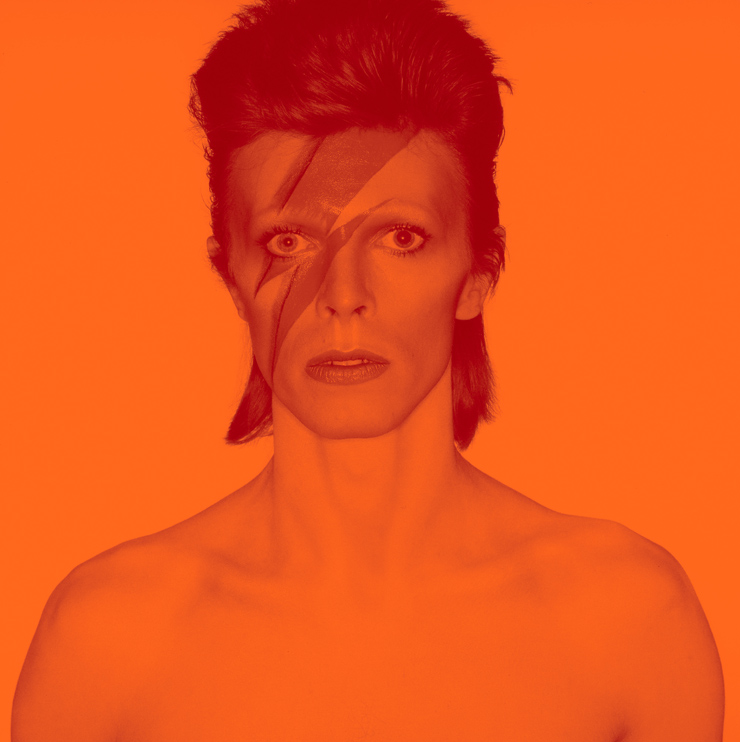 Last month Choir! Choir! Choir! teamed up with David Byrne and a TON of singers in the Ford Foundation lobby of the Public Theater during the Under the Radar Festival to sing ‘Heroes’ written by David Bowie and Brian Eno

“We passed upon the stair,
we spoke of was and when,
although I wasn’t there,
he said I was his friend,
which came as some surprise.
I spoke into his eyes,
“I thought you died alone
a long long time ago.”

“Oh no, not me,
I never lost control.
You’re face to face
with the man who sold the world.” 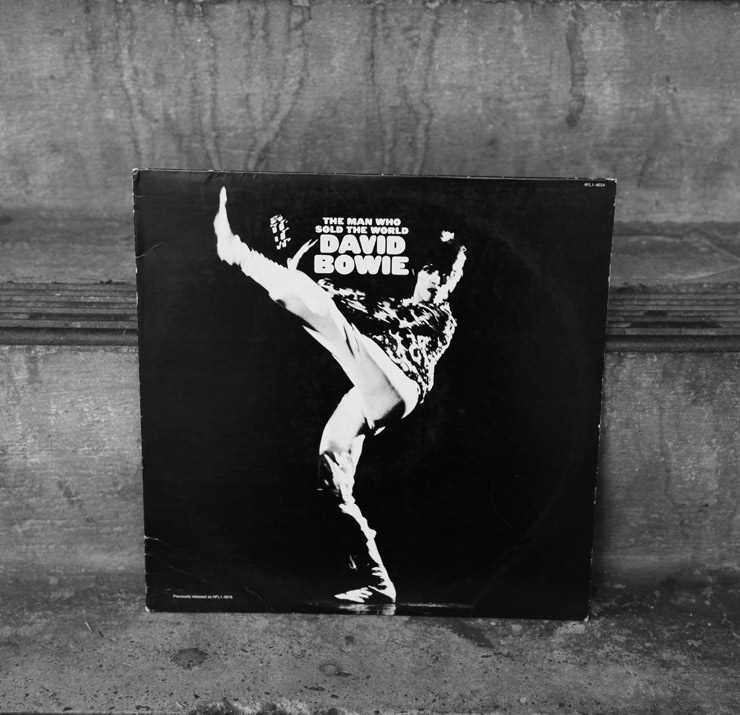 Looking through our own vinyl collection, we found this fine example of early Bowie, “The Man Who Sold the World”. A perfect Saturday way to blow your mind. Listen to the single here on YouTube here.