New York’s Fountain is spraying westward this weekend in LA and photographer Birdman gives us an inside look at some of the preparations of the Street Art contingent for this show. Somehow Fountain manages to keep a loosely organized chaos on point wherever it goes, a perfect bit of ground between the cracks of the concrete where things of beauty are likely to pop up. 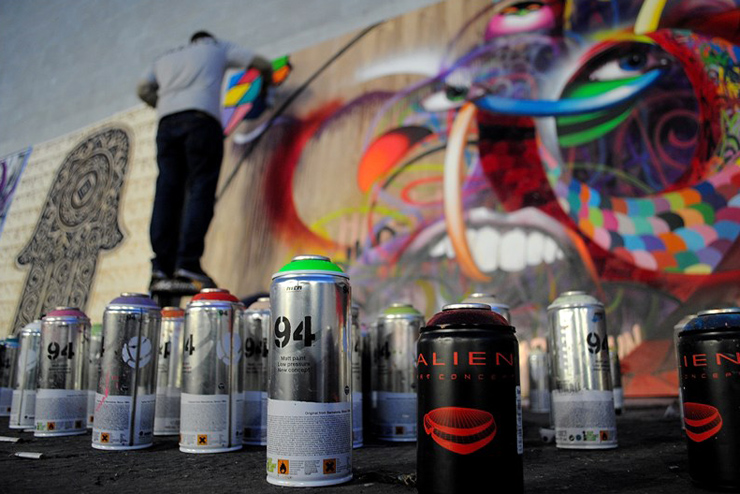 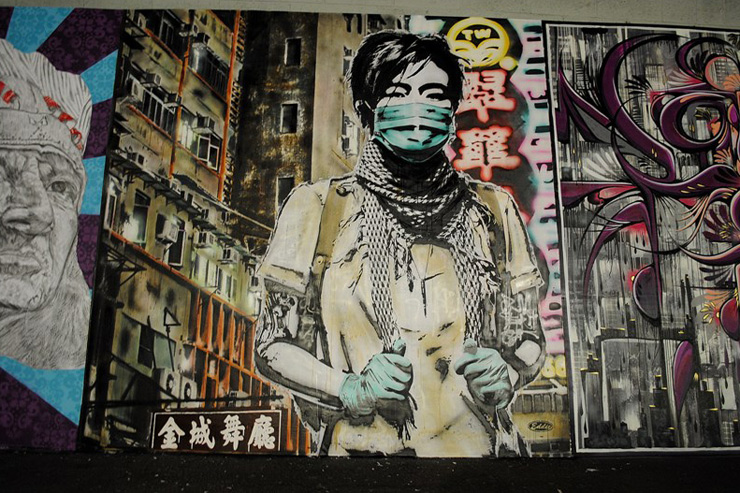 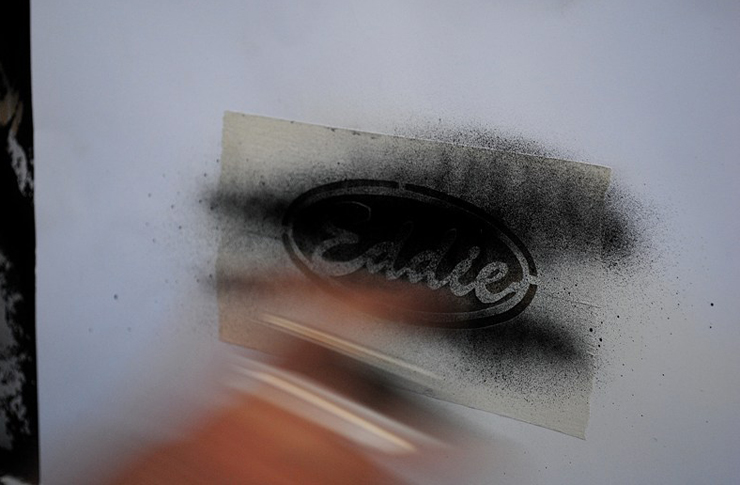 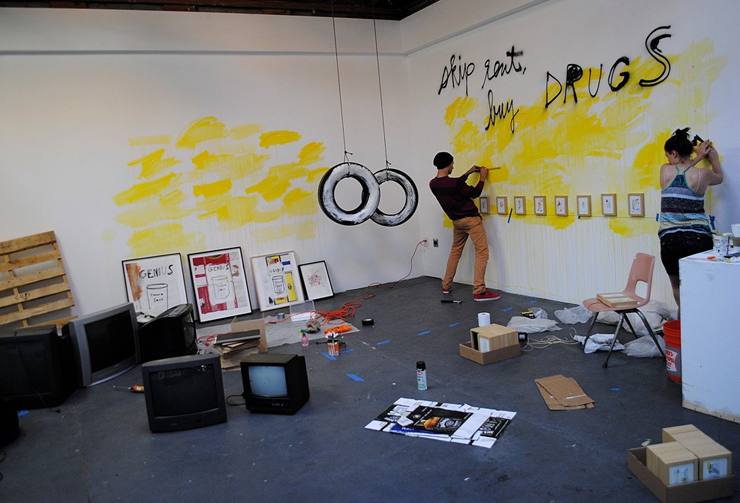 Gilf! has some instructions for this outdoor mural in progress. (photo © Birdman) 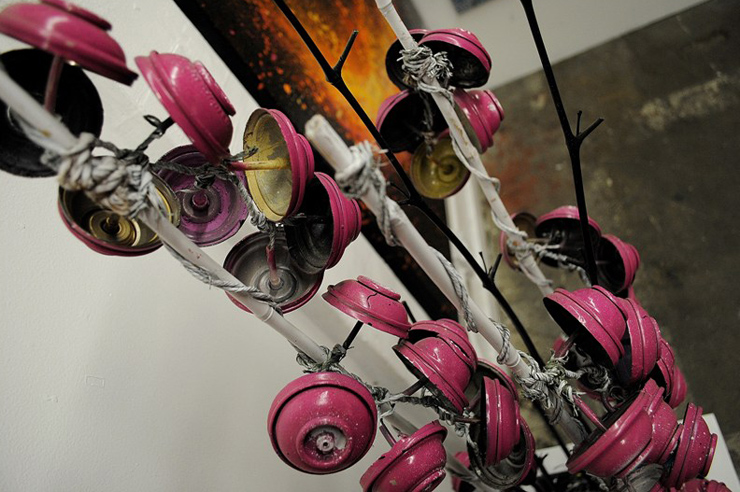 For more information regarding location, time and schedule of events please click on the link below:

Los Angeles get ready – Fountain Art Fair has officially landed on the west coast, prepared to bring you a weekend packed full of art, music and more.  Fountain kicks off  with Flavorpill Friday, sponsored of course by Flavorpill, the coolest culture gurus around.  Along with our exceptional platform featuring the edgy galleries, independent artist projects curated by Ever Gold Gallery, and collectives, as well as local DJs to get you grooving, Fountain’s Flavorpill Giveaway is sure to be a highlight of your weekend.  Be sure to visit Flavorpill’s media booth for the chance to win unique prizes including original works by Fountain returnees Brian Leo and Danni Rash from Christina Ray Gallery, a special edition Fountain surf board created by Lindsay Carron and Courtney Branch of Board Well, your very own retro Lomography camera and more.

Fountain’s presenting sponsor LA Weekly is taking charge of Saturday night, along with culture industry insider and online magazine Newestra.  Get your photo snapped at  Newestra’s funky photo booth while listening to the easy beats of Los Angeles DJs La Muerte, Antidote, P-Dot, Dances with Wolves, and the perfectly sweet and viscious  Bullet & SnowFox.   Stop by Yelp’s table to pick up some swag and head to the courtyard to check out our massive installation of the wickedest street art around.  Co-curated by Fountain veteran Carly Ivan Garcia, this slew of artists is ready to bust out the aerosol in Fountain tradition of  bringing the street to you.  Artists include: GILF!, Eddie Colla, Tiki Jay One, Shark Toof, Chor Boogie, Hugh Leeman, Billi Kid  & CIG, Ian Ross, and Cryptik.