On this same ground, in these neighborhoods and streets that have names that are the same or similar to what they were 234  years ago today, the army of George Washington suffered it’s biggest loss.

Today the installations by Street Artist General Howe came to a booming crescendo as we raced after him across Brooklyn, erecting all manner of art pieces to commemorate the day when the American army was surrounded and nearly decimated. The largest battle fought in North America up to that point, the American Continental army suffered greatly – outnumbered, surrounded, and overpowered by the high-tech professional Brits and Hessians.

On this day, August 27th, hundreds of soldiers were killed and hundreds more taken prisoner down to the Wallabout Bay (Navy Yard). During the night on the 29th the remaining Patriots escaped across the river by boat to Manhattan while the Brits hunkered down only a few hundred yards away. 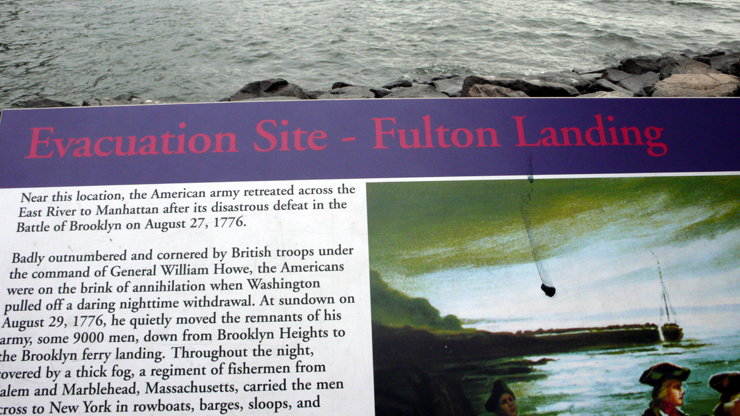 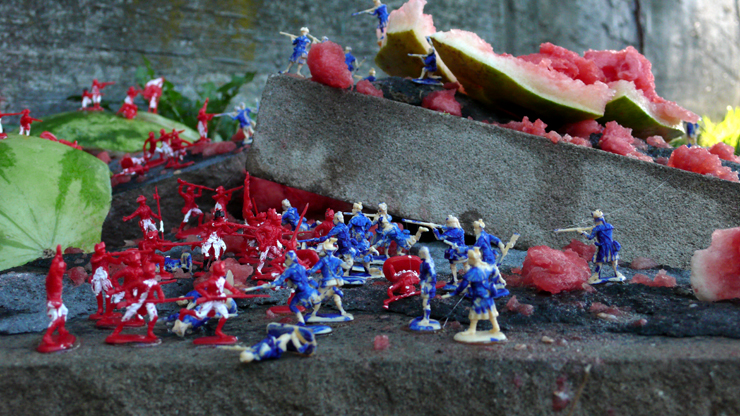 General Howe: Greenwood Cemetery Area. The Battle Of Brooklyn begins here in a watermelon . Below the Cemetery and The Red Line Inn there was a watermellon patch. The Britsh soldiers were hungry and stop to eat. The Patriots saw them and fired on them and the rest of the war unfolded from here (© Jaime Rojo) 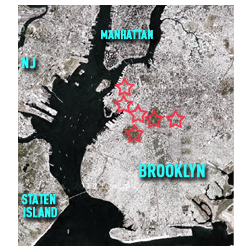 With an outstanding flanking maneuver begun the previous day, the British outsmart the American defense. Simultaneously, full-blown combat begins near a tavern close to the Greenwood Cemetery.  As fighting ensues, many Patriot soldiers flee across the Gowanus Creek to a fortified location in Brooklyn Heights.

The Maryland 400 stay behind to hold off the British while their American comrades escape. A crucial battle takes place at the Vechte house, a farmhouse now known as the Old Stone House located in modern-day Park Slope. Many Patriot soldiers make it to safety thanks to this dedicated unit from Maryland, but some Americans are killed and drowned by the British in the Gowanus Creek. By the end of this day, the largest battle of the entire Revolutionary War will be fought and conclude in a devastating defeat for the Americans. About 300 Patriot soldiers are killed and over 1,000 captured. On the night of August 29, 1776, General George Washington personally leads an astonishing evacuation of the entire American army across the East River to Manhattan. 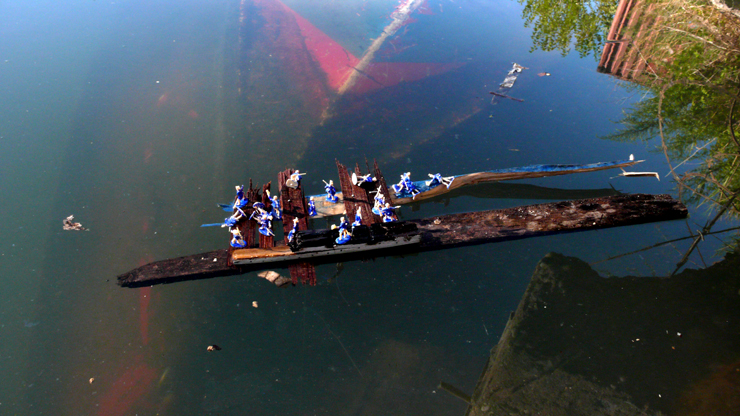 General Howe: Americans retreated across the Gowanus and had to swim since the bridge was set on fire causing many soldiers to perish by drowning (© Jaime Rojo) 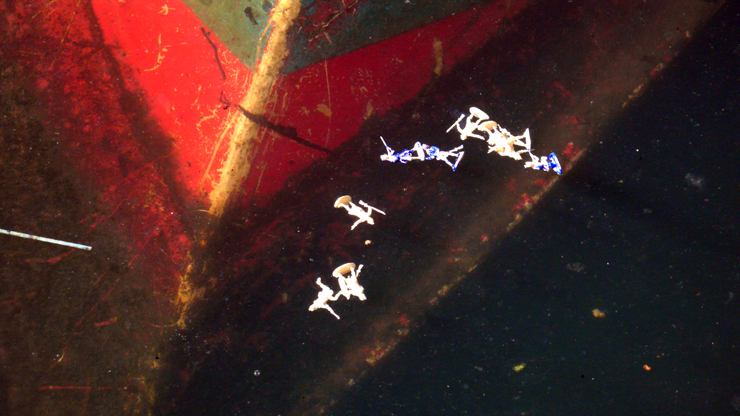 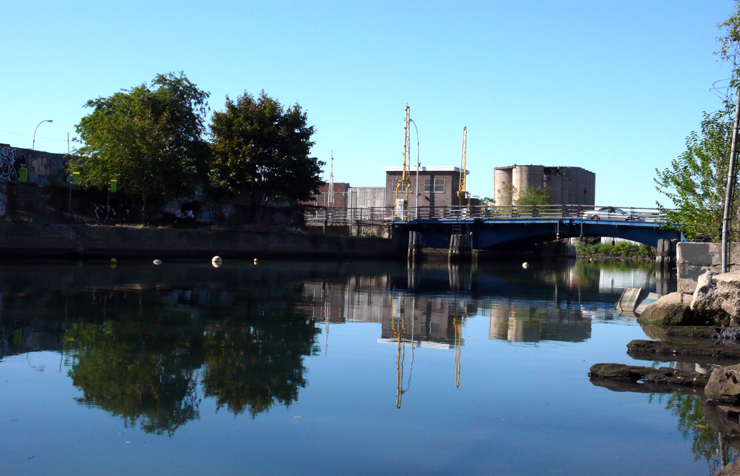 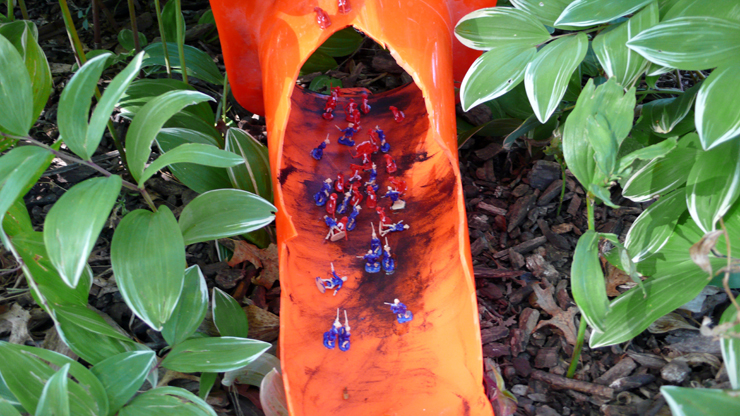 At The Old Stone House the “Maryland 400” defended from this position and distracted the British while Patriots fled across the Gowanus for safety. General Howe (© Jaime Rojo) 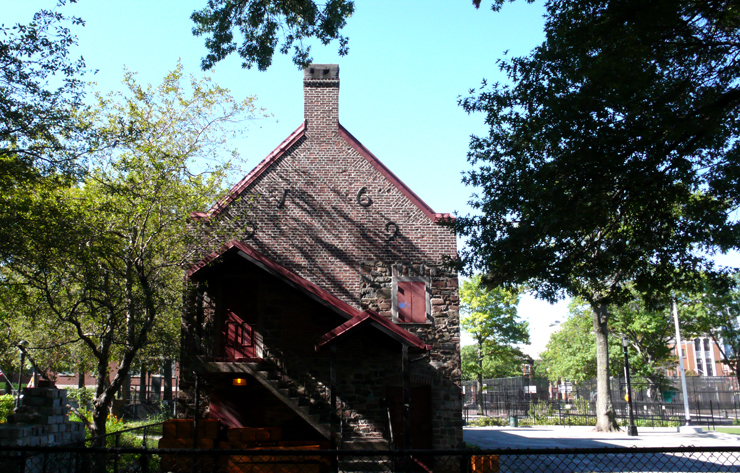 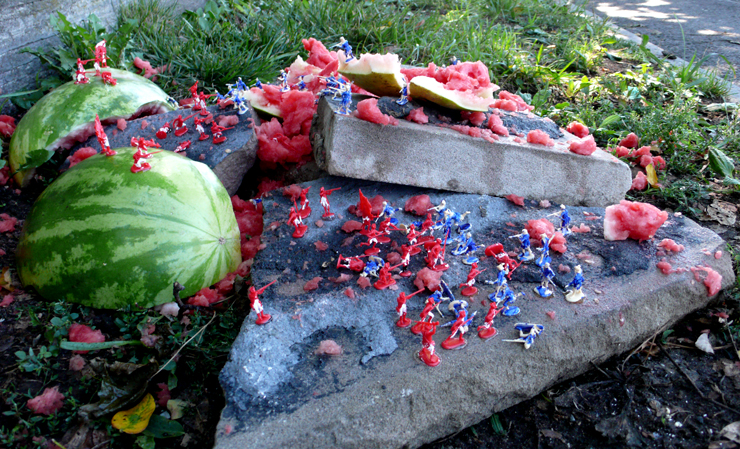 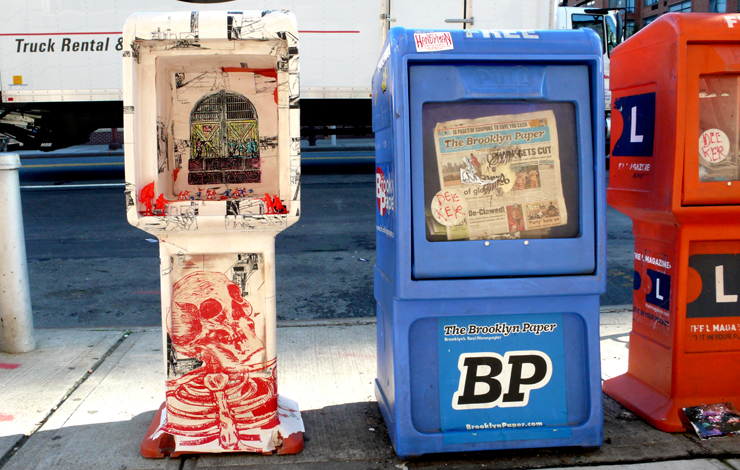 General Howe:The Corner of Atlantic Ave and Court St. in Brooklyn is a former location of a fort where General George Washington was observing how the Battle of Brooklyn was unfolding (© Jaime Rojo) 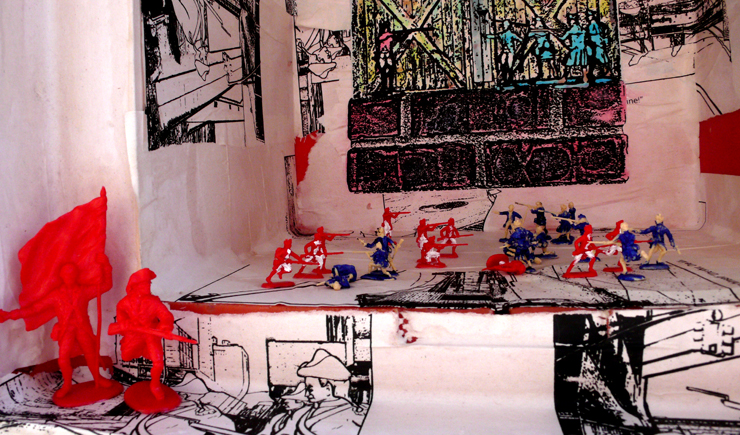