And The Award for Best Fluffer Goes To… 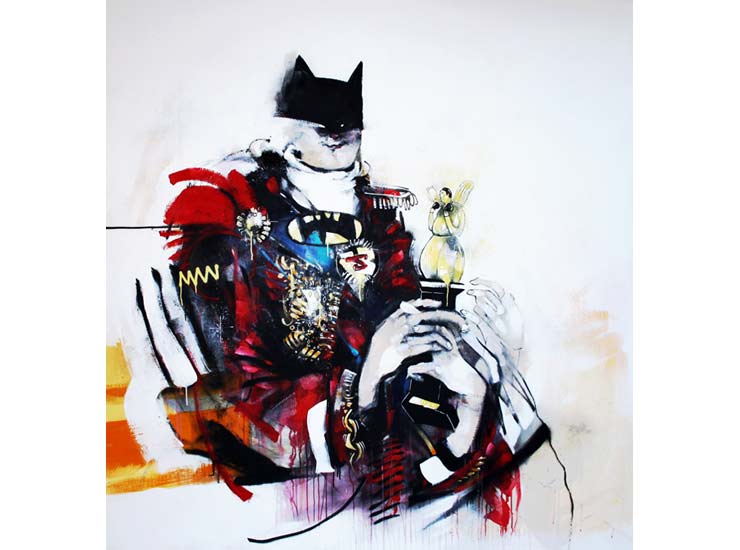 Remember those awards they used to give in high school to the graduating class to recognize, commemorate, and bestow the outgoing students with a sense of self worth and set an example for the rest of the current alumni?  “Best Biology Student”, “Class Thespian”, “Most Likely to Succeed” – how many of these titles had a predictive power that could be verified in later years is a funny question. Street Artist Anthony Lister is giving his own interpretation of the awards (and punishment) systems that course through our daily life in his first show in Canada, “Beauty of Failure”. 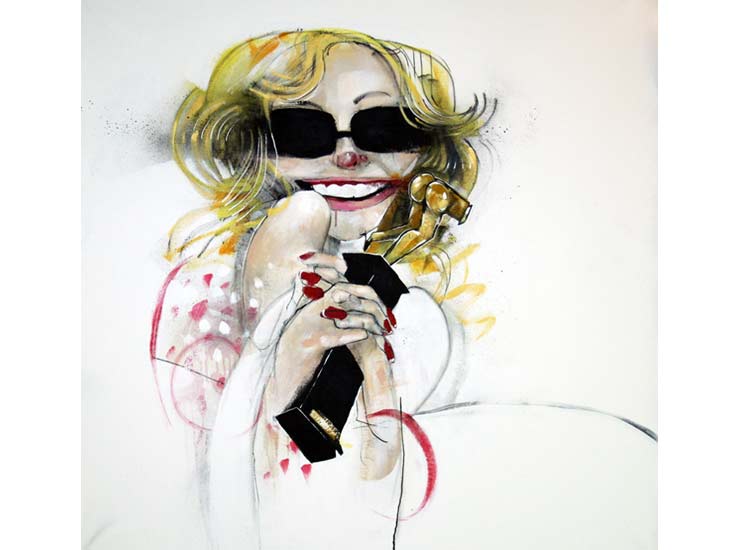 Thanks to an increasingly warped view of the world presented by moneyed interests in the commercial and tabloid driven media universe, some argue that our very ability to critically evaluate what is to be valued in society is at risk. With his sharply pointed depictions of frothy socialites and his signature super heroes receiving gold statuettes for imaginary awards, Lister challenges viewers to evaluate their own perceptions of what is valued, and why.  Equally interesting, of course, are the awards that are missing.

“7 Day Weekend” is a chaotic look at footage of Lister that was edited into a montage looking for a storyline. It’s characterized as “Sick Fun from the Whole Lister Family”

“Art From The Underground”

Speaking of Lister, here’s a new promo video for the show in San Diego next week at Edgeware Gallery. Among artists like Shepard Fairey and Chor Boogie, street art photographer Jaime Rojo will be showing images from New York, including a huge Anthony Lister piece on the street in Brooklyn.