When we visited the LA MOCA “Art In the Streets” exhibit days before it opened in April, the feeling of camaraderie and expectation hung thick in the air as artists and curators and museum directors put the final touches on what they knew was the first major show of it’s kind; an historical taking stock of the route graffiti and Street Art travelled over the last half century to become an undeniably positive influence on art, music, fashion, … the culture.  That week when talking with Sharon Matt Atkins, The Brooklyn Museum’s Managing Curator of Exhibitions, about the plans for bringing the show to our beloved city in Spring 2012, we were nearly apoplectic about the prospect of somehow being involved in the welcoming. 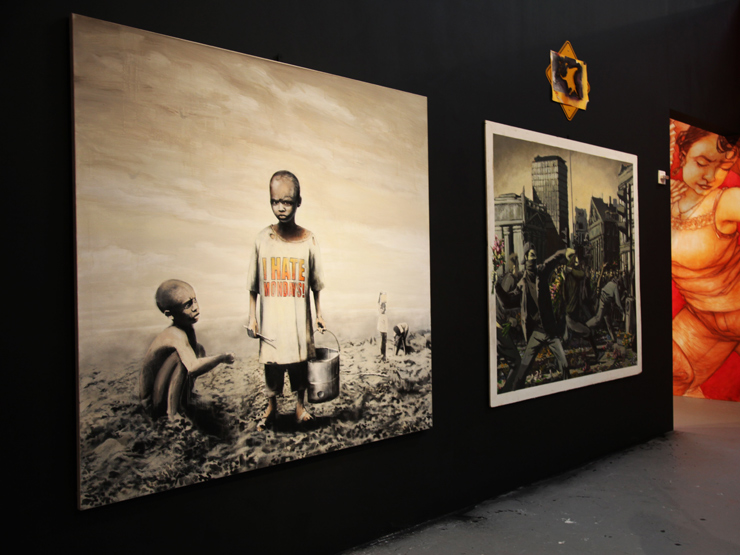 Sadly this afternoon we hear from the museum and friends that the show has been withdrawn.  Sally Williams from the Museum’s Public Information Department confirmed the news to BSA over the phone. “This is a very important show for anybody to have but it is also a huge and very costly exhibition and we just couldn’t get funding for it”. 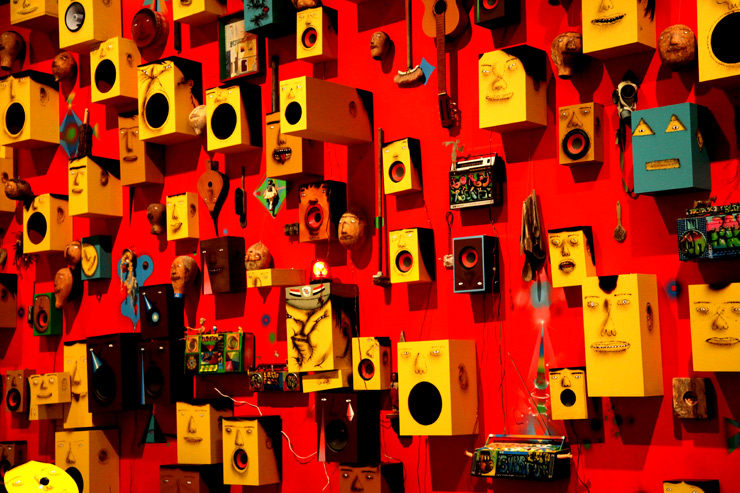 Meanwhile the last hour in the Twitterverse has raised a bit of a buzz  about the statement by Brooklyn Museum Director Arnold L. Lehman’s that the decision is “due to the current financial climate”.  The current home for “Art in the Streets” has found the show receiving great critical and popular acclaim and the much sought after younger demographic forming lines, making their own videos of the show, and yes, hitting up the giftshop. It really looks like it is proving to be a blockbuster for the museum and business in the community. That’s why its even more sad and a little confusing to find that Brooklyn can’t host what would surely be a boon to the organizers, the museum, and the city.

We thought that the cultural history of our city would have been greatly enhanced by the Brooklyn Museum’s decision to be the next stop of this exhibition. Despite it’s association with the negative aspects of vandalism and all that go with it, graffiti and Street Art have transformed global arts culture in many positive ways and New York is known worldwide as one of the birthplaces, an epicenter of this rich cultural history and what it has evolved from it. 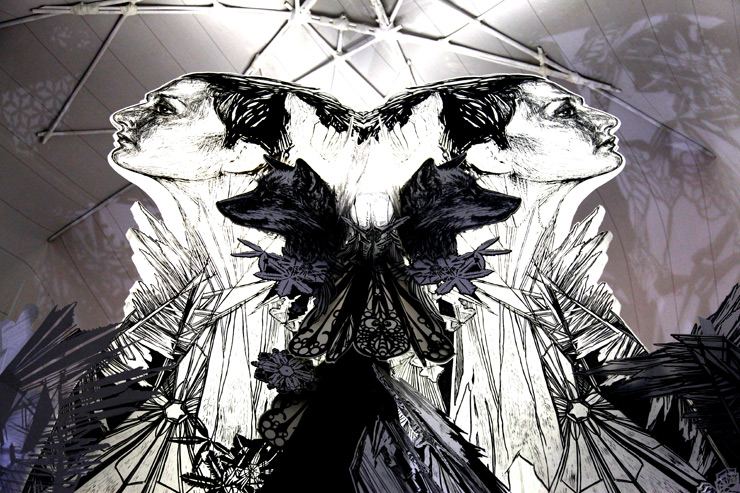 From the museum’s press release:

Brooklyn Museum Withdraws from Art in the Streets Exhibition

Brooklyn, New York–June 21, 2011. The Brooklyn Museum has canceled the spring 2012 presentation of Art in the Streets, the first major United States museum exhibition of the history of graffiti and street art. Organized by the Museum of Contemporary Art Los Angeles, where it is currently on view at The Geffen Contemporary through August 8, 2011, the exhibition had been scheduled at the Brooklyn Museum from March 30 through July 8, 2012.

“This is an exhibition about which we were tremendously enthusiastic, and which would follow appropriately in the path of our Basquiat and graffiti exhibitions in 2005 and 2006, respectively. It is with regret, therefore, that the cancellation became necessary due to the current financial climate. As with most arts organizations throughout the country, we have had to make several difficult choices since the beginning of the economic downturn three years ago,” states Brooklyn Museum Director Arnold L. Lehman. 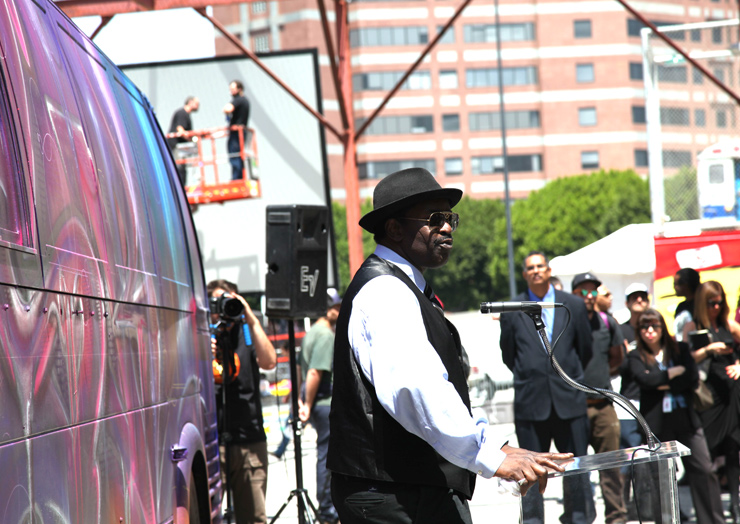 Fab Five Freddy speaking at the press conference of “Art in the Streets” LA at MOCA. (photo © Jaime Rojo) 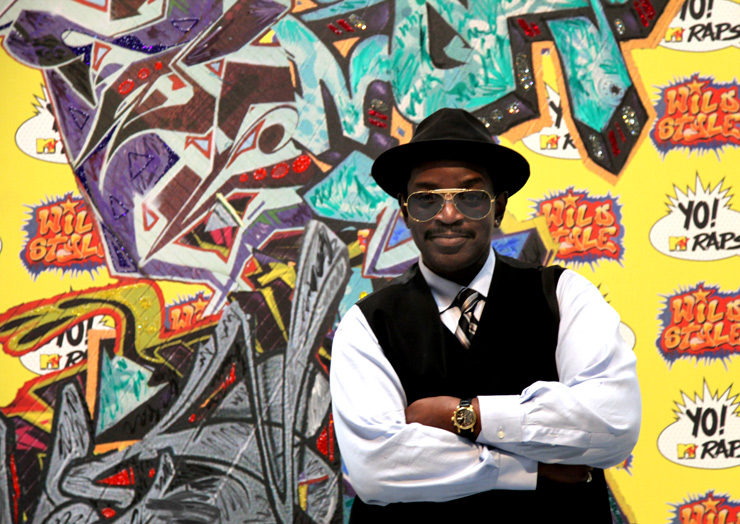 Fab Five Freddy in front of his piece. “Art in the Streets” LA at MOCA. (photo © Jaime Rojo)