Pre-dating the modern “Street Art” movement, the street has traditionally been an outlet for the voice of the people and social movements have almost always gained purchase there. Posters of underground heroes are as old as “Wanted: Billy the Kid” nail-ups that people used to rip down and take home. The amount of politically motivated Street Art you see or even themes surrounding social issues seem to ebb and flow in quantity, but they are ever present. Villain to some and emerging folk hero to others, Julian Assange, the founder of Wikileaks, has already inspired a comic book in addition to some pieces on the street.

We haven’t seen Julian Assange Street Art in person yet, but we keep hearing about pieces elsewhere as he slowly transforms into a Cause célèbre for freedom of information advocates throughout the world. 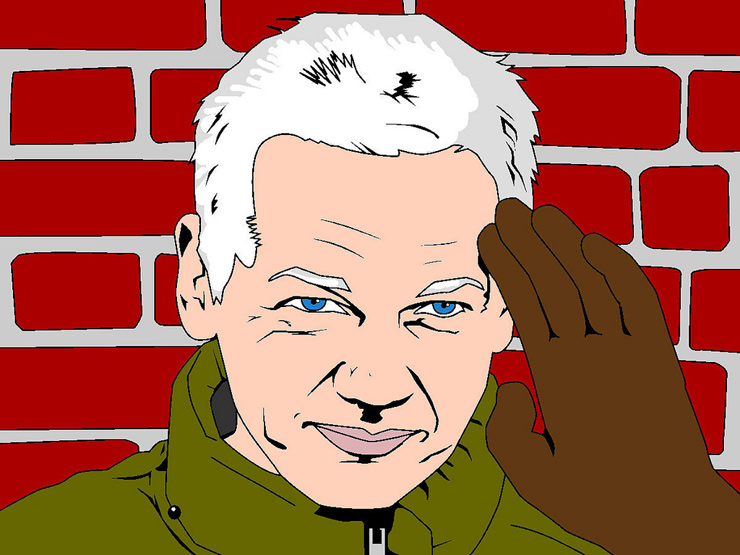 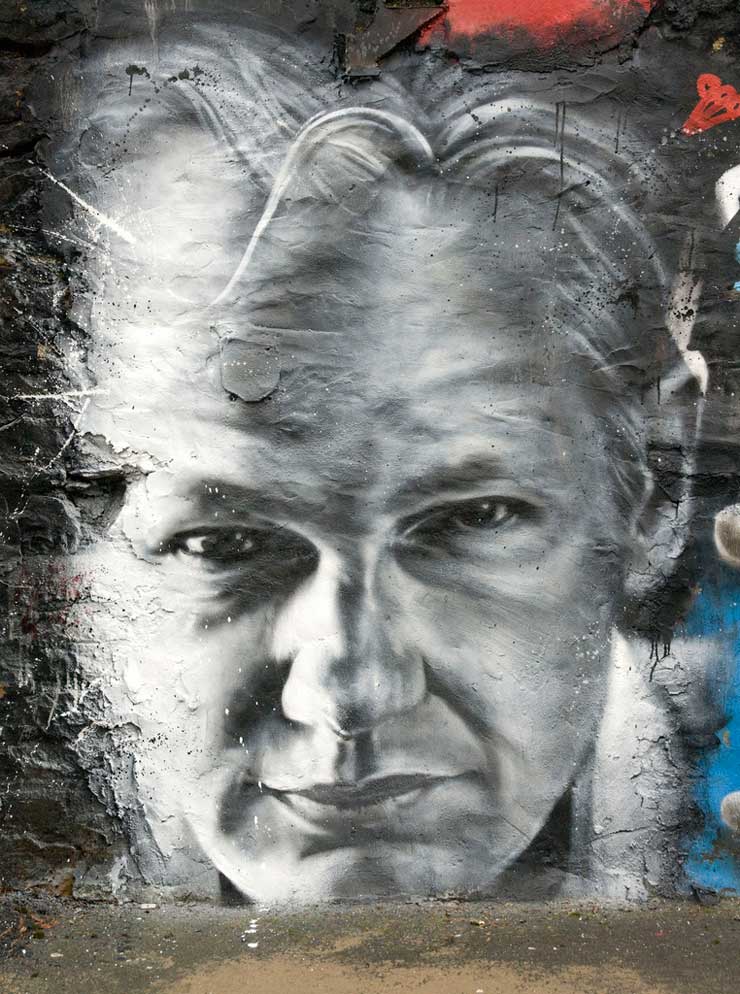 Artist Thierry Ehrmann @ the Abode of Chaos (their Flickr) 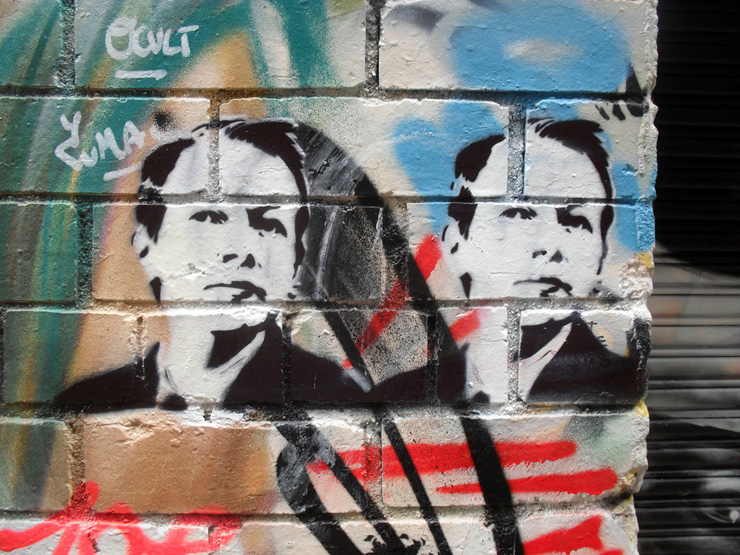 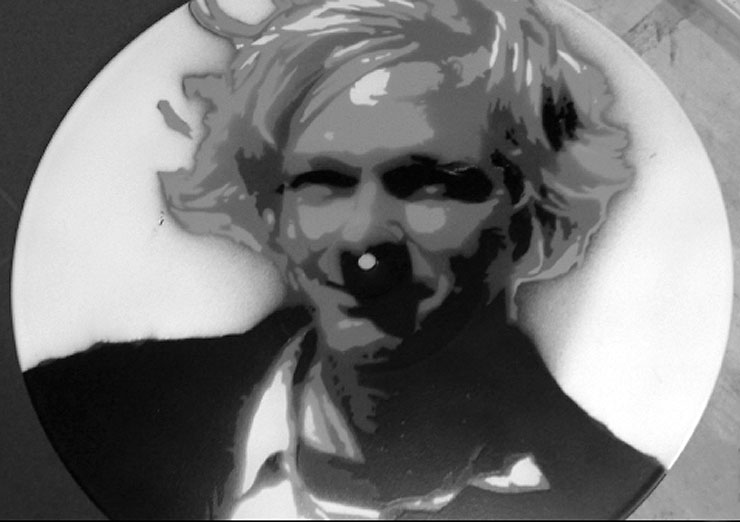 A new stencil on a vinyl album by Amorfart Stencils (© Amorfart) 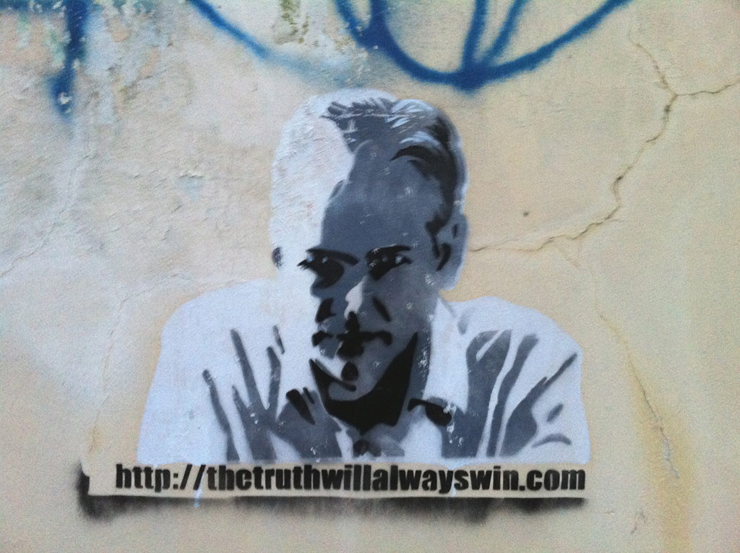