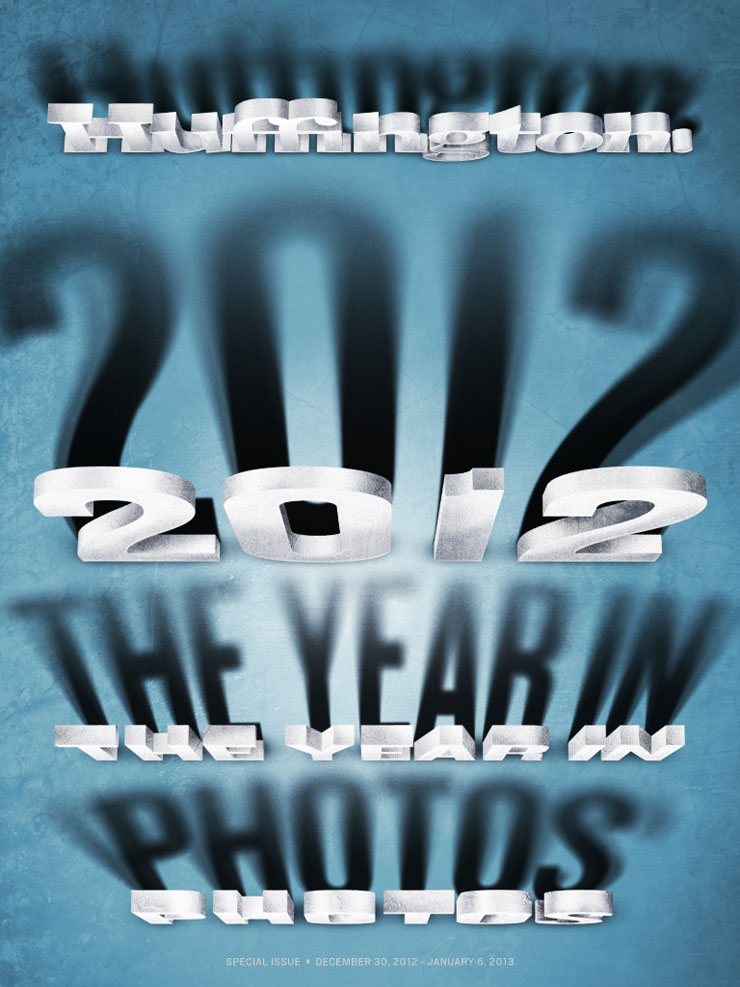 Our new essay appearing in Huffington Magazine was just published December 30, 2012 where BSA takes a look at the new developments on the street in 2012 and makes some predictions about 2013. We’re honored to be in this new edition (their 30th issue) and psyched to share some of it here with you. If you have an iPad, you can download Huffington for free along with this issue right now here.

2012 was an exciting year for Street Art around the globe as it continued to climb into the consciousness of the mainstream with phone apps, museum exhibitions, public panels and workshops, street tours, auctions, gallery shows, and an increased recognition, if not a full-body bear hug by cities with street art festivals. Rooted in an urban aerosol tradition that comingled the concepts of outlaw with public art while many of today’s Street Artists were children, this is clearly not your fathers’ graffiti. 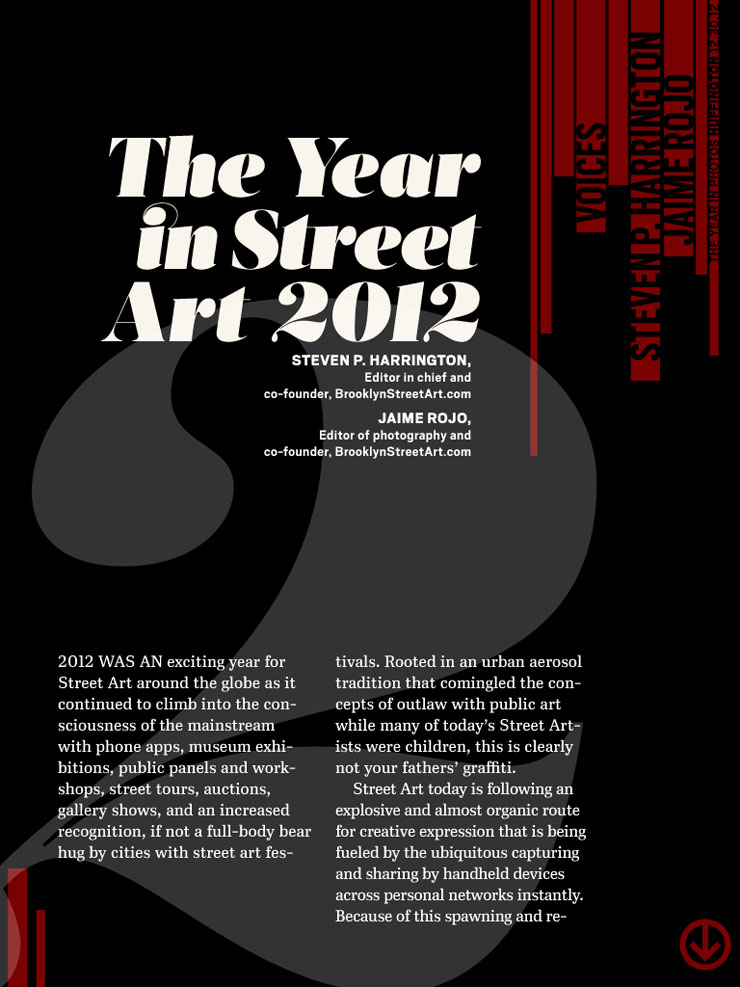 Street Art today is following an explosive and almost organic route for creative expression that is being fueled by the ubiquitous capturing and sharing by handheld devices across personal networks instantly. Because of this spawning and regeneration at this intersection of tangible, virtual, and eye candy, we continue to say that Street Art is now the first worldwide peoples art movement in history.  No admission is charged, no gatekeepers are obeyed, anyone participates, and everyone is a critic. 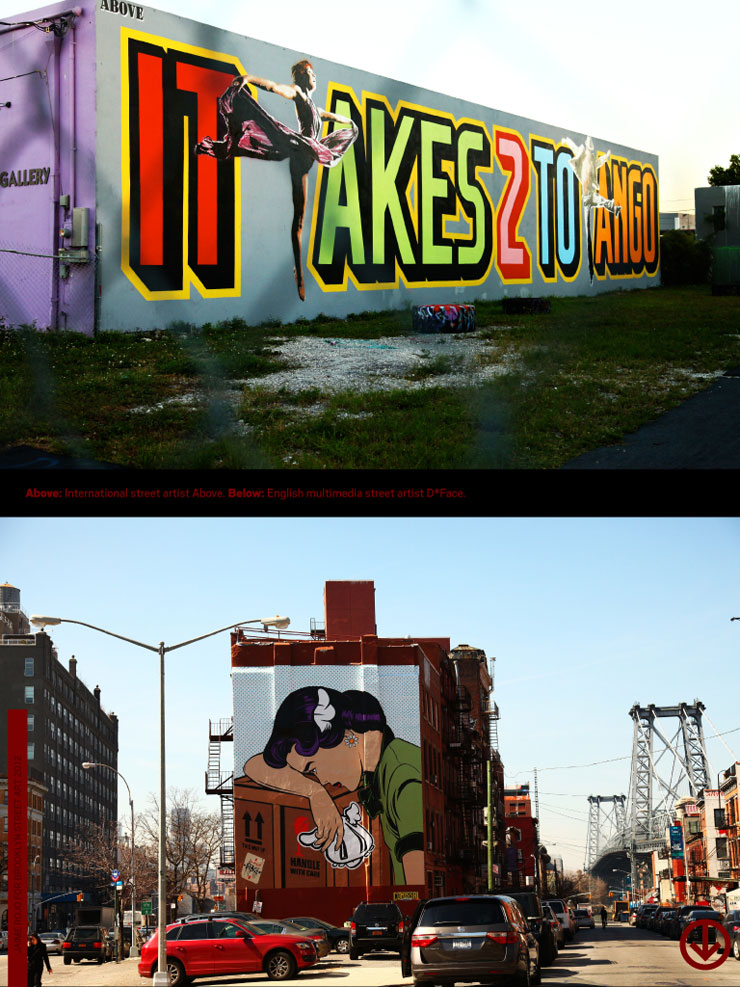 Through hundreds of interviews and postings, and thousands of photos published, we have had the opportunity to take the pulse of the street while it’s big heart was beating hard and it’s big mouth was talking loud. There is a new Street Artist on the scene almost daily at this point (some with press releases) and their styles and abilities are in continuous flux. Much of the work today can be said to take as many cues from formal art training and Western art history as it does from pop, commercial, and sort of “traditional” graffiti-skater-punk-hiphop cultural influences.

To help define 2012, we would say that over the last couple of years we’ve seen a diversion from the pop-irony and repetitive replication of the 2010s variety of Street Art. With hand painting and wheat-pasting there has been a renewed interest in one-off, highly labor-intensive storytelling that can only be described as D.I.Y.  In 2012 we saw an increasing “hybridism” of graffiti and Street Art styles in completely surprising and often successful ways; a sort of visual détente declared between the two, now more intertwined. This hybridism could also be due to collaboration that often takes place on the street and the fact that street work by nature regards its venue as laboratory; a sketchbook for trying out new ideas where the pressure for perfection is not as high as, say, a gallery show. 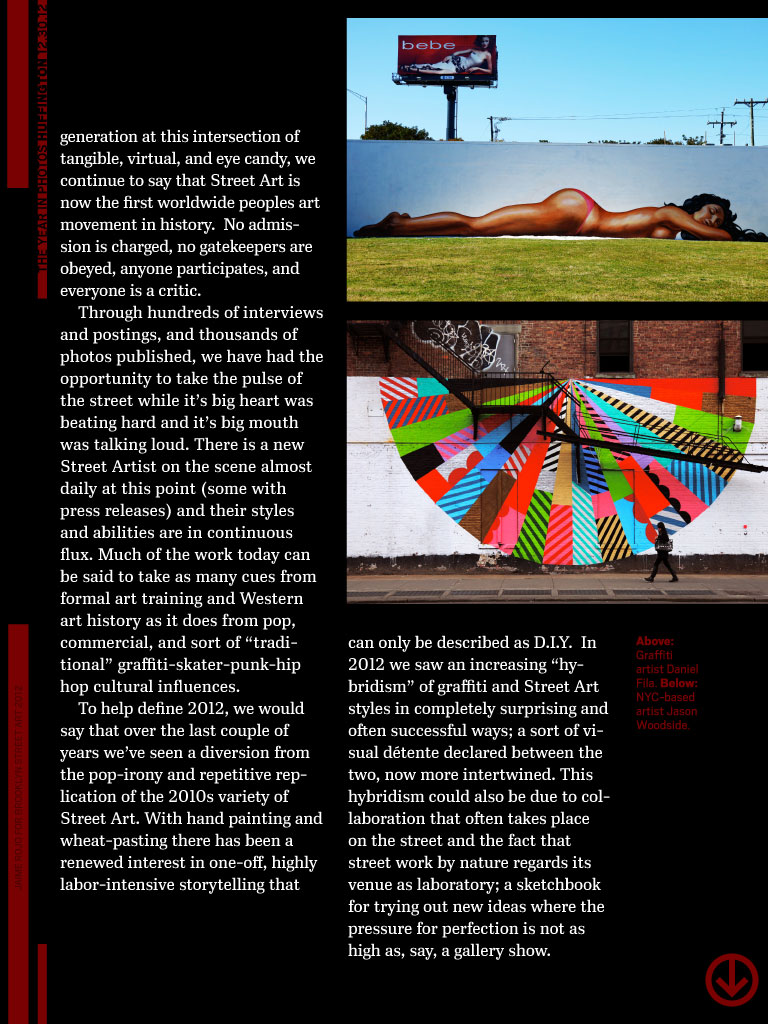 As ever, we saw bodies exposed and a range of emotion expressed, but this year we noticed a thick swelling of sexual themes and sensual depictions, surprising because of the (duh) public nature of the work – and because it sparks so little outrage or censoring as it competes with advertising that is always pushing the envelope. Ironically, one of our photo essays this year contained so many blatantly sexual works found on the public street that we had to label the posting as NSFW. (Sex In The City: Street Art That is NSFW)

Finally, and most significantly for the formalists, we saw a sizeable number of artists working abstractly – embracing color, pattern, geometry, and grand scale simultaneously. Almost overnight, the work is the signature, and the signature is the work in these eye-popping asymetric vibrations that marry the clarity of a modern 20th mid-century with the irrational colorful explosions of the disco hippies. We were so blown away by this non-figurative, non-tagged cacophony we mounted our own small show called Geometricks this fall in New York, while unbeknownst to us a larger and similar show called Graffuturism was being culled by very like-minded observers of the street in LA. 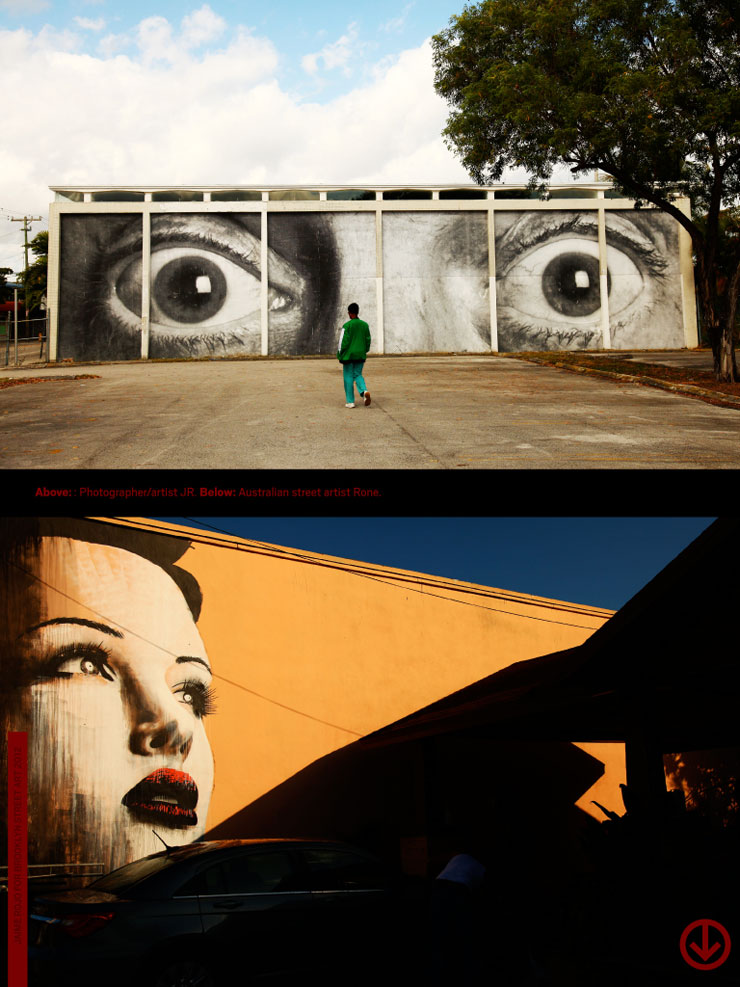 For 2013 we’re forecasting more interest in sharing this digital eye-candy, a greater inclusion of influences, the further growth of commercialism, and a regular parade of Street Artists marching into galleries, museums, and private collections.

Periodically over the last decade or so we have heard someone declaring to have discovered the signpost for the Death Of Street Art, but they have ejaculated their pronouncement prematurely. Every year of this century has marked an expansion, and it seems to take on more life and languages as it reinvents itself.  Undoubtedly there is an ebb and flow for all art movements and we have seen a fair amount of regurgitation and derivative work out there, but the practice of Street Art, or whatever it is called next year in New York, London, LA, Paris, Miami, Barcelona, Rio de Janeiro, Mexico City, Johannesburg, and a hundred more cities, continues to capture the interest and imagination of new fans and practitioners every week.