So OK. This is not Street Art. We know that. But it’s Brooklyn, and it’s always changing. Today we’re saying goodbye and thanks to a local diner that we relished.

When we first moved to Williamsburg in 1999 it was all crack vials and condoms and burning cars. And that was just our studio! Nobody wanted to come visit us from Manhattan – they couldn’t be convinced that there was a lively artist bohemia pulsating in this abandoned industrial neighborhood.

Billyburg had few places to go out at night or to eat at, so most socializing and parties were in studios or on roofs. But what it lacked in quantity it pretty much made it up with quality: The converted mechanics garage Galapagos had $4 beers and a fire-eating bartender, eclectic DJ’s, assorted local artists and artisans in scruffy clothes, and the sunken floor that created a reflecting pool. “Diner”, still there today (although a lot more expensive than it used to be) was a reliable dive to walk in, have a legendary pork chop and beer, and watch the bartender goad someone into dancing on the counter. The pint sized Planet Thailand on Bedford Ave had only four or six tables but the kitchen was fast and you could order your food ahead of time and take it home. And on the North Side there was, and still is, Thank God, Pete’s Candy Store – a bar made in a converted you-know-what that had beat up old furniture and Bingo on Sunday’s and local singer-songwriters on the stool in the backroom. Thanks to Tammy Faye’s son, now it has church on Sunday.

Until last month there was also Relish on Wythe Ave. across from the burly motorcycle repairman with the German Shepard who made you cross the street with his barking. For most of it’s existence we loved Relish for their great not too expensive brunch offerings and their amazing $8 dollar hamburgers; the best antidote for hangovers. The owner was always hanging out and chatting with the customers. The wait staff was friendly with the rare exception of the occasional starlet-to-be with an icy stare and no patience. The garden was open for you to come in and sun bathe if you’d wish with a small statue of the Virgin Mary there, perched in her half shell and keeping an eye on the grounds and making sure patrons and movie shoots didn’t get out of control.

After the image you can read the farewell letter that the owner typed old fashion style on a typewriter and posted on one of the doors. Then you can see Kelis’ video shot there a few years ago. 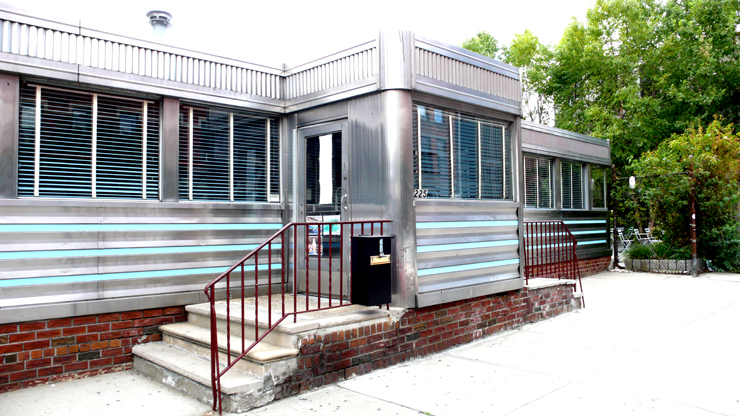 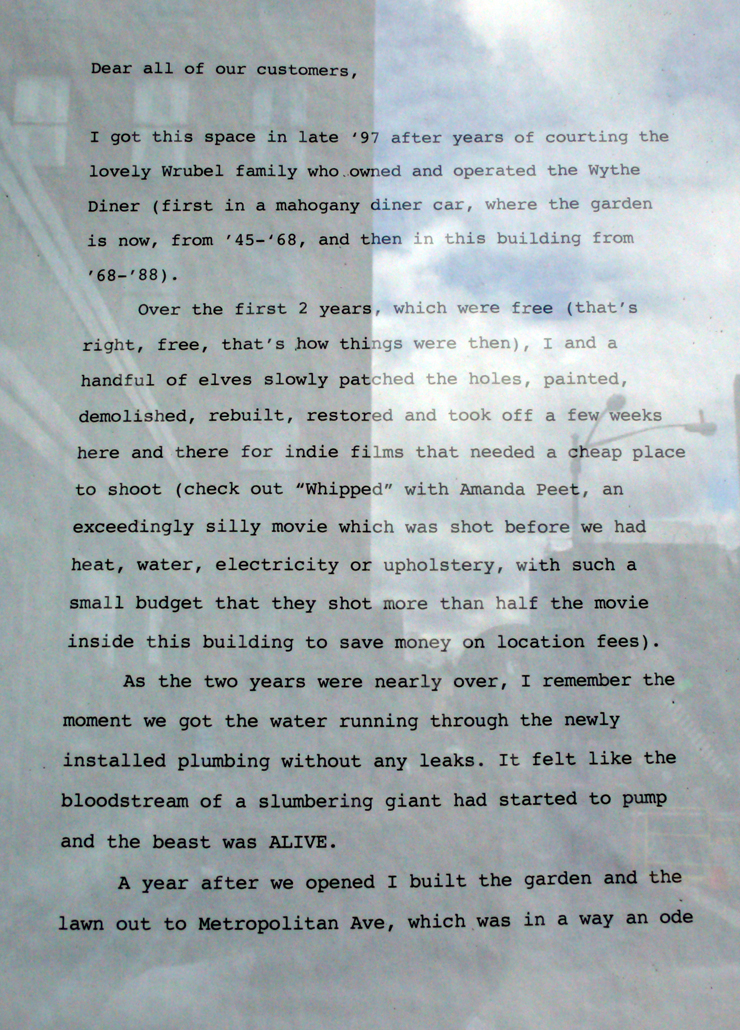 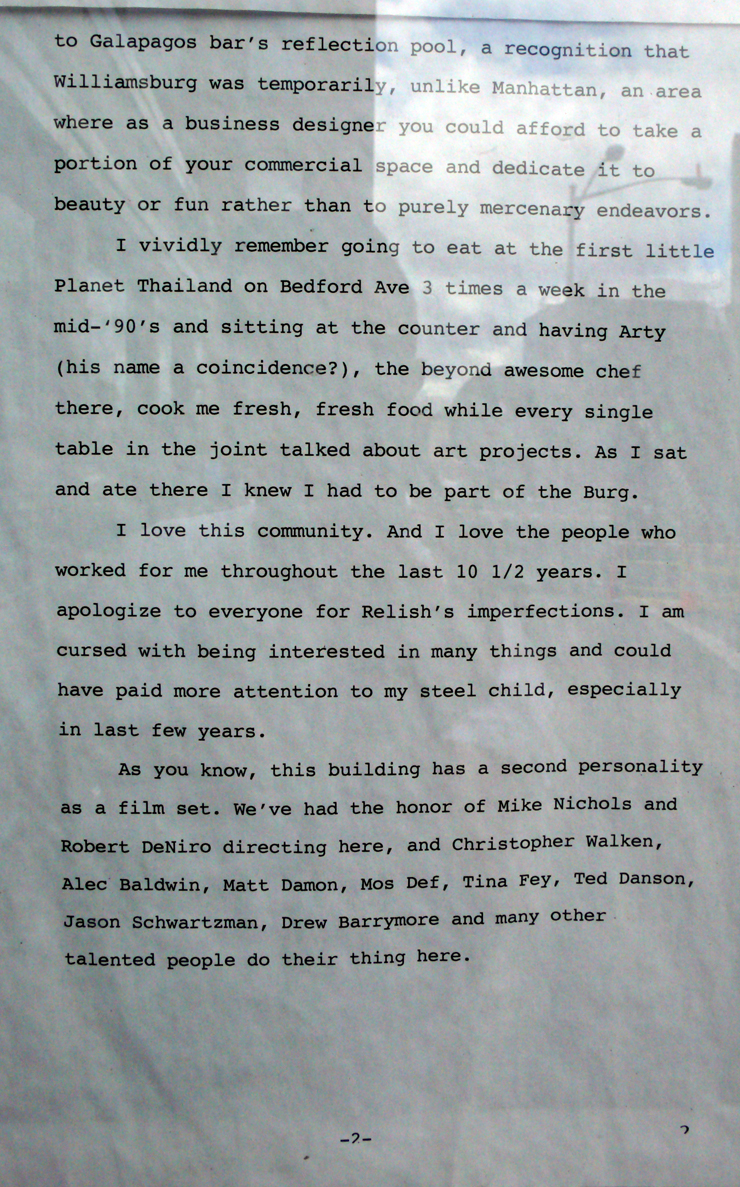 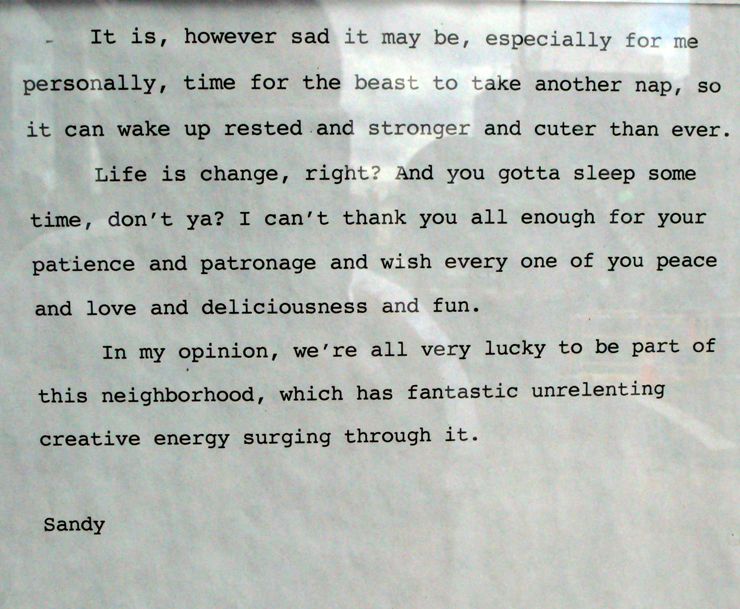