Skateistan: 50 Original skateboard decks personalized by artists, including the one from Brooklyn street artist Quel Beast below are going up for auction – All proceeds go to Skateistan, Afghanistan’s first co-educational skateboarding school. The school engages growing numbers of urban and internally-displaced youth in Afghanistan through skateboarding, and provides them with new opportunities in education, access to healthcare and cross-cultural interaction. Check out the decks! 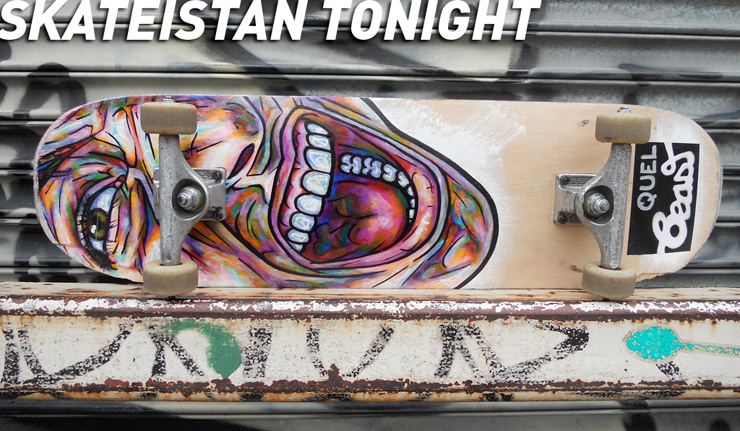 Skateistan is the only organization which provides girls in Afghanistan with the opportunity to play sports. Skateistan has engaged with the children’s families, schools, and communities to build a grassroots movement to improve their quality of life and Afghan communities. In a country where 50% of the population is under the age of 16, Skateistan’s programs have an important impact on the daily lives of the children of Kabul.

Skateistan brings children together, equipping young men and women with the skills to lead their communities toward positive social change and development.

Books and Typoe and friends in Miami’s Wynwood District actually have made it a scene there each December, blending the graff with the street art and in the process building a welcoming community for artists.  Sure they pose like they’re all bad*ss N sh*t, but that is jus stylin’ boyeee.

Some of BSA’s coverage from Primary Flight ’09: