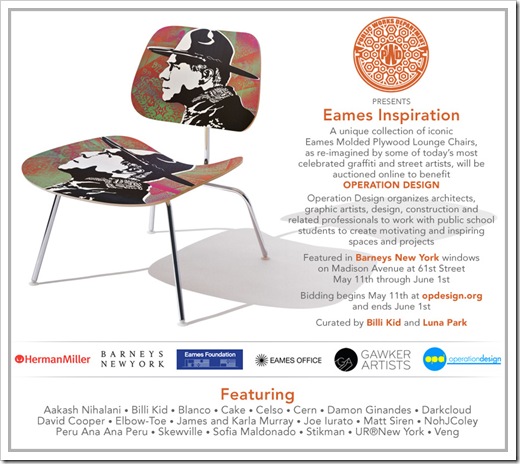 May 11th through June 1st

April 14, 2010 (New York, NY) – The Eames Foundation, Eames Office and Herman Miller have teamed up with the Public Works Department of New York to present an online auction featuring a unique collection of iconic Eames® Molded Plywood Chairs as re-imagined by some of today’s most celebrated graffiti and street artists.  Beginning May 11th, the limited edition “Eames Inspiration” collection will be on display in the windows of Barneys New York

MORE INFO FOR THIS EVENT TO UPDATED LATER