Last time I was naked on a rooftop was when the neighbors’ Thanksgiving turkey caught on fire. Insert joke here. 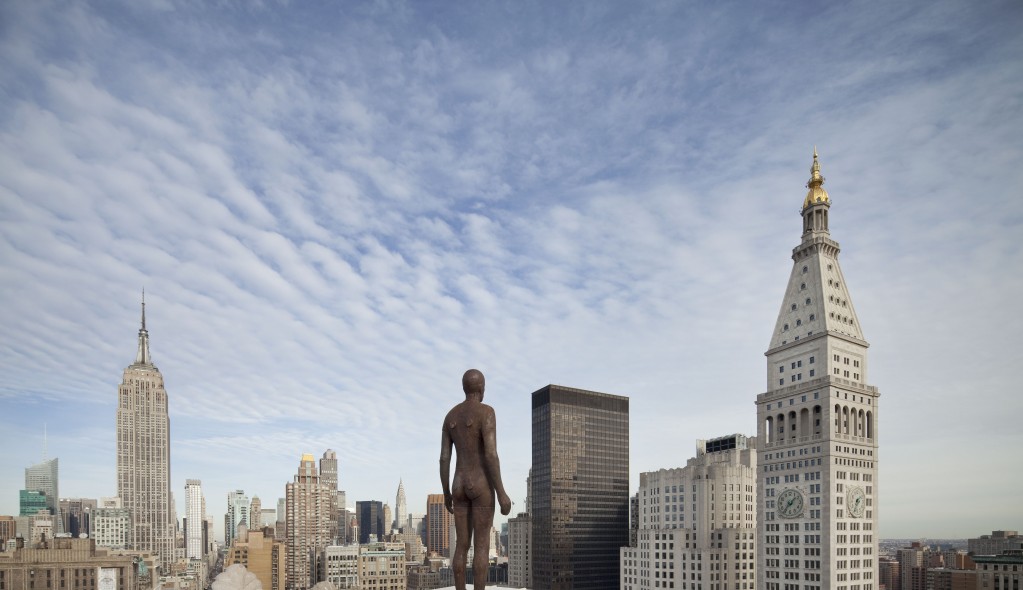 This is New York, and we love our Public Art – even the sanctioned stuff. And nudity doesn’t bother us in the least – unlike Moscow, where the mayor refused Gormley’s rusty, naked iron men. 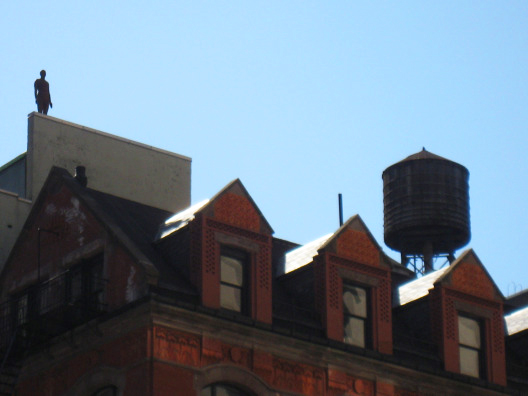 “Manhattan remains a living laboratory of how human beings can live together,” says the artist, whose sculptures are viewable on the ground and teetering on the edges of buildings around Madison Square Park, located between Fifth and Madison Avenues, and 23rd to 26th Streets. 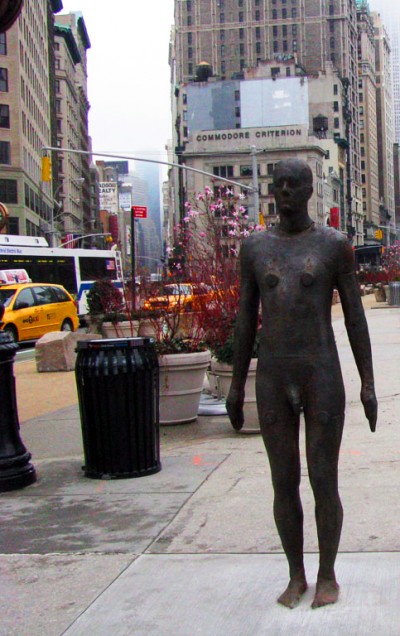 Good thing spring is coming, because it's cold out here! (image courtesy artobserved.com)

Chip Thomas Invoking Life Back Into a House for 2017 Joshua Treenial
Curators Kóan Jeff Baysa and Bernard Leibov selected about 15 artists and collaborators to create installations for the 2nd edition of the Joshua Treenial, which opened the first weekend of April and ...
Antony Gormley Event Horizon Madison Square Park