Adaptation You Can Believe In

It’s striking how the British Newspaper “The Sun” is presenting their endorsement for conservative candidate David Cameron. Turning a campaign visual theme from the 2008 US presidential candidacy of winner Barack Obama on it’s head, the design choice for tomorrow’s cover is a move variously cited as bold or bereft. We’re just wondering if Shep will smell a lawsuit in there somewhere. 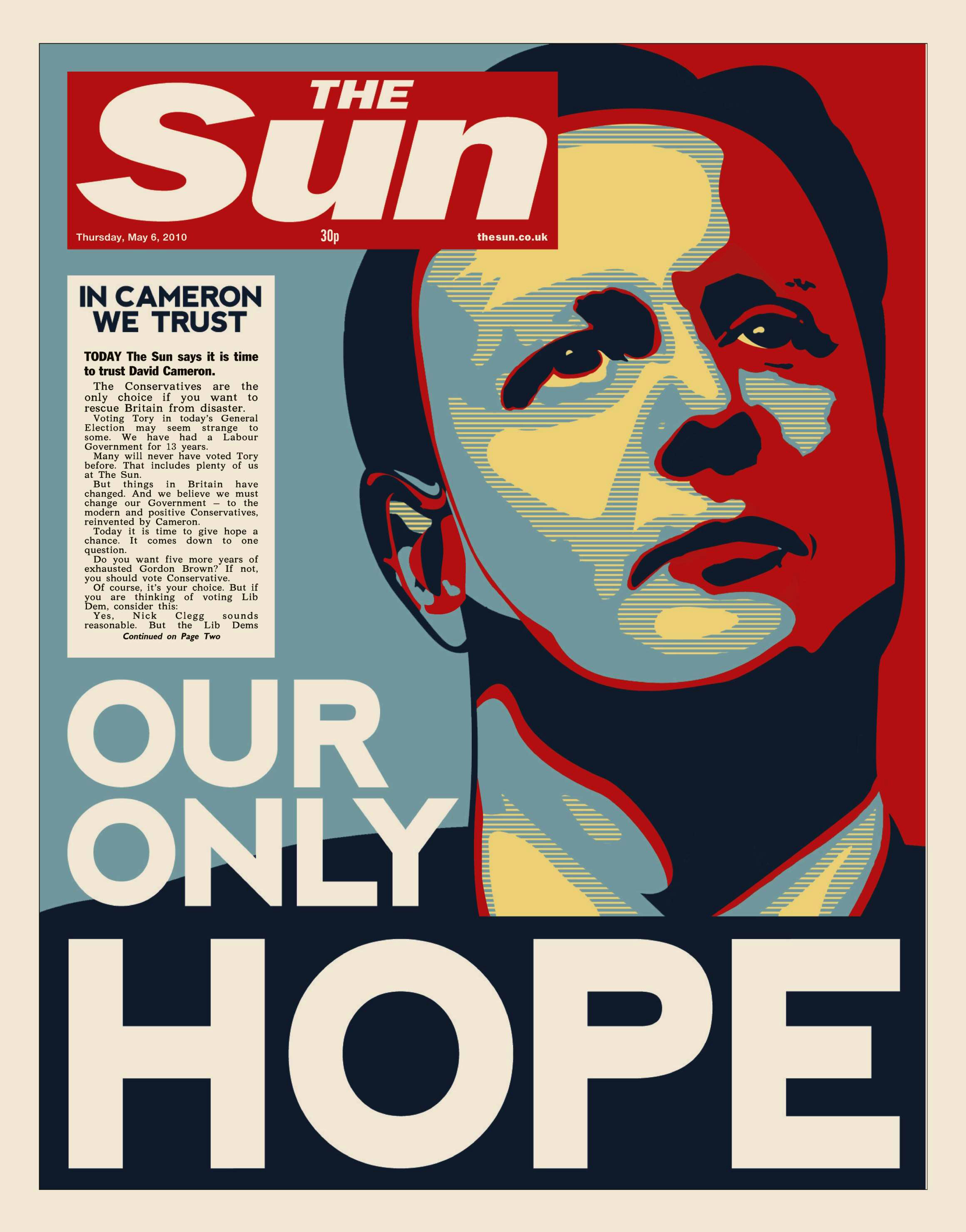 The cover of tomorrow's Sun newspaper features a Fairey'd treatment of conservative Cameron.