Will and Kate as Sid and Nancy: They’re not the snooty types 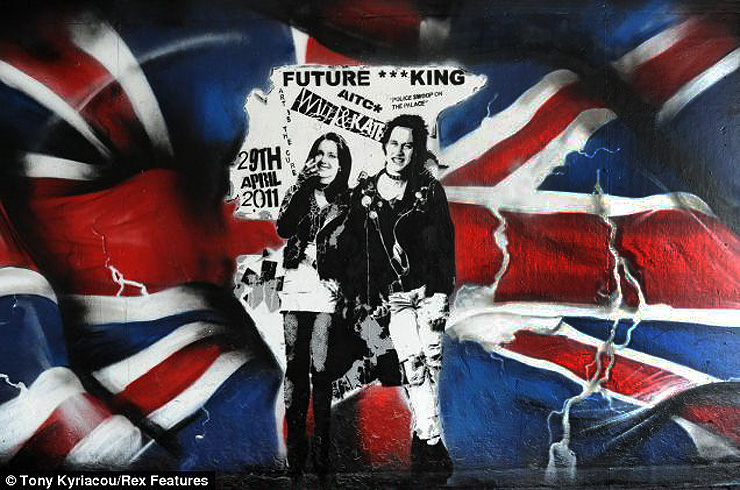 The anticipated springtime royal coupling of blue bloods is reduced to playing “dress-up” at the 80’s Night Theme Party and just one more nail in the Rotten coffin of anarchy in the UK. Prince William and Kate Middleton, unborn at the time when Britain birthed the sneering Sex Pistols in the late 70s, are transformed cheerily into “edgy” punks in this new Street Art stencil by artist 24 year old Rich Simmons, surely causing Sid Vicious to roll in his grave. Then again, he might have had a good larf to see how unemployed working class youth giving the finger to an indifferent establishment eventually was mollified into a kooky “fashion choice”.

Read more at Metro.co.uk who published the photo above: 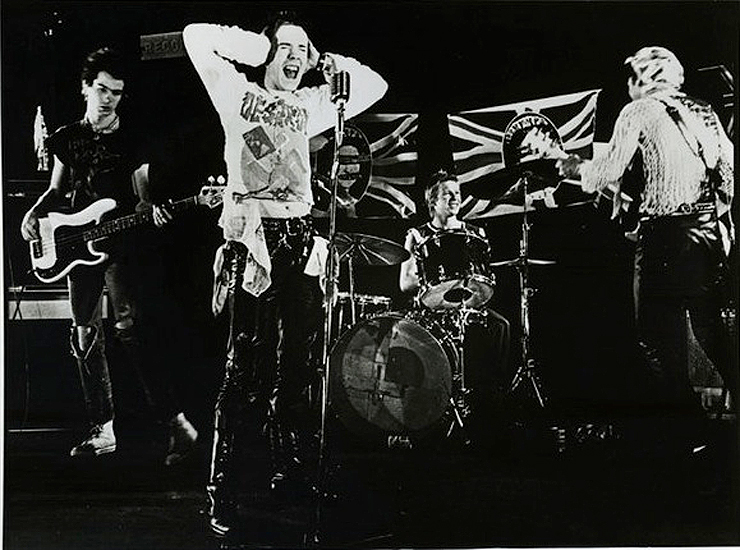 The Sex Pistols during the shoot for the “God Save the Queen” promotional video, early 1977. The Jamie Reid poster is displayed behind the band (public domain).