The new Street Art Abstraction we’ve been talking about continues apace in the public sphere, perhaps buffeted by current shows like MoMA’s Inventing Abstraction and the 100th anniversary of the earth shaking Armory Show that turned modern art on its head.

Not quite as earth shaking, but still a marker on the path in the urban forest, fine artist Doug Fogelson wheat pasted this mural in the Wicker Park neighborhood of Chicago over the weekend. Ecological and environmental intersects the geometry in the photographed patterning – the same sort of study that launched many a cubist and modernist, stripping the angles, lines, and forms to their fundamentals. 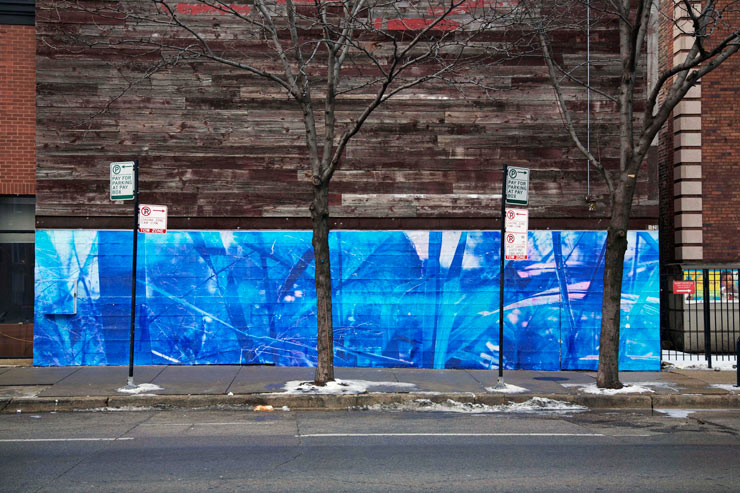