“It’s this idea about feeling alone in the busiest place in the world.”

In this new video shot and directed by Stephanie Johnes, Logan gives a good idea about his current state as an astutely mighty stencil artist and his status as a citizen of Brooklyn, NYC. In a new show opening Wednesday at Opera Gallery with his fellow street artist Anthony Lister, he will be showing a new collection that reveals an ever more focused attention to clean lines that results from a new technique he’s using.

In his ongoing fixation with “vanishing perspectives”, daddy Hicks has been researching historical photography of New York and it’s architectural wonders of the early 1900’s: Beaux Arts to Banal Tenements to Industrial Soullessness. Hicks channels the empty solitude of the single figure (apparent or implied) amidst the hard angles and stream lines of his city with a new set of crisp and reflective stencils.

Says Logan, “(It’s) either serenity or depression, depending on your mindset”. Looks like serenity from here. 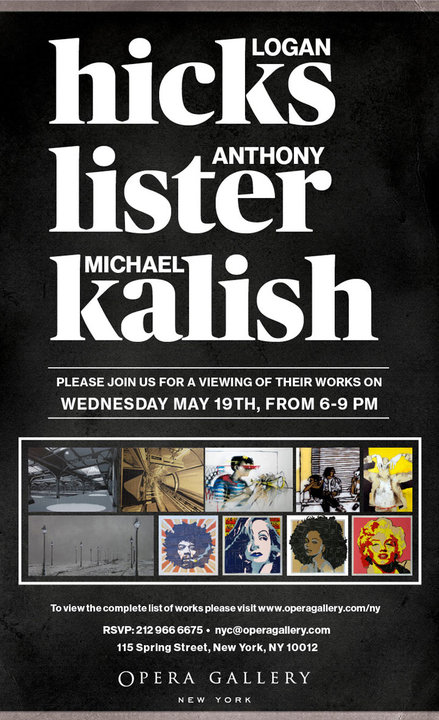