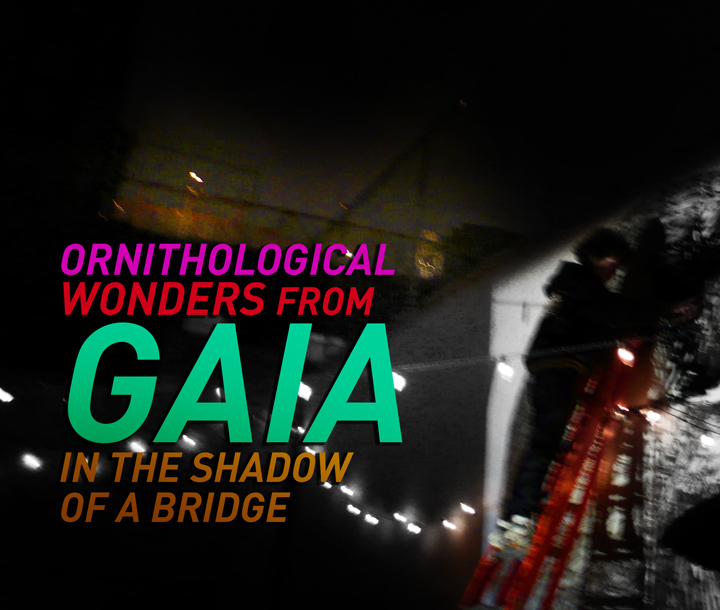 Street Artist Gaia worked two nights this week atop a ladder on a new double-headed Starling; a mutant foreshadowing of future Spring, under the darkened light of the Williamsburg Bridge.

Painting among  and around the simple strings of outdoor lights gave the night-time a carnival like, magic-infused feeling. The sound of rumbling trains overhead quickened the heartbeat, the metallic serpents in the sky somewhat ominous. 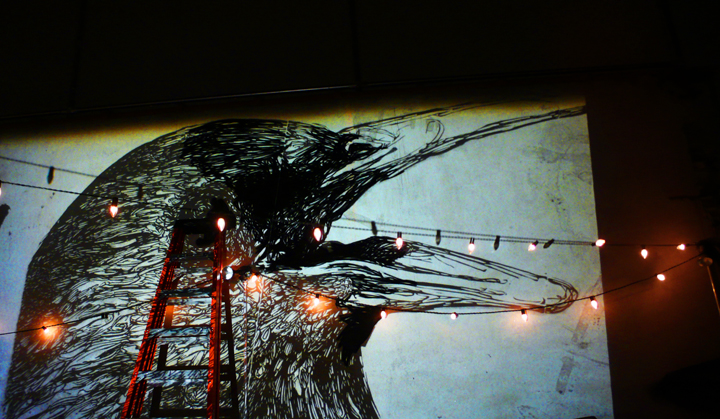 The projected image of the first starling is about 30% rendered in this process shot (photo ©Steven P. Harrington)

Gaia,”I have been utilizing the reflected image as a method of creating a simultaneously disturbing and enticing image.” (image ©Steven P. Harrington) 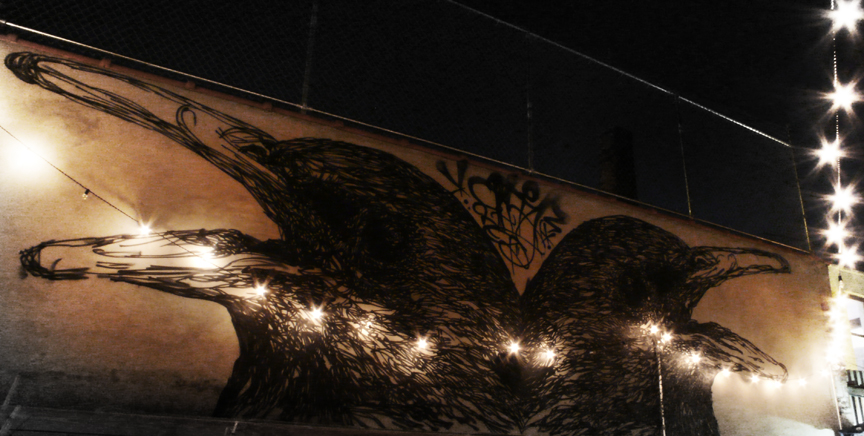 “The patterns created by the line works confluence in the center establishes a new image born of the twins. There is a certain mystical quality to the double, the symmetrical and the Gemini. The corresponding likeness in a pair has always carried a certain sense of intrigue and mystery,” says Gaia