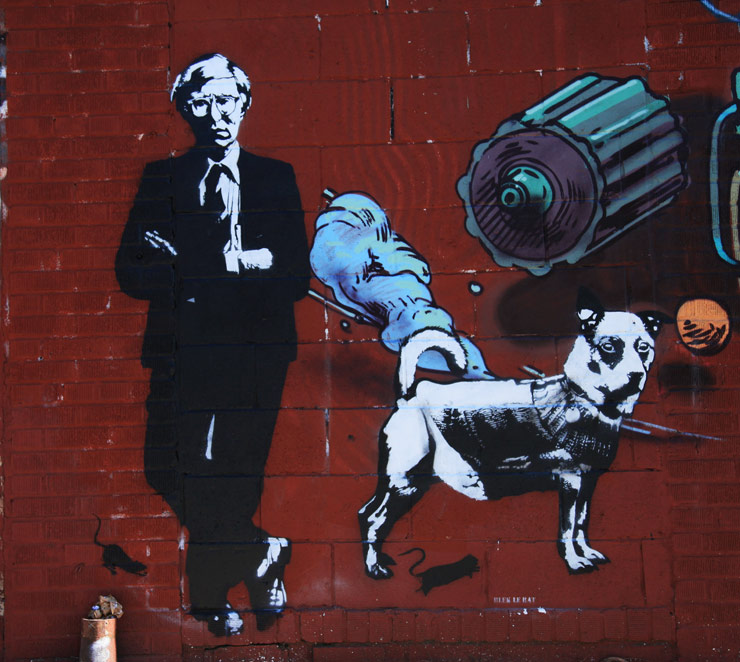 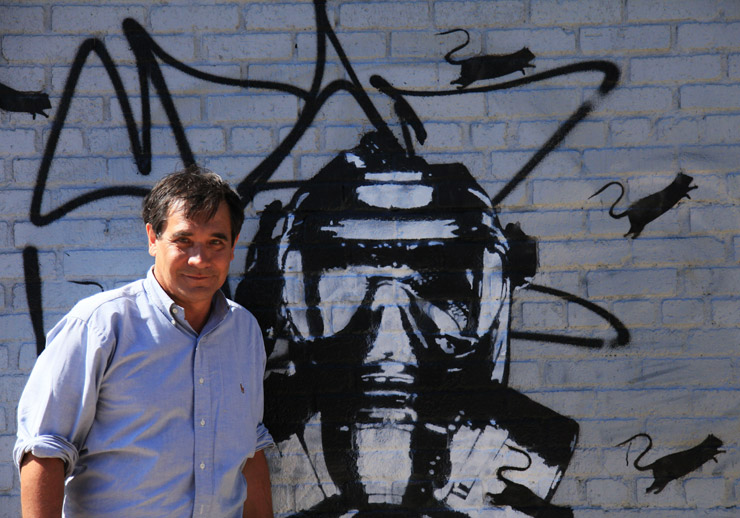 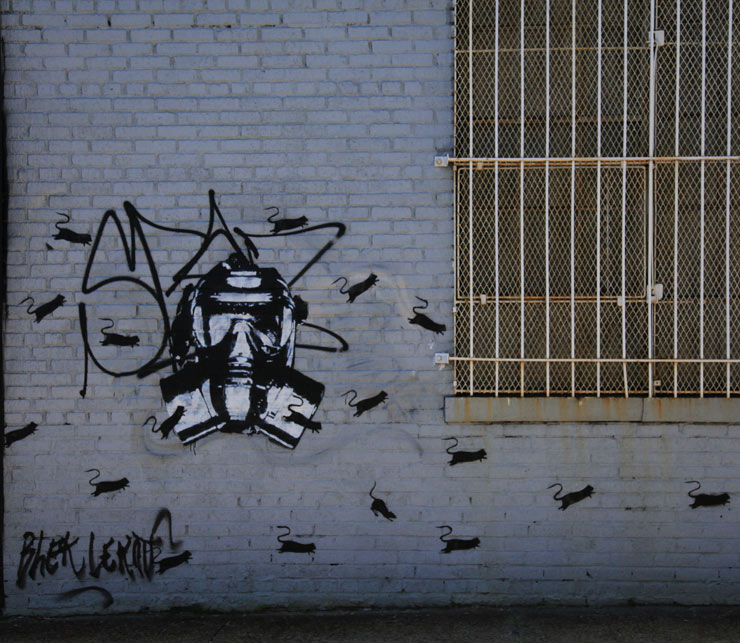 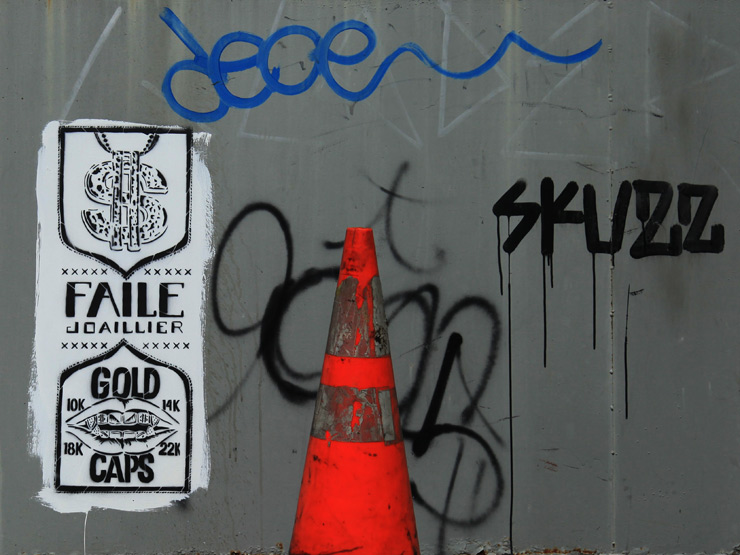 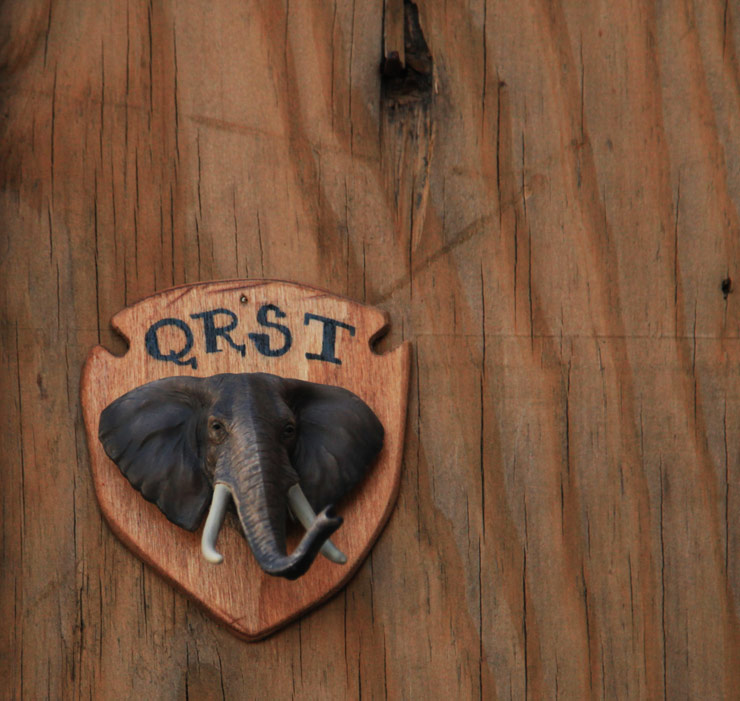 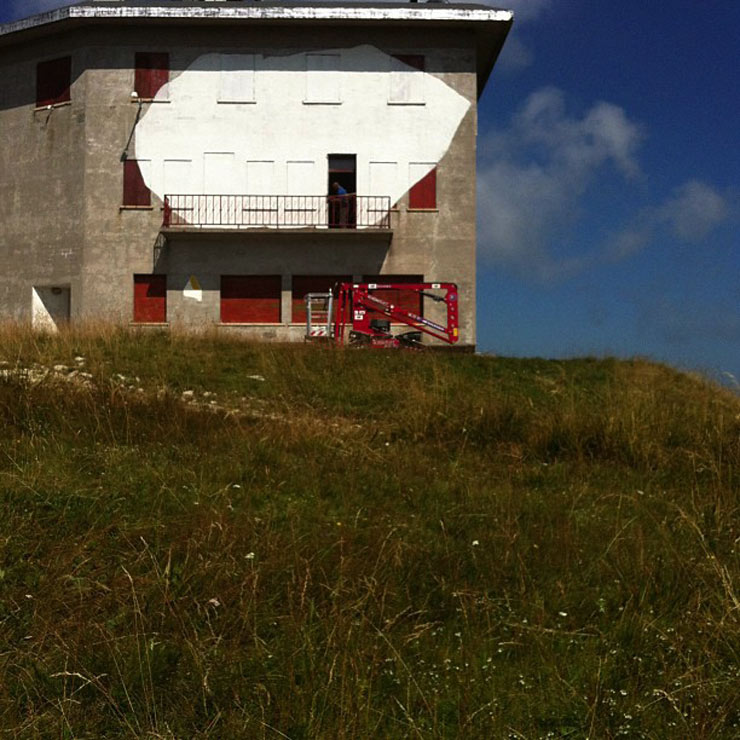 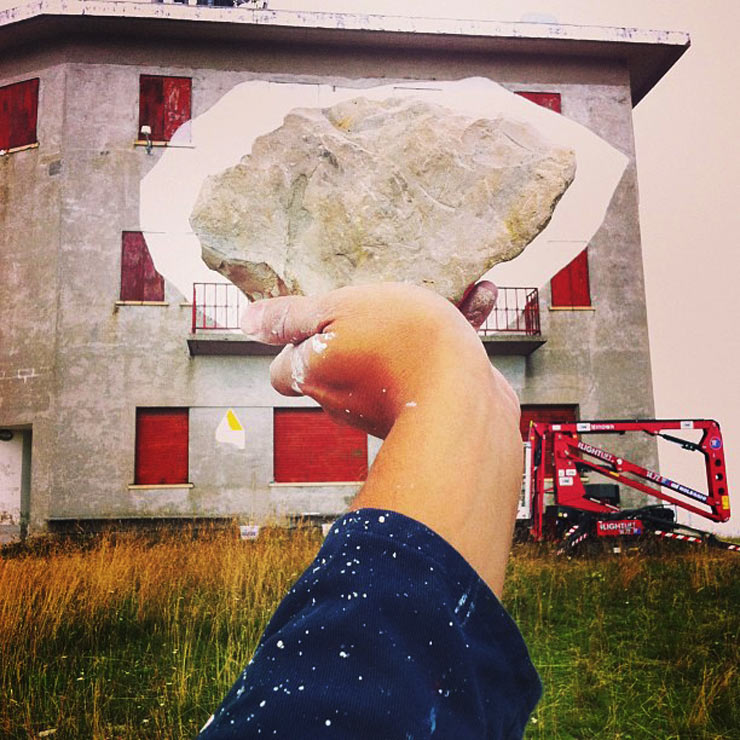 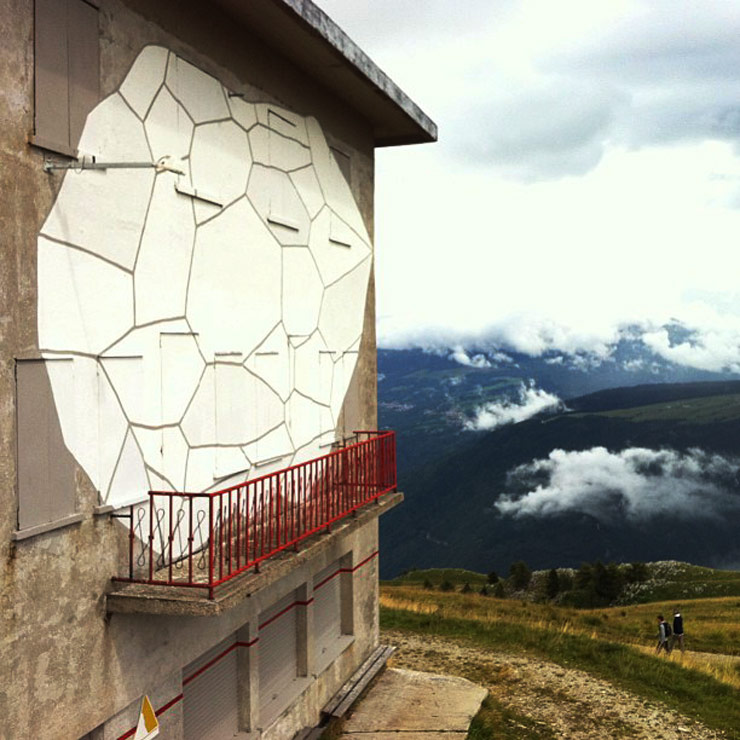 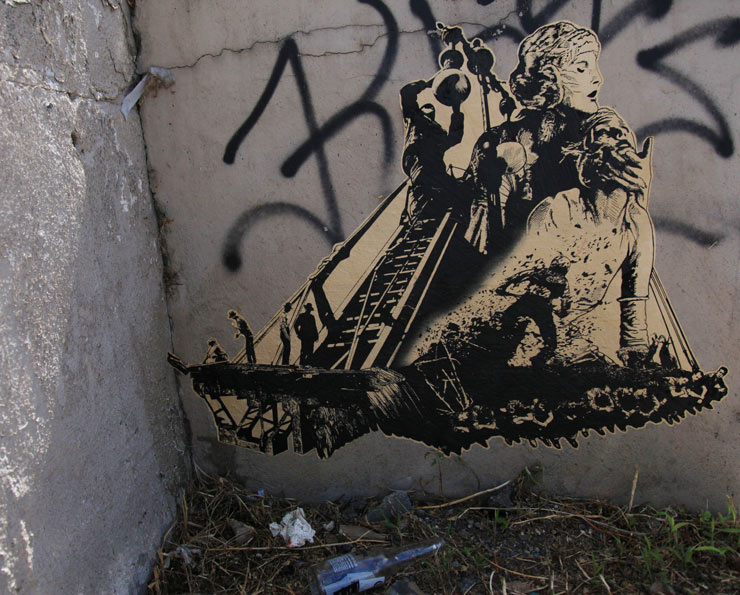 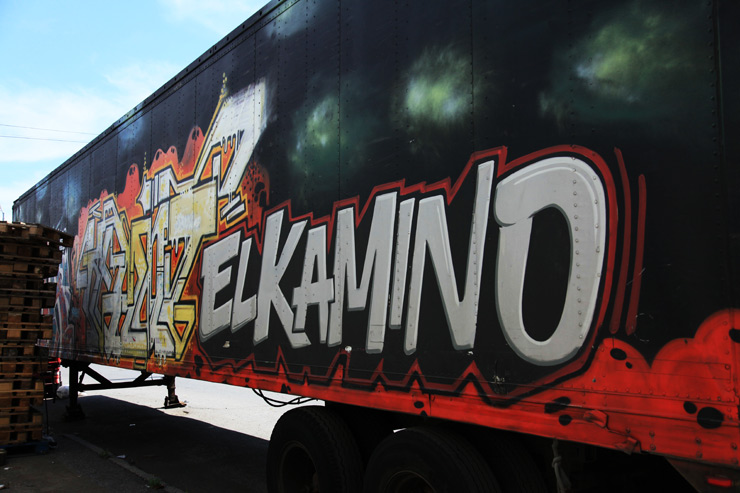 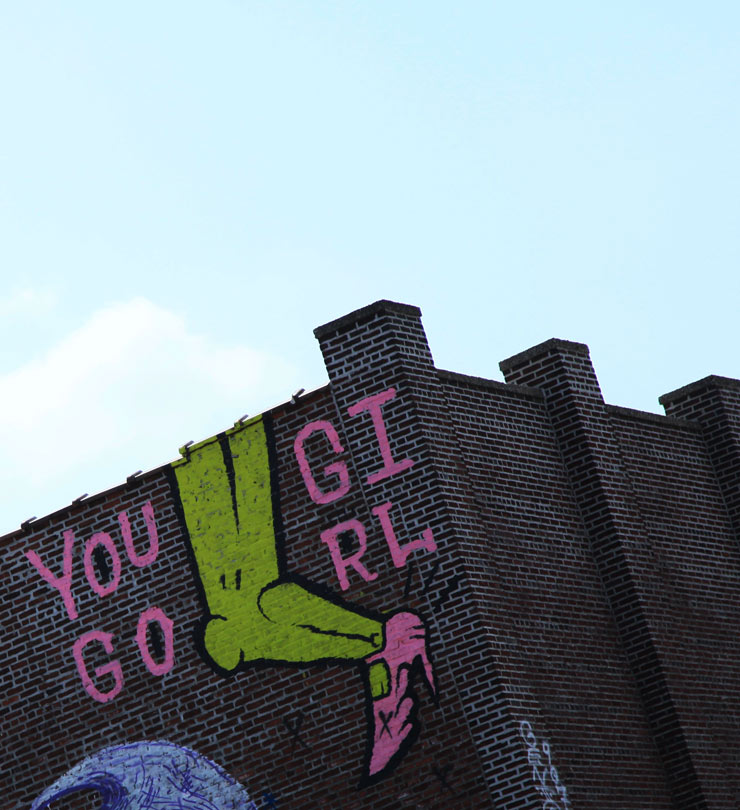 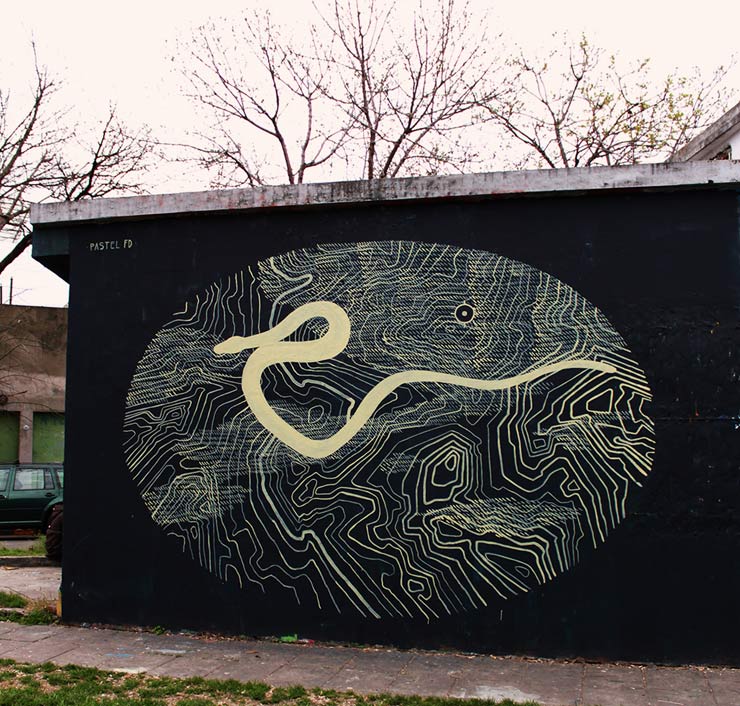 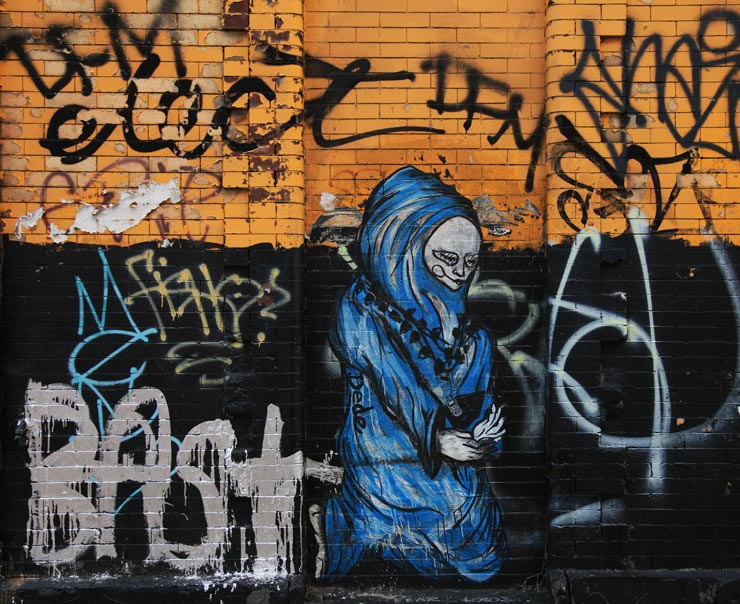 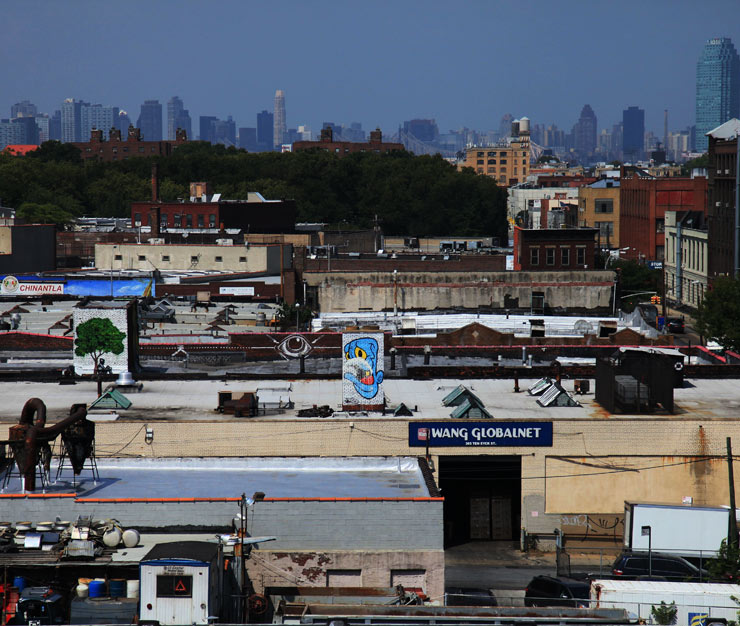 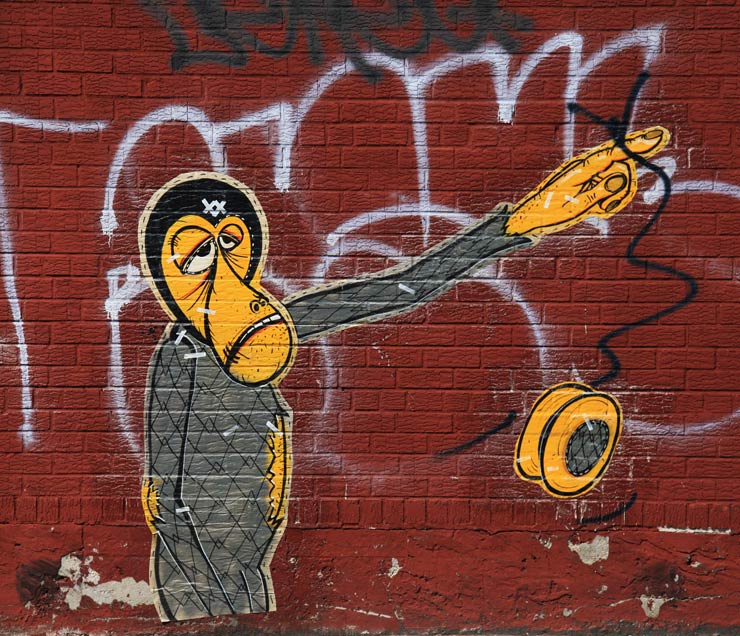 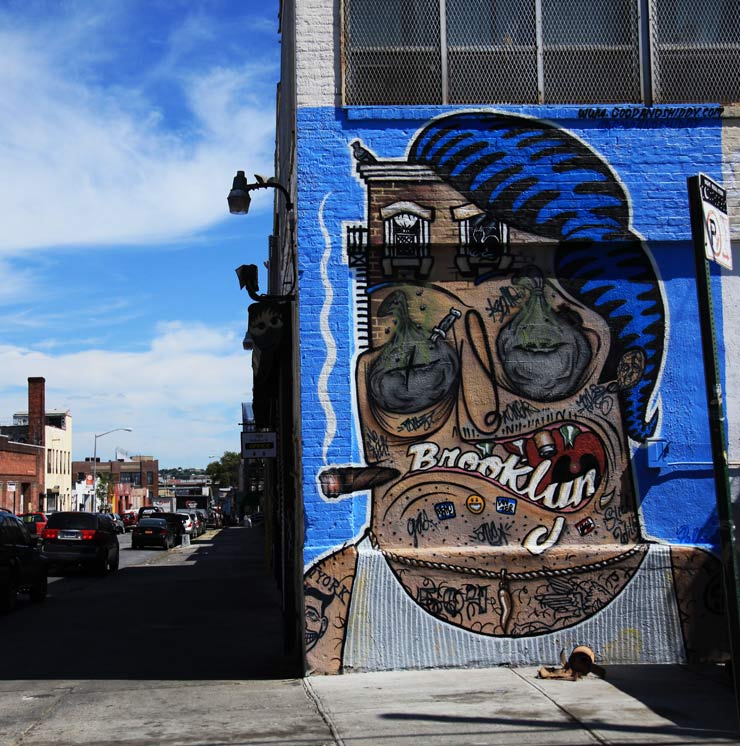 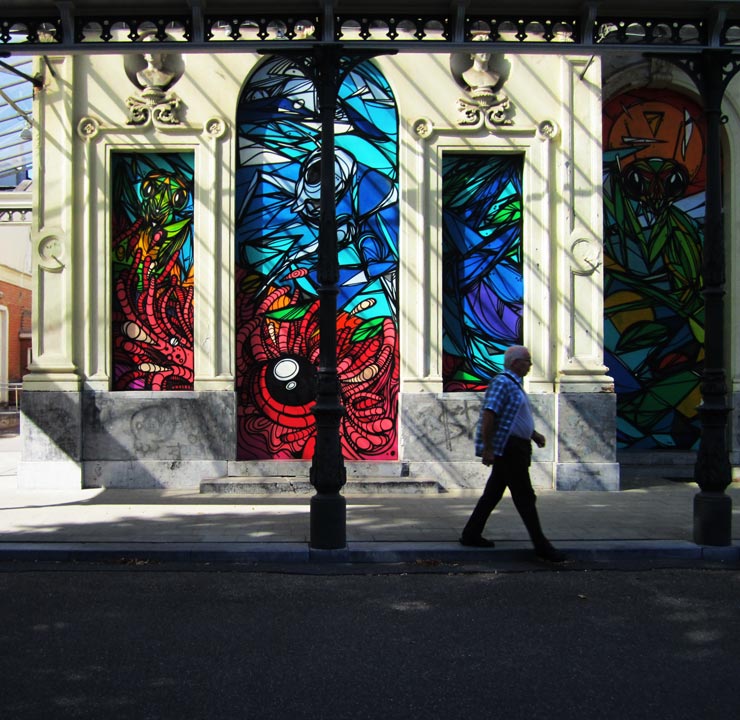 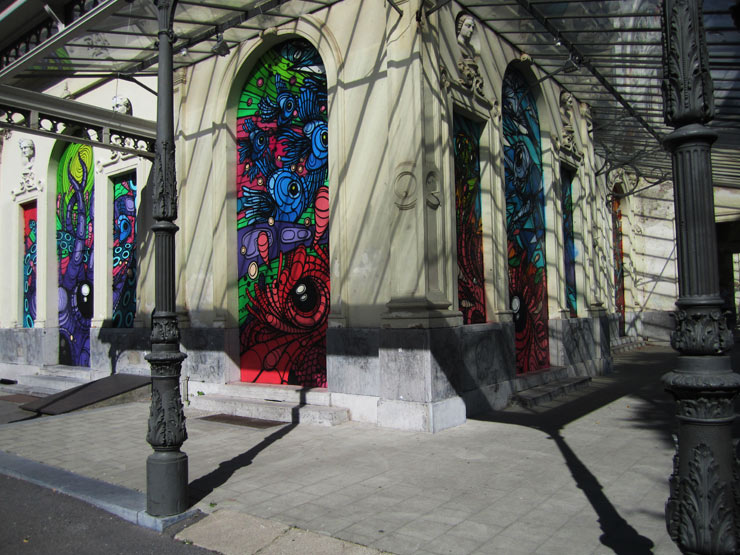 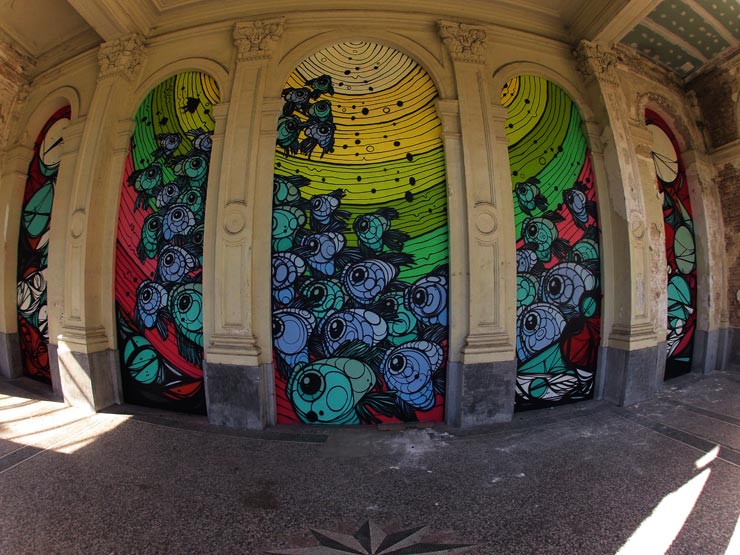 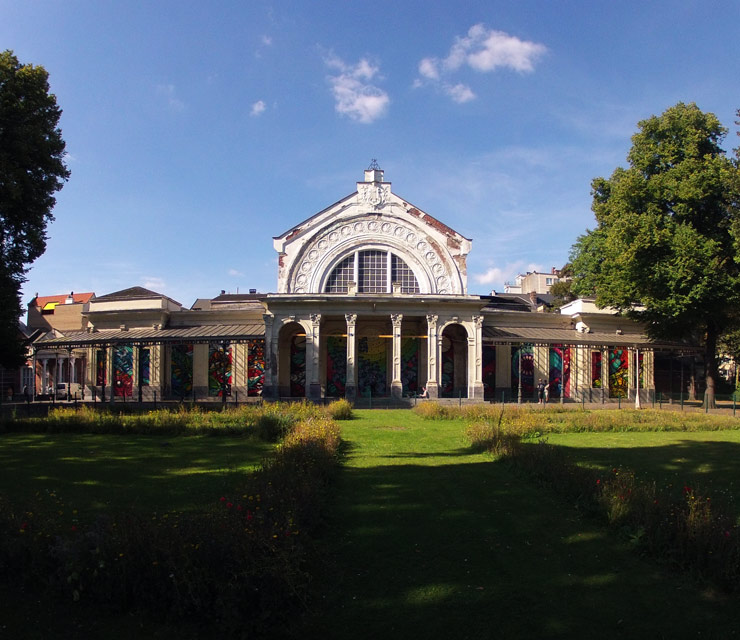 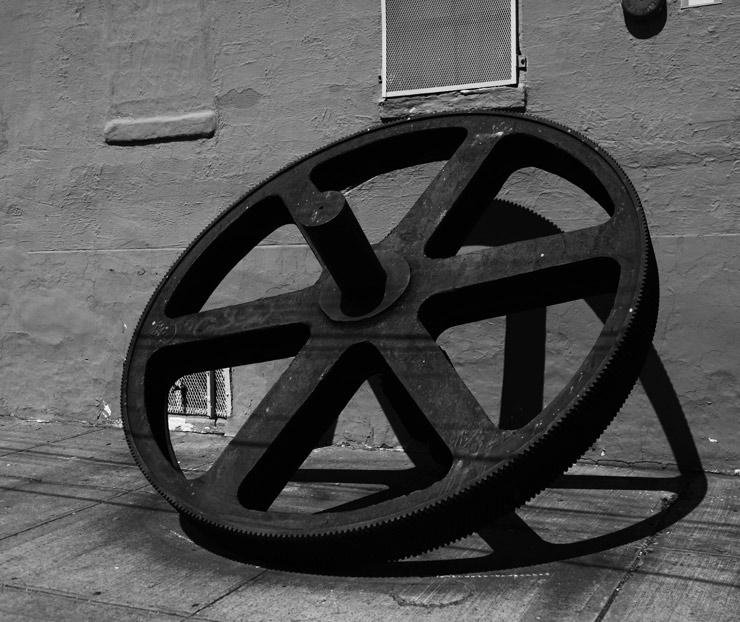 Bifido Says Goodbye to Sochi With a Big Gay Kiss
It was such a short affair, just one of those things. Italian Street Artist Bifido has the last word on street about the Sochi 2014 Winter Olympics with two guys in Pussy Riot ski masks and boots, an...
First Monograph by Germany's ECB is "Blurring Boundaries"
Hendrik ECB Beikirch "Blurring Boundaries" (photo of book spread by Jaime Rojo) A respectable and rich first monograph by German Street Artist Hendrik Beikirch, known on the street as ECB, Blurring...
BSA HOT LIST : Books For Your Gift List from 2016
Nothing can replace the experience of reading a printed and bound collection of images and texts - and the number of Street Art and graffiti related books that come out every year continues to grow ...
Etnik's Geometric Forms Popping Off in Rome
Furthering his examination of geometric forms interacting in a multi-dimensional field, Etnik creates this new mural in a Roman neighborhood in full view from your terrace. The cube forms emanate forw...
'Wandelism' Brings Wild Change for One Week in Berlin
A partnership of artists, curators, and real estate interests is giving a seriously entertaining show this week to Street Art and Graffiti Fans with this site-specific exhibition of ingenious interven...
Andreco Antwerp Bast Belgium Bishop203 Blek le Rat Brooklyn Brooklyn Street Art Dede DZIA El Kamino Faile Faile.Skuzz GIJ VAN HEE Harmoniepark Icy & Sot Jaime Rojo NYC Palladino Pastel QRST Skuzz Steven P. Harrington Wonky Monky You Go Girl!