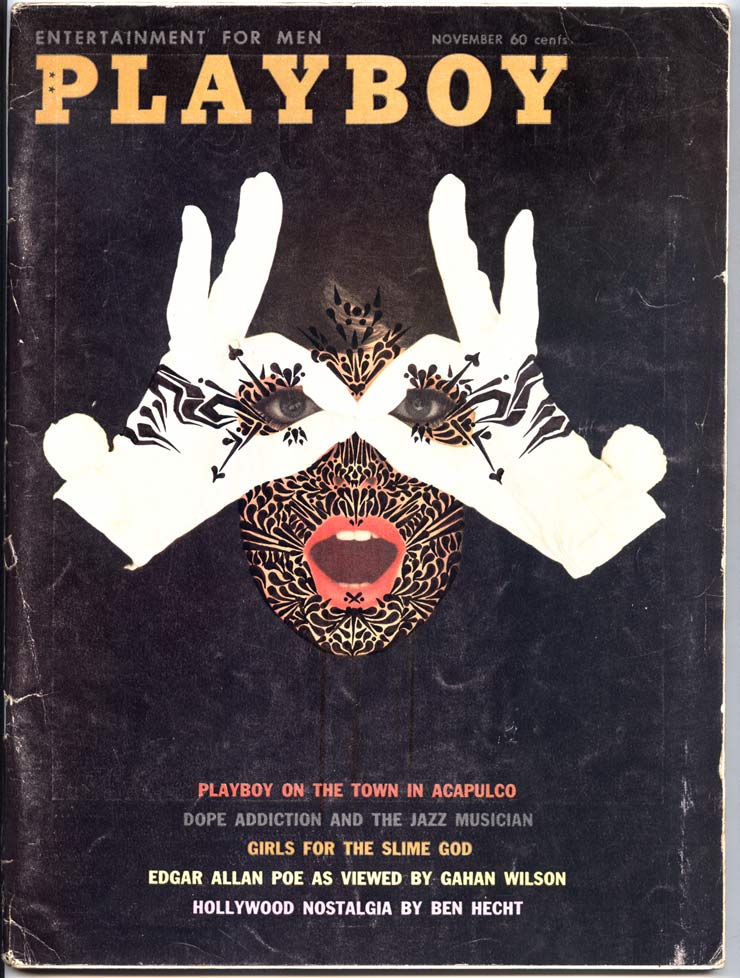 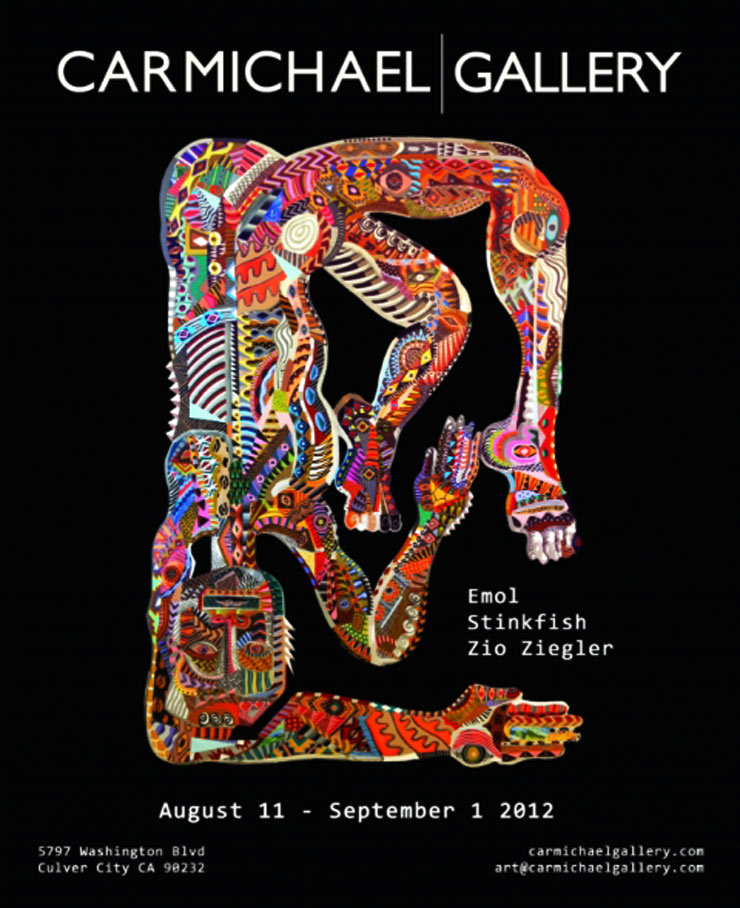 Carmichael Gallery is pleased to present Primeval, a group exhibition featuring works by Emol, Stinkfish and Zio Ziegler. The exhibition will be on view from August 11 to September 1, 2012. Zio Ziegler will be in attendance at the opening reception on Saturday, August 11 from 6-9pm.

Cities and their streets put the three artists in daily contact with the urban elements that in turn influence their work. Be it architecture and propaganda for Emol, the texture of old walls for Stinkfish, or the color of pavement after a rainy afternoon for Zio, inspiration for these artists is inextricably drawn from the outdoor environments they encounter in their respective cities. Their individual mastery of line, sources of form, and choice of color share a compassion for and understanding of history and humanity. Such honest and considered motives translate into works that are powerfully evocative and, though indigenous, universally approachable.

Emol finds the connection between art, artist and city crucial to his practice. He believes that to paint outside is the best way to grasp what is happening at the moment and to know how one’s art affects communities. Emol considers his work an embodiment of antenna to roots, capturing that which is current, but with a strong link to the past and ancestry. He achieves this largely through his color choices, which symbolize Brazil’s wealth of distinct cultures. Through traveling the various regions of his home country and closely observing their different traditions, Emol combines the tropical colors he encounters, each offering a different vibration, with lines and forms to infuse sensorial joy into urban landscapes.

Stinkfish is equally indebted to the street, having spent his childhood playing soccer and going for bike rides around his neighborhood. He is drawn to bringing his work to as many people as possible, favoring busy crossroads and streets as locations for his murals. The texture of highly trafficked, decrepit areas gives Stinkfish the feeling that he is continuing the history of a wall, mixing his story into a larger narrative of crumbling paint, grit and wear. Stinkfish also remembers having an affection when he was young for the cameras his father would buy and sell, spending hours “playing” with them, discovering their mechanisms and teaching himself techniques of framing and focusing that would become essential to his art form. His transposition of photo to mural enhances the fleeting moments of human nature he captured with his camera, leaving the final interpretation up to the public.

Zio too finds that the balance of working publicly and privately assists his entire creative process in a symbiotic way. The open source template of the streets serves as a constant reminder to him of the democratic yet organic nature of art. Though influenced by classical philosophy, literature and art, Zio constantly reminds himself of the paradigm shift towards the digital age. To be aware of this ephemeral state of painting assists the visceral encouragement of instinct in the studio. And so, with the balance of both studio and street, instinct and patience, comes Zio’s paintings.

'Our Towns' Brings Gillen and Pyatt and Artists to Basildon Walls
“We are committed to improving our town centre and art and culture has a big part to play in its future,” says Leader of Basildon Council Councillor Andrew Baggott. “We are also committed to climate ...
#9 Know Hope: 12 Wishes for 2012
For twelve days we're presenting twelve wishes for 2012 as told by an alternating roster of artists and BSA readers, in no particular order. Together, they are a tiny snapshot of the people wh...
Banksy's "M.V. Louise Michel" at Sea Rescuing and Raising Awareness
The Bristol based street artist Banksy is again walking the fine line between activism and self-promotion, uncomfortable bedfellows at best. Sponsoring a ship "M.V. Louise Michel" to rescue refug...
BSA Images Of The Week: 04.30.17
"Resistance is here to stay, welcome to your 100th day" - said people in Climate Marches across the country yesterday to President Exxon-Lockheed. God, has it only been 100 days? It feels like 1,0...
Largest Mural in The World in Vyksa, Russia, Says Artist Misha Most & Artmossphere
Organizers at Artmossphere are calling this new mural in Russia the largest mural in the world. They say that representatives of the Guinness World Records are considering its inclusion in the collect...
Brooklyn Street Art CA Carmichael Gallery Culver City Emol Stinkfish Zio Ziegler