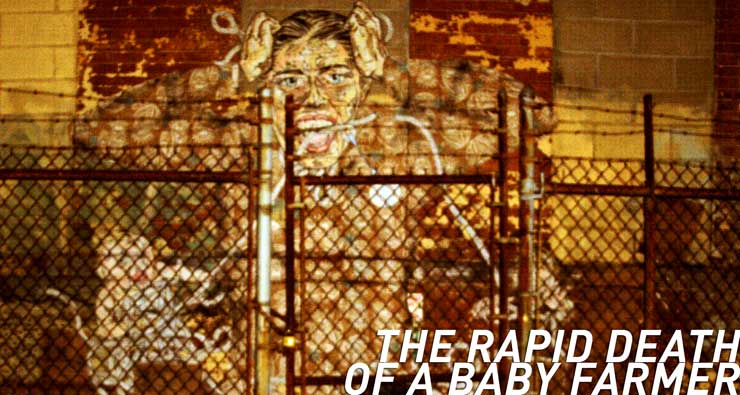 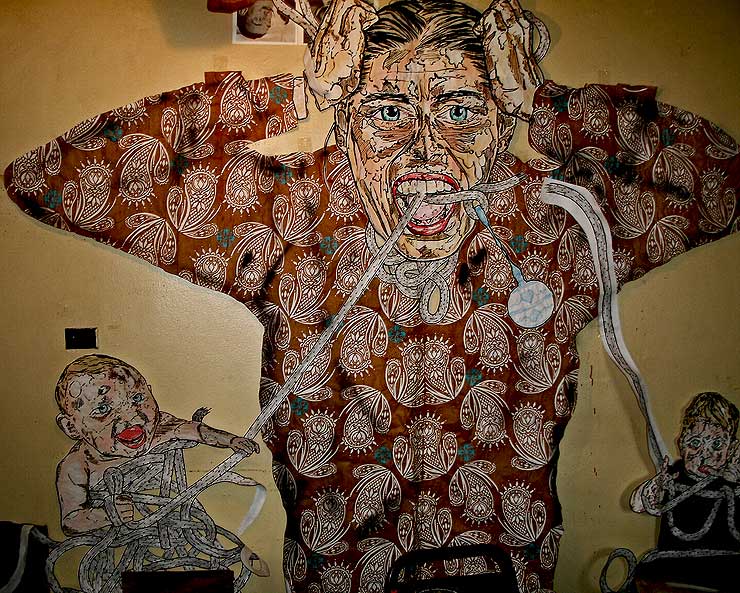 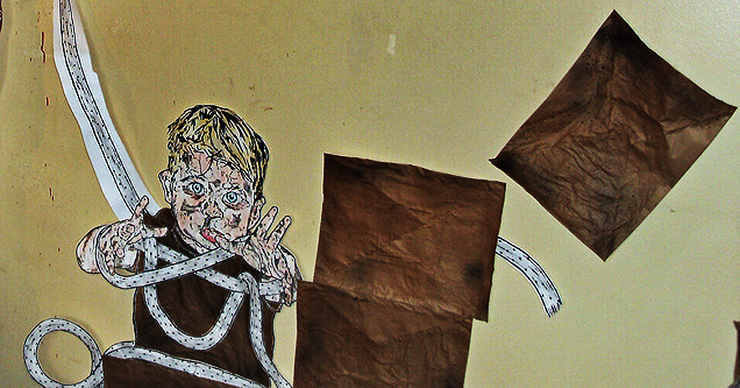 INTI Paints a Survivor in Chile: “El Tamarugo”
We have a departure for Chilean muralist INTI today – no figurative mystic signaling secret truths to you from under a hood. This is “El Tamarugo”, a colorful depiction of the native tree of Chile th...
Losing BLU in Ljubljana, Slovenia
The brilliant illustrator of fantasy and firey allegory, BLU, championed the cause of the Rog Factory squat in Ljubljana, Slovenia, in 2016 with a centrally framed handgun in pink and red. In that he...
BSA GIVEAWAY -- Stikman 2015 Calendar !
You have seen the little character on walls, lampposts, the pavement, window sills, behind bars, peeling off windows, peeking through back alleys, climbing bridges and on gallery walls. Wouldn't yo...
Swoon "To Accompany Something Invisible"
A good way to familiarize oneself with the additional dimensions that Swoon has taken on since you last caught up with her is the Street Artists show called To Accompany Something Invisible newly exhi...
GIFFITTI and the Eye Popping Animations of Ryan Seslow
You think that maybe the animated GIF is the equivalent of graffiti on the digital wall? Artist Ryan Seslow has been experimenting for a little while with that hyper eye-blitzing looping tag called t...
Amelia Dyer Dr. John Brendon Curgenven James Greewood NohJ Coley NohJColey Steven P. Harrington Street Art The Seven Curses of London